HomeProjectsNew Stadium for Inter in Bovisa

New Stadium for Inter in Bovisa 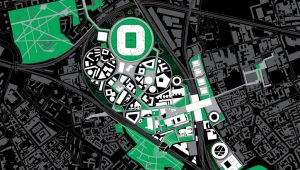 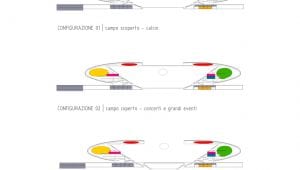 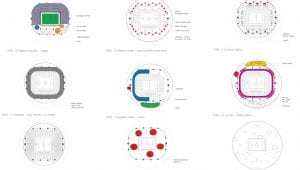 Commissioned by the F.C. International football club to study the possibility of creating a new stadium owned by the club, the Feasibility Study developed by the Boeri Studio established the possibility of a complex being installed in one of four strategic areas in Milan’s peri-urban belt that all shared similar characteristics. These four were Rho-Pero, Rozzano, Sesto San Giovanni and Bovisa and the most advanced design version was then developed around this last.

Bovisa is a historic neighbourhood north of Milan with industrial roots and thanks to post-industrial redevelopment in the last two decades perhaps the most heavily transformed part of the city, yet the area’s working class matrix has always been closely linked with strong support for football in the city. The great coach Osvaldo Bagnoli for example, was nicknamed “Uomo della Bovisa” or “Bovisa Man” precisely in order to highlight the idea of the “football worker” and a symbol of a district with supporters on every corner. The Boeri Studio thus imagined its own Bovisa as the ideal place to intercept the two dynamics combined here, namely the historic link with football and a new urban vitality. This gave rise to the idea of ​​a latest generation flexible structure spread over a total of about 30,000 square metres and able to accommodate 65,000 spectators during football matches, but also capable of providing spaces and functions to provide support for the organization of trade shows, exhibitions, conferences and concerts.

Consequently, the design for the Bovisa stadium is highly innovative in order to satisfy the demands of  multifaceted and continuous activities and enhanced by integrated commercial spaces and hospitality facilities. Overall, the area affected by the project extends over a space of ​​470,000 square metres with a dedicated traffic network thanks to direct access from the A4 motorway (in particular through the Milan – Ghisolfa and Milan – Pero exits) as well as the presence of the Bovisa railway station (part of the Ferrovie Nord Milano line), directly connected to Milan Central Station and the secondary Garibaldi, Cadorna and Lambrate stations. These infrastructural connections are augmented by the strategic Bovisa stop of the fast commuter metro line that guarantees a quick and direct connection with the city centre. The programme also includes space for a large number of different types of private vehicle in the new multi-purpose sports structure: 22,000 square metres for coach parking (equivalent to 255 vehicles) on the stadium’s level Zero while 23,000 square metres of parking allocated to the stadium’s level 1 can accommodate 770 cars.

In terms of urban development, the stadium is presented as a new focus of attention and a driving force for redevelopment of the entire district, intended to work side by side with the Milan Polytechnic Faculty of Design in its role as another focal centre able to intercept the younger and more innovative dynamics that are changing the face of this part of the city. A further central element in Rho-Pero near the intervention studied by Boeri Studio is the large new Milano Fiera exhibition centre designed by Massimiliano Fuksas which is also close to the area where the Milan Expo 2015 was held.

The project is included within a masterplan designed for Bovisa by the OMA studio which extends to the north and which develops over 727,000 square metres. This in turn is based on a combination of a series of blocks intended for a variety of uses with a planimetric layout defined by perimeter roads with a perfectly circular matrix. In this cluster design, intended to create a crucial evolution in the district, the stadium is established as a terminal element, filling the entire circular surface of one block. From this setting a “cocoon” emerges, with no continuity between the large roof and the single façade that surrounds the building. The only element of discontinuity in this translucent shell, capable of lighting up like a giant bulb, is the rectangular area left open to the sky above the playing field. On a formal level, the intervention envisages a new-generation architectural structure in line with the language and style of several large stadiums built in Europe in recentyears: increasingly simplified on the volumetric level (like large “flying saucers”) but more sophisticated in terms of the materials used and the expressive and communicative qualities of the outer skin.