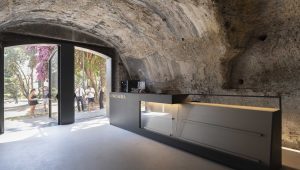 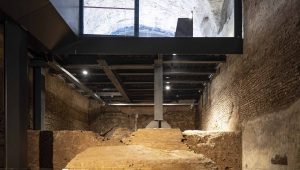 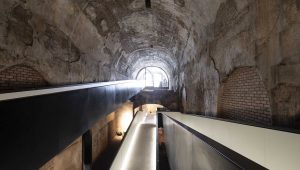 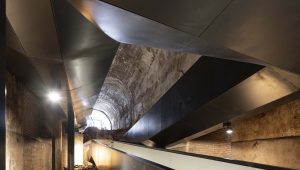 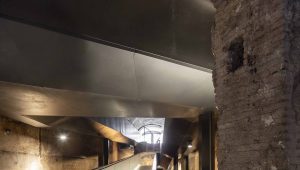 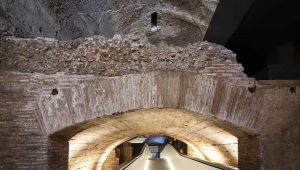 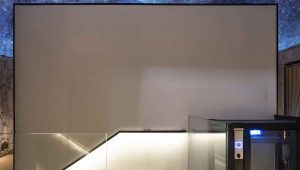 The project of the new entrance to the Domus Aurea and of the pedestrian walkway to the Octagonal Room, designed by Stefano Boeri Architetti, turns out to be an extraordinary opportunity – promoted by the Archaeological Park of the Colosseum and produced by Electa – to give the city back one of the most evocative realities of Roman history, allowing each visitor to descend into the heart of the Neronian Villa, for a progressive discovery of the stratifications of history and the beauty of the underground spaces, being able to admire, during the gradual descent, the original vaults above and the imprint of the thermal structures of Trajan period. The gallery, where the pedestrian walkway is inserted, is conceived as a dark and contained space, in which the project draws a guideline of light that accompanies the visitor through a historical tale of the ruins, suggesting the idea of ​​a journey in search of the celestial vault that opens, with a large oculus, in the Octagonal Room, the final destination of the itinerary. The path, following the entrance portal, is divided into three parts – called Vestibule, Milky Way and Landing – which makes it possible to connect the Colle Oppio park and the ancient pavement of the Octagonal Room, almost six meters lower.

The walkway that creeps between the ruins, on the verge of touching them, is completely independent from the existing walls, conceived in total respect for the context in which it is inserted and paying particular attention to the construction procedures in such a delicate environment, where artisan and entirely manual installation must be carried out, excluding the use of machinery and on-site welding which could compromise the surrounding wall systems.

The entrance portal is designed to highlight the location of the access point from the Colle Oppio park, with a system of openings and closings that incorporate both the access doors and the security system, highlighting materials such as galvanized and painted black steel sheet, in contrast with the brushed bronze details.

The Vestibule houses a space dedicated to bookshop and ticket offices, overlooking a window that allows the visitor to have an overall view of the walkway that stretches into the gallery below, in the image of a Milky Way that illuminates the space in every detail. A delicate play of lights allows the perfect usability of the entire path, highlighting construction details, wall textures and the remains of an ancient cistern and part of the Roman masonry step by step. The use of LED strips accentuates the linearity of the design, making the white resin finishes that cover the walking surfaces and the internal vertical portions of the parapets shine, while enhancing, through carefully positioned light points, the historical elements below.

The supporting structure of the pedestrian walkway – accessible to all visitors – is made up of HEB metal profiles covered with a galvanized and painted smooth sheet profile which, by optical illusion, masks its industrial dimensions and features. Stefano Boeri Architetti‘s decision to carry out such a delicate intervention, gives the users an immersive space, a unique opportunity to observe the ruins from above, up close and even to pass through them, reaching the final point of access to the Octagonal Room.

The landing of the route in one of the most evocative environments of the Neronian Villa consists of a neutral vertical element that can, from time to time, take part in the different scenarios that occur within the Domus Aurea: a perfect frame for the projection of images and videos to tell the story of the Villa, the wall – of the same size as the portal behind – changes its appearance as the use of lights of different shades, intensities and colours changes, thus becoming part of the space that welcomes it. From a technical point of view, the vertical panel located in the Octagonal Hall has the function of masking the system of the lifting platform and the final part of the walkway. In total respect to the environment in which it is immersed, the element maintains the same dimensions as the portals of which the Room is made up and, like the rest of the project, is carefully studied down to the smallest detail so as to be composed on site without the use of welding or other machinery that could somehow alter the micro-environment inside the Domus Aurea. Stefano Boeri Architetti‘s project thus gives the city of Rome and all visitors a new permanent access to one of the country’s archaeological treasures. 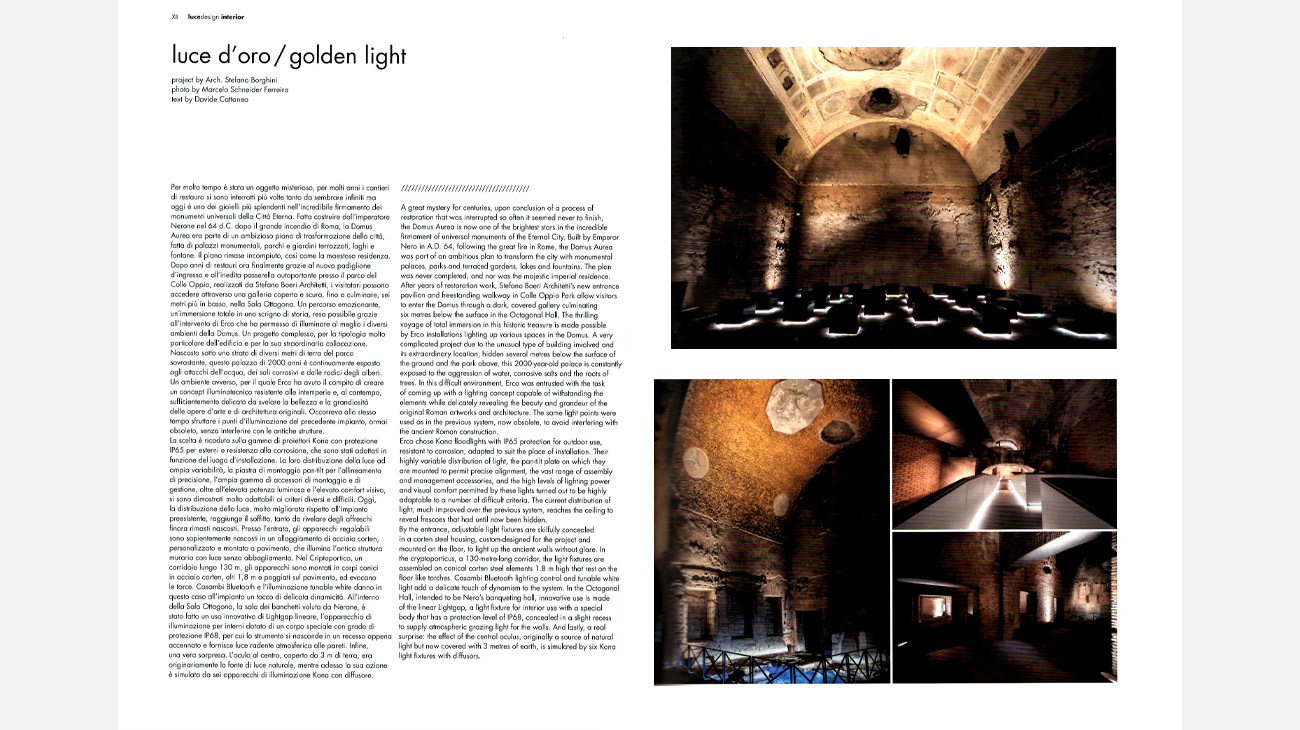 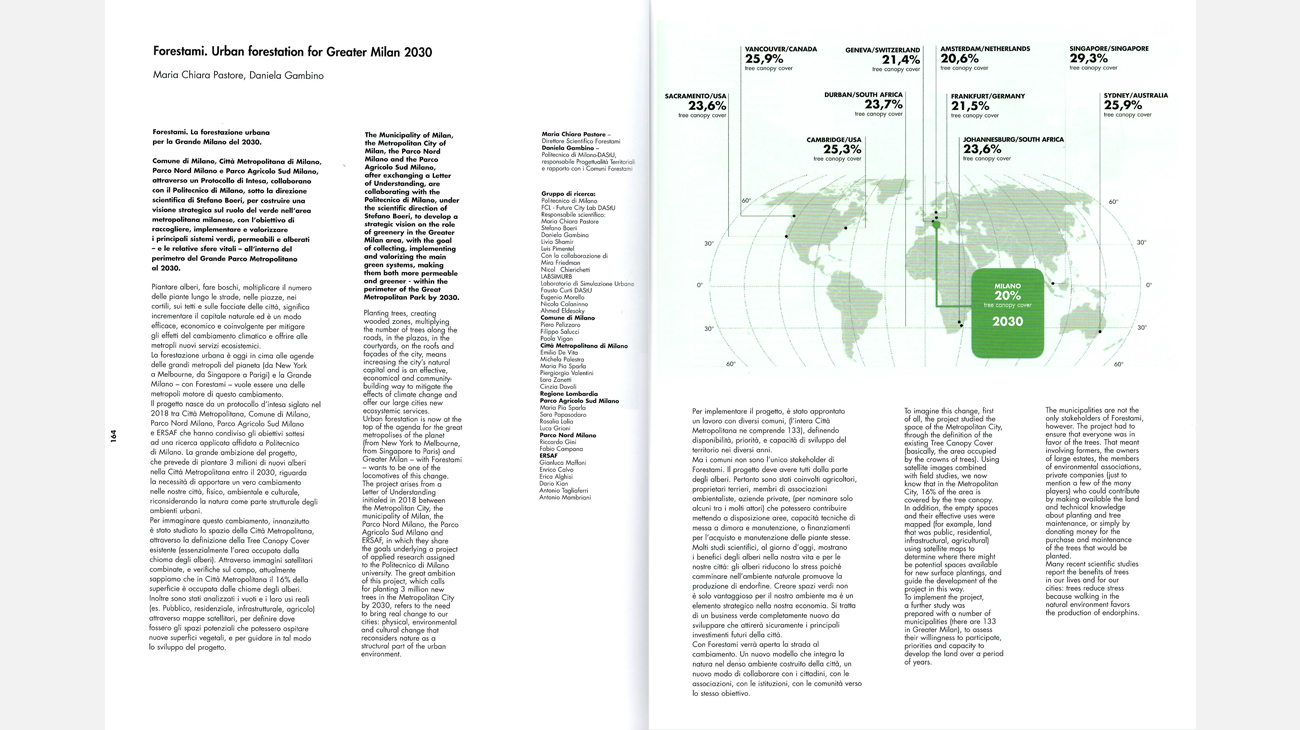