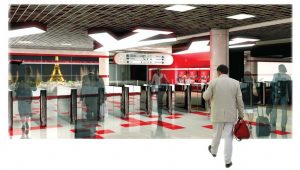 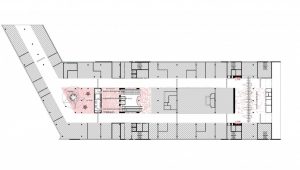 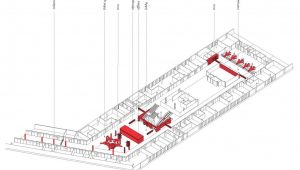 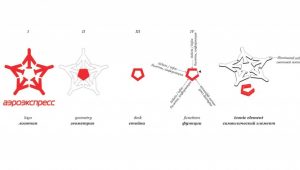 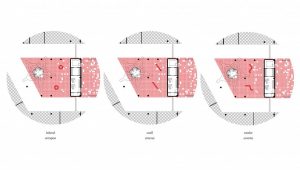 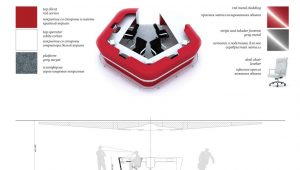 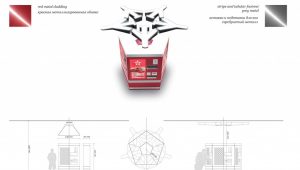 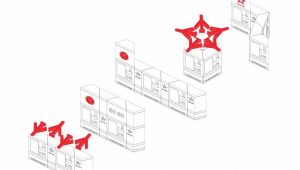 The project focuses on the connecting spaces between Moscow’s Sheremetyevo airport and the Aeroexpress railway terminal. Located near the main transit area, the intervention is divided into two sections that outline the commercial area, while a third central area contains the space housing bars and restaurants. This latter also includes vertical connections between the station offices and the airport.

From a conceptual point of view, the programme develops around the idea of a “uniform space” and is also aimed at enhancing the identity of the Aeroexpress brand, an idea that is expressed through increasing the significance of the bar and restaurant area but also by reorganizing the visual communication system with a double interpretation, in direct dialogue with users. Specifically, this has been developed in order to allow greater understanding by the various users of the hub in terms of the routes taken: on the one hand offering passengers arriving from Moscow the immediate sensation of being inside the airport; on the other, guiding railway travellers in an environment where the Aeroexpress brand is quite clearly represented. In order to reinforce the twin communication system, there are two entrances in the central area linked to different transit experiences which are in turn amplified by the floor-mounted graphics.