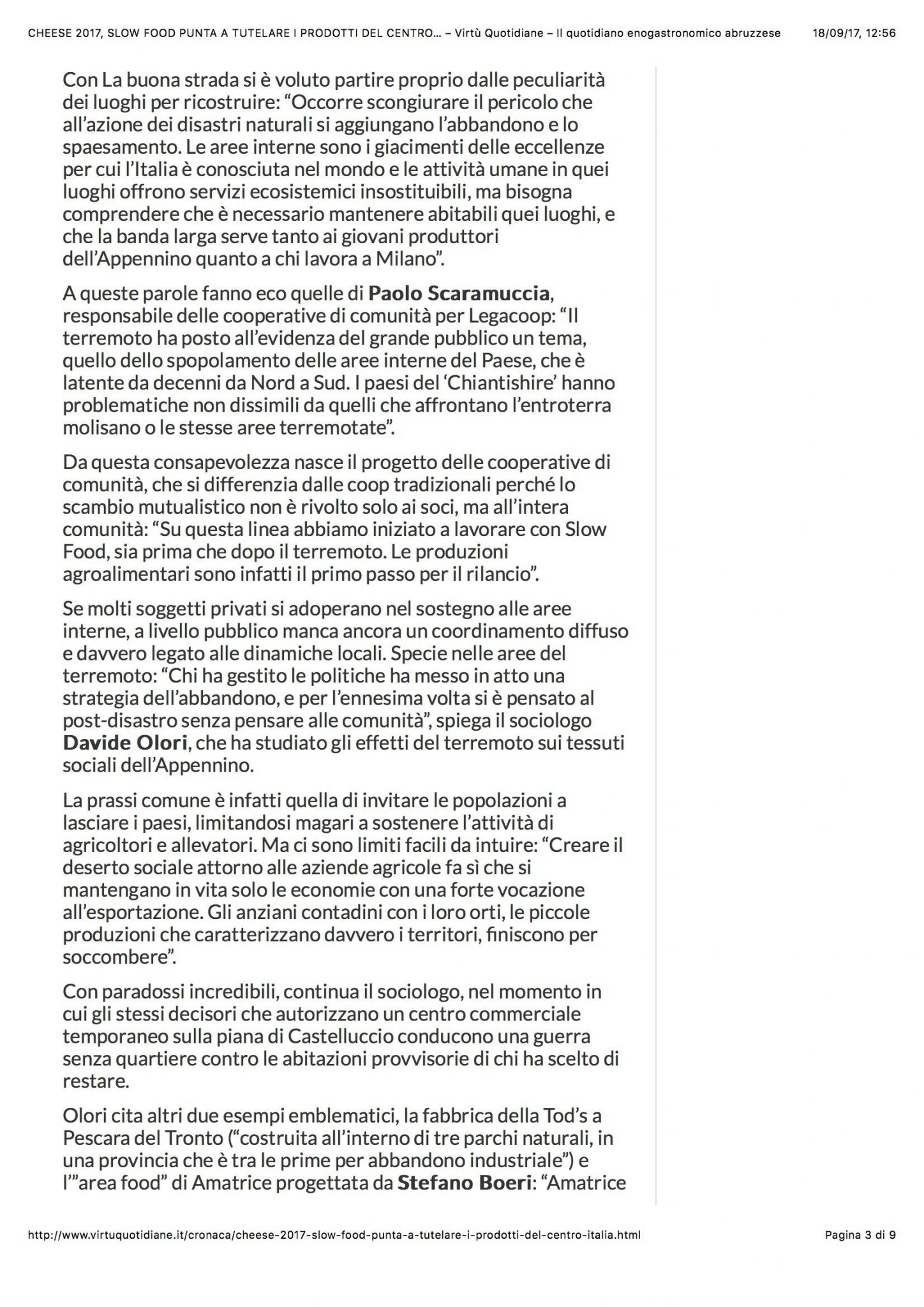 Reconstruction as creation of social basis before structural foundations. Conceived in this way, the  Amatrice Food Area designed by Stefano Boeri Architetti is a project that develops the territory and  relaunches the local economy, focusing on local food, which is the peculiar patrimony that makes Amatrice famous worldwide. The reinforcement of the community and economic network is also the same objective of Slow Food Italia, now working on the campaign  La buona strada, linked with Cheese 2017 (event organized by  Slow Food Italia and City of Bra from September 15th to 18th, promoting local cheese manufactures). Carol Petrini’s nonprofit association, which has been supporting the inner areas of Central Italy since the earthquake, acting through the General States of the Apennines Communities, is committed to rebuilding a community fabric, starting from agro-food productions, as Vice-President Lorenzo Berlendis said. Helping the country to help itself, therefore: the Buona Strada campaign, launched with the aim of financing the purchase of a van, a mobile dairy (43 thousand euros) and two mobile shops (66 thousand euros each) to be put in the disposition of farms in the four regions affected by the earthquake. The aftermath of the earthquake aims at the community and the enhancement of the territory.