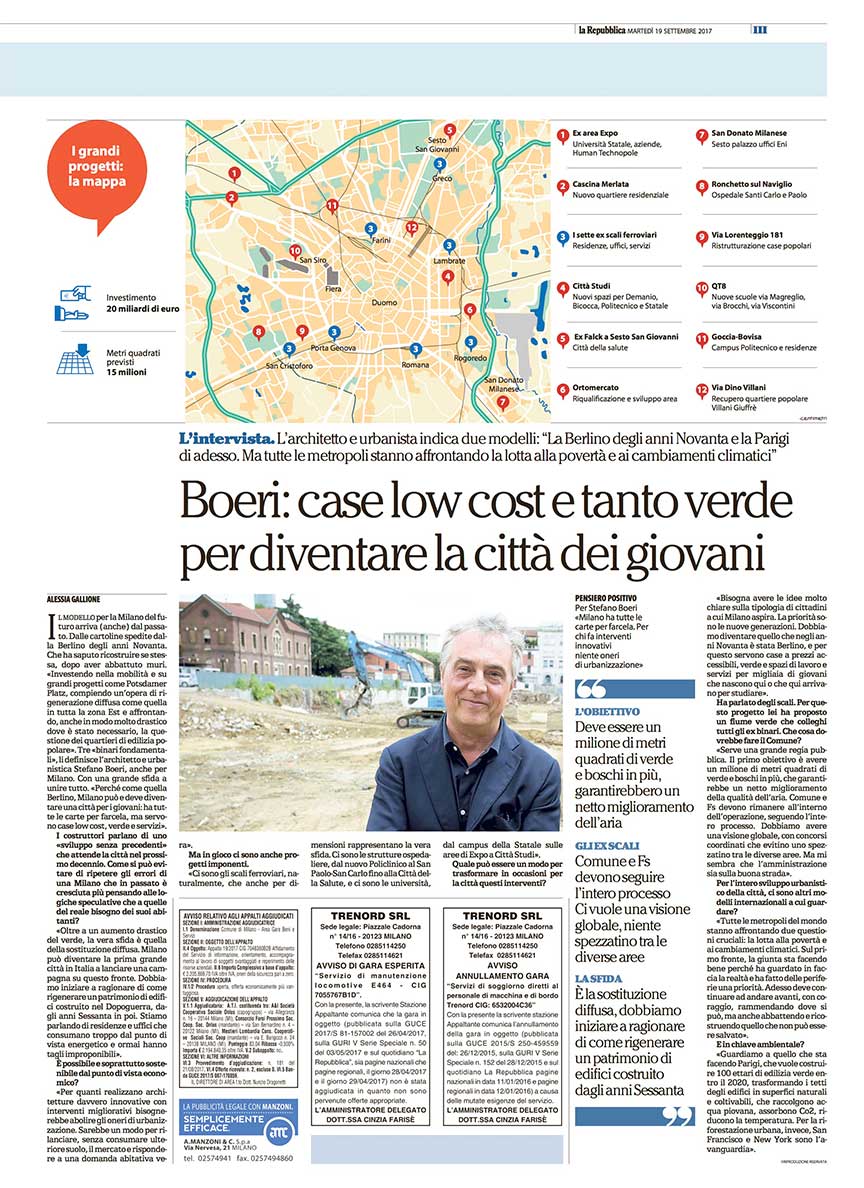 Stefano Boeri in the interview to the newspaper La Repubblica with the journalist Alessia Gallione, explains how the Milan of the future can invest in urban reforestation and widespread renewal. The architect proposes to start thinking about how to regenerate the heritage of buildings of the Post-war, which have high levels of energy consumption. Boeri explains projects and  challenges of the city: the renewal of railway yards, the hospitals – General Hospital Polyclinic, San Paolo, San Carlo and City of Health – the universities, the Statale University, the Campus on Expo areas and Città Studi. Boeri points out the necessity to abolish urban burdens in order to develop and revitalize projects based on urban ecosystem. Milan, argues the architect, must aim at the next generation, just as Berlin did in the ’90s. With affordable houses, services, greenery and work space for young people who was born in Milan or who came here to study.