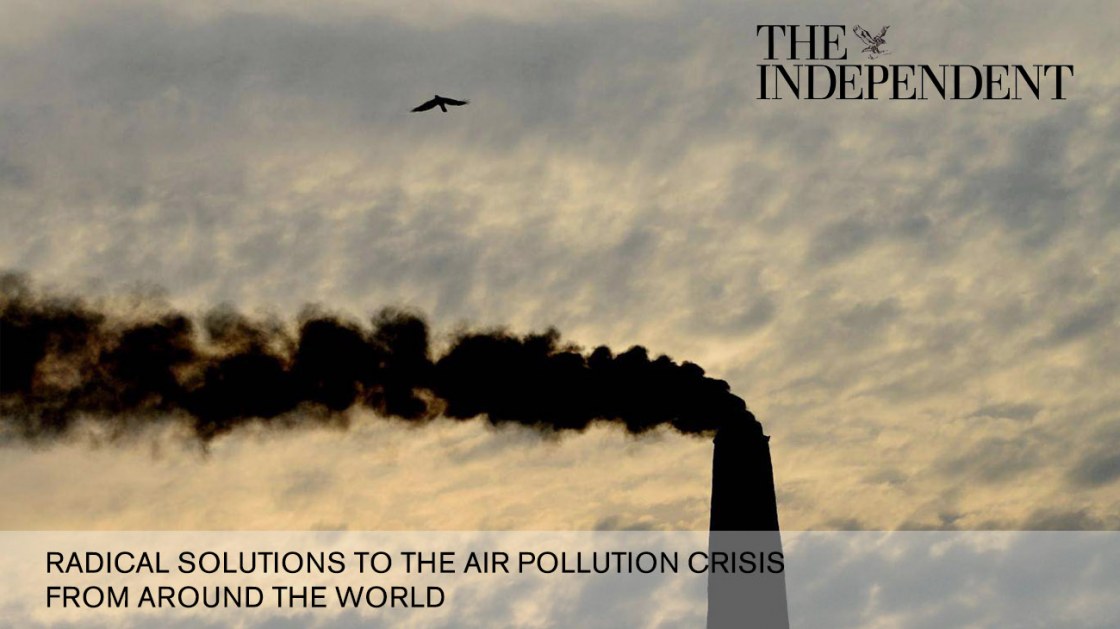 “We saw birds that fell from the sky” – this is how Josh Gabbatiss entitles his article for Independent. The journalist analyzes the “new plague” striking our planet and looks at the global cities employing dynamic and innovative strategies to part ways with particles.

“Air pollution is a serious global concern, linked by the World Health Organisation (WHO) to over 5.5 million deaths every year. It has been described as a greater threat to the world population than malaria and HIV combined”. British journalist focuses on London, as a showcase of metropolis suffering from smog and considered one of the most polluted cities in Great Britain and Europe. To illustrate the scale of the problem a testimony of Professor Kian Fan Chung, a respiratory-medicine specialist at Imperial College London:  “Impacts on cardiovascular and respiratory diseases are well known. But new information now indicates effects on the brain, low birth-weight babies, increased cancer risk etc. At certain levels of pollution, even normal people start to experience symptoms such as coughing and tight breathing, with increasing risk of chest infections.”

However the problem is not new to London governors, in fact, it’s been 10 years since the adoption of the low-emission zones, designed to restrict high-polluting vehicles. And unfortunately the ten years checkpoint demonstrates the low efficiency of these measures. “Nearly 10,000 Londoners die prematurely each year due to the effects of air pollution, and in 2014 Oxford Street was described as having levels of nitrogen dioxide that were “easily the highest in Europe”.

While London is still searching for more effective solutions an ambitious, citywide intervention has been suggested by Stefano Boeri. “His plan for polluted Chinese cities is to fill them with tower blocks covered from top to bottom in greenery. Besides the aesthetic appeal, the plant-covered buildings would absorb carbon dioxide and fine particulates in the atmosphere, making the air far safer to breathe. The architect has already constructed a small-scale Vertical Forest in his native Italy, and he has big plans for tackling pollution in China. Beginning with prototype skyscrapers in the city of Nanjing, he has expressed a desire to create entire Forest cities for people to live in. A less ambitious suggestion is simply to plant more trees, in the hope that they can absorb unpleasant chemicals from the atmosphere and perhaps shield pedestrians from the aerial onslaught”.

The author concludes with expressing his concerns towards the strategies of single governments that need to be improved. “The air pollution crisis in cities will not be solved overnight, but it does need to be solved. The Government is currently being threatened with court action by the EU, while closer to home it has recently been taken to court for the third time over its strategy by environmental lawyers Client Earth. “It’s not an easy problem to solve. It will take time,” says Chung. “All the potential solutions are available or will be soon, but there is a balance of what can be done and what should be done, determined by political, social and financial considerations.” Campaigners and scientists emphasise the importance of cutting pollutants off at the source, rather than investing in schemes that remove the pollutants already there. That means cutting down on fossil fuels, investing in electrical power and keeping high-polluting vehicles away from cities.

While it is tempting to look at exciting new solutions to the air pollution crisis, the best solutions may also be the simplest”.