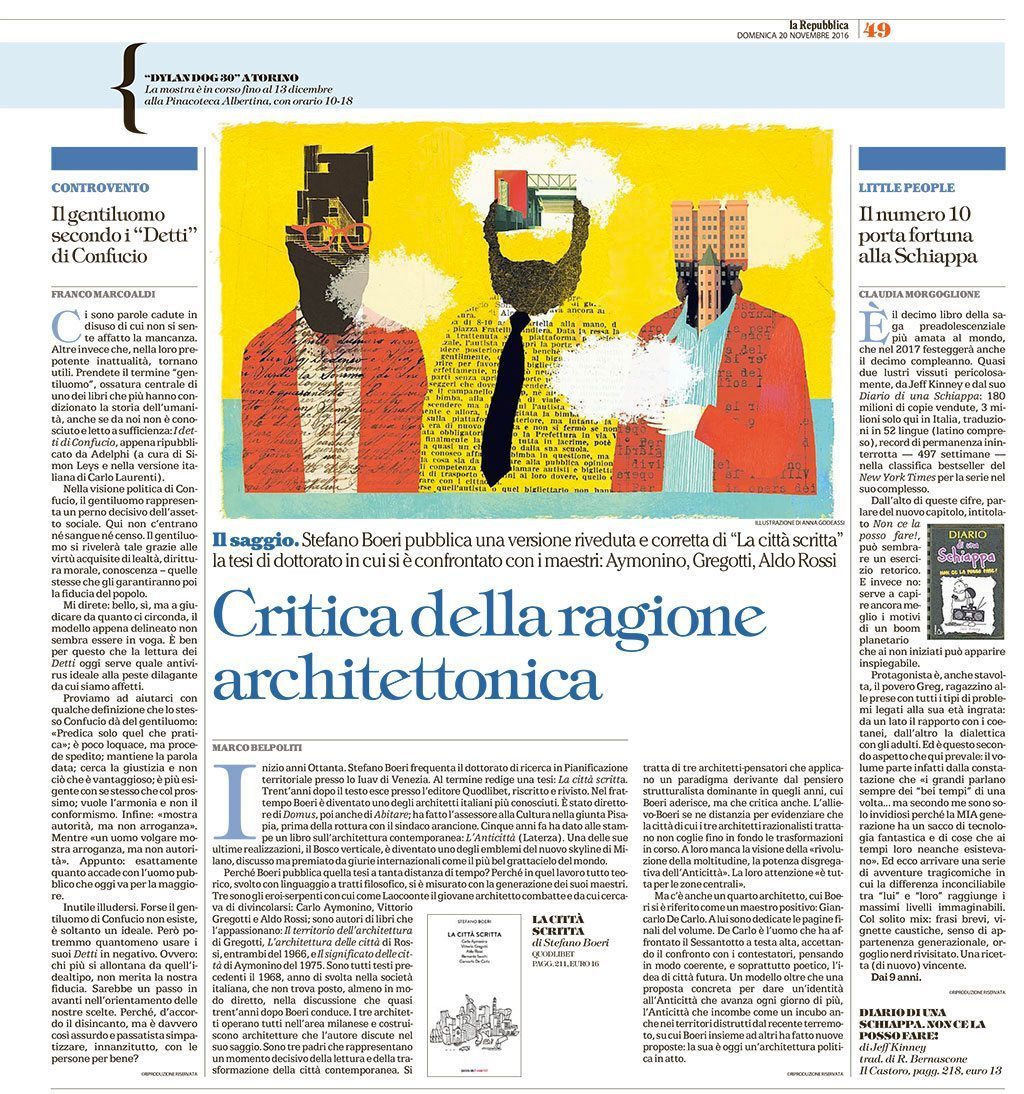 Marco Belpoliti reviews the last book of Stefano Boeri, “La città scritta”, which is the Ph. D thesis of the architect. Belpoliti analyzes the way in which Boeri looks at the function and the philosophy of the cities, starting from his readings of Carlo Aymonino, Vittorio Gregotti and Aldo Rossi‘s writings, but discussing their points of view. Because the ways they look to their cities don’t completely care about the transformations that were affecting all the urban contexts.