HomePress release professione architetto | 52 answers to the call for arts

professione architetto
52 answers to the call for arts 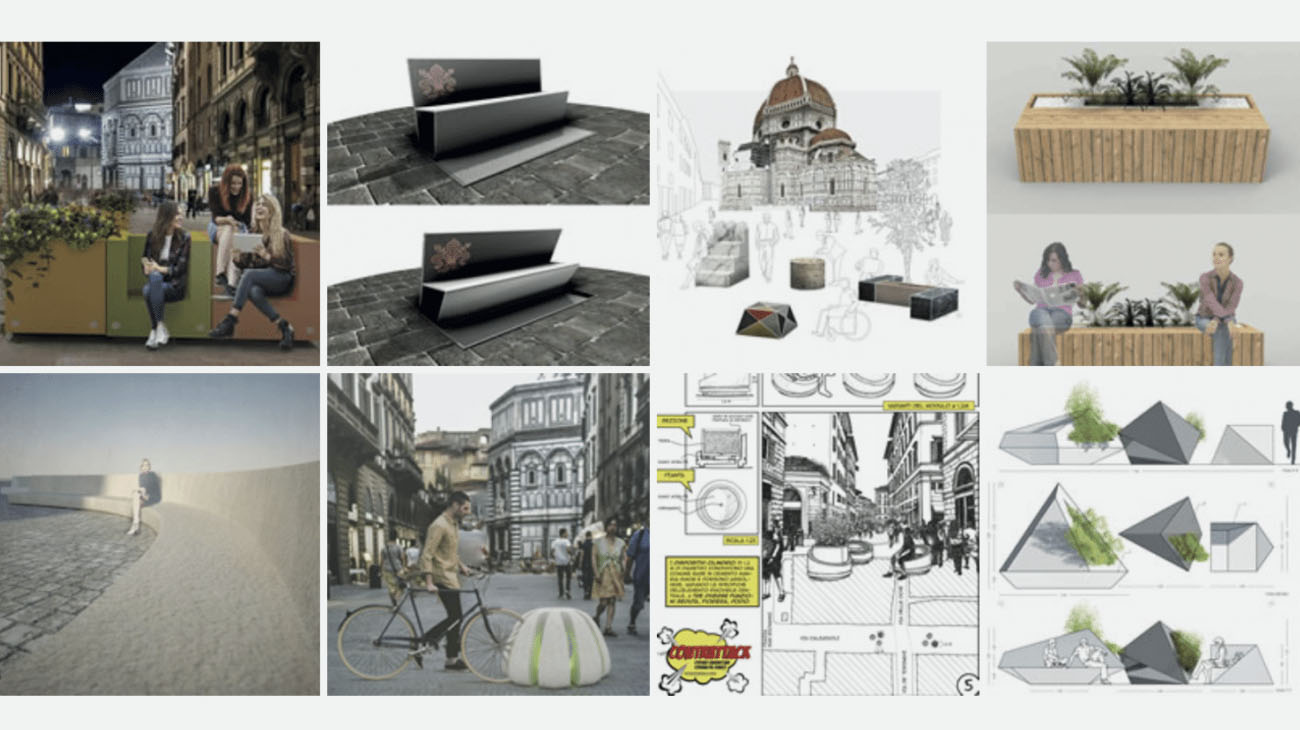 The 52 projects presented to the City of Florence in response to the Call for Arts #Florencecalling, public appeal launched in the summer 2017 to transform the anti-terrorism barriers into urban furniture, were exposed on Friday, January 26th, in an exhibition in the Refectory of Santa Maria Novella.
Appeal addressed to companies, schools, designers, creatives and professional studios has involved Italian and international citizens. 52 proposals collected.
The inauguration took place in the presence of the Mayor of Florence Dario Nardella, Councilor for urban planning and architecture of Paris Jean Louis Missika and Architect Stefano Boeri, who launched the idea of ​​involving creativity in the design of innovative devices for protection of public spaces.
Missika’s presence, one of the most active and attentive political exponents when it comes to linking urban planning and security requirements, signed the birth of a Florence-Paris axis centred on the city protection theme.
“The variety and quality of the proposed solutions – says Stefano Boeri – confirm the importance of making a virtue out of necessity, thanks to the creativity of architects, artists, artisans, companies, avoiding transforming our most beautiful squares into militarized places.The success of the call given by the numerous proposals received demonstrates the desire not to surrender to fear, but to fight it with beauty and creativity. It becomes an example of victory for the community and urban rebirth under the sign of aesthetics and the need for protection”.