Parallelo 42
Vertical Forest – A merge of technology, individual and society 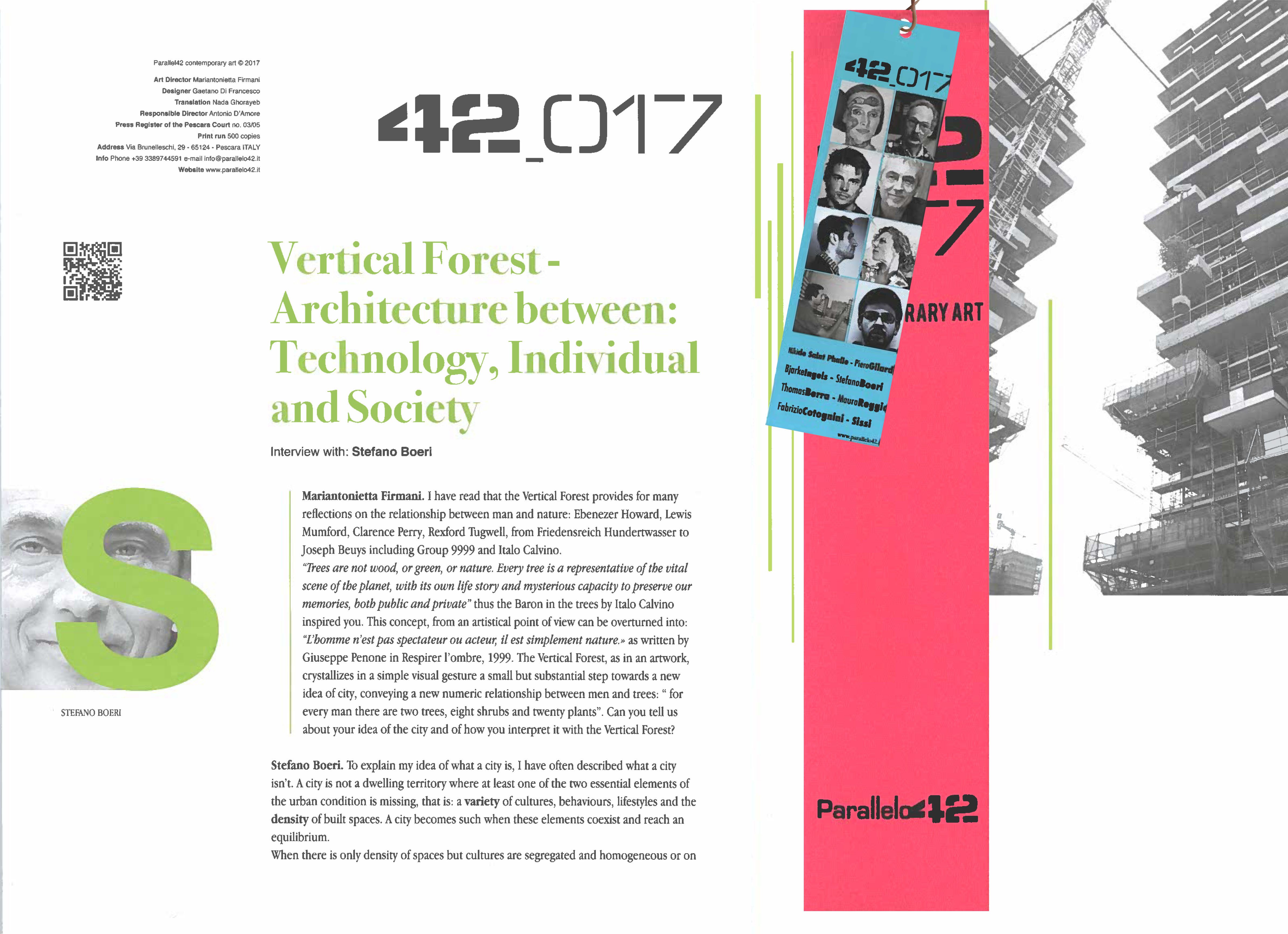 In a long Interview with the Parallel42 Contemporary Art, Stefano Boeri explains his idea of a city and how he interpreted it in Vertical Forest project. He also speaks about the relationship between technology, human, city and nature in his project. The Architect emphasized that the Vertical Forest is not using the vegetation as ornament,  it is a scientific experiment, the prototype of a new type of architecture where greenery is a substantial and priority element.