HomePress release NYPOST.COM | A ‘VERTICAL FOREST’ IS BEING BUILT IN CHINA

NYPOST.COM
A ‘VERTICAL FOREST’ IS BEING BUILT IN CHINA 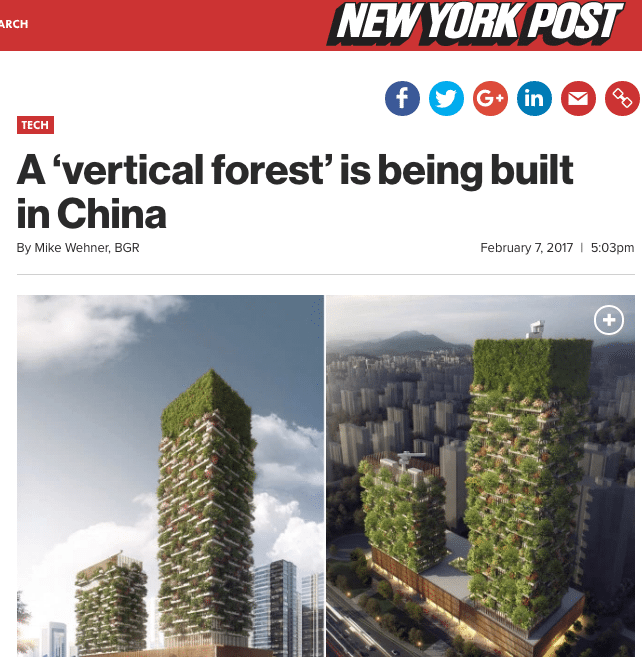 How do you combat the ills of poor air quality and pollution in a massive city of over eight million people, where there’s hardly room to plant new trees? You build a forest straight up into the sky. That’s the idea behind the Nanjing Vertical Forest, designed by famed architect Stefano Boeri, which is scheduled to be fully built by 2018.  The “forest” will actually be a pair of towers absolutely covered in greenery, which will absorb tons of CO2 and produce a wealth of oxygen at the same time.