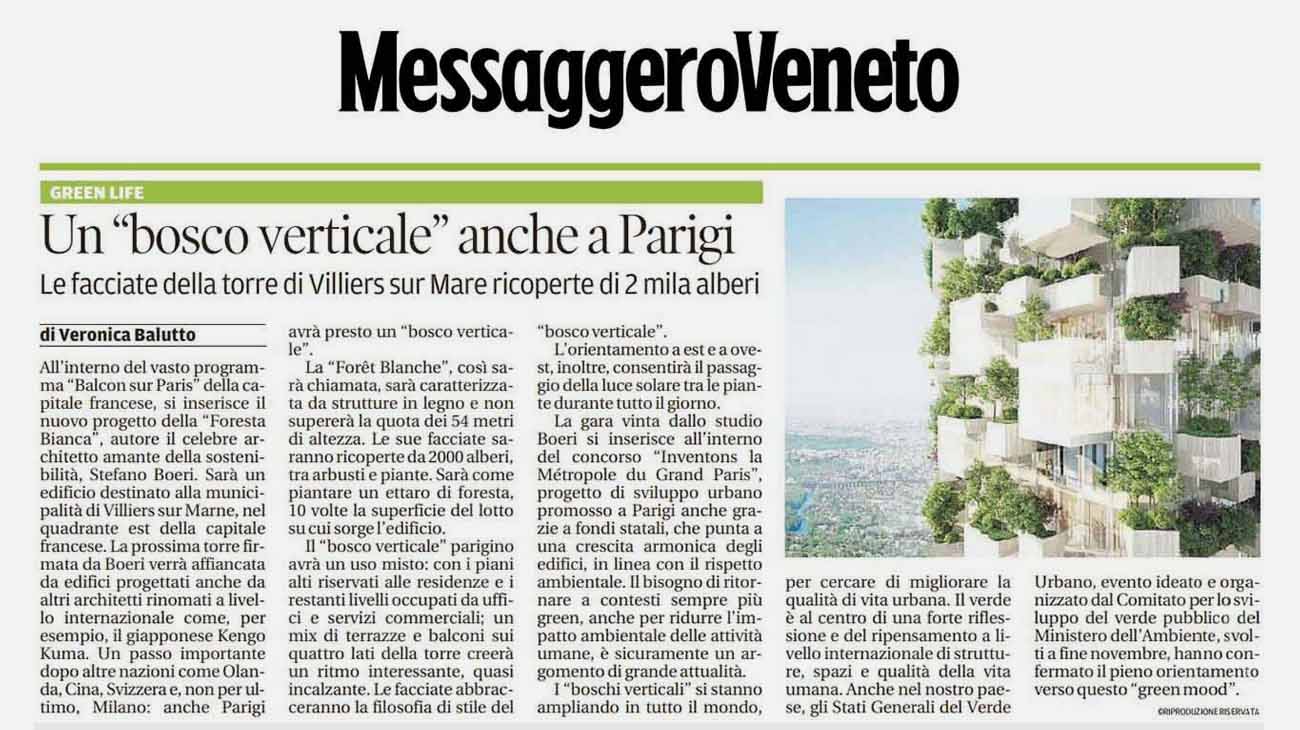 The newspaper Messaggero Veneto publishes the new Vertical Forest project signed by Stefano Boeri Architetti which will be built in Paris. The facades of the 54-meter high tower will be covered by 2000 trees, shrubs and plants, becoming a green surface equivalent to a hectare of forest.

Forêt Blanche will be an important step of the global campaign for Urban Forestry launched by Stefano Boeri Architetti one year before the WFUF (The First World Forum of Urban Forestry) in Mantova. The concept of Vertical Forest is spreading all over the world, in order to improve the quality of urban life, to reverse climate change and to favour the survival of living species. Following the first model of Vertical Forest in Milan, other nations such as Netherlands, China, Switzerland will soon have their Vertical Forest.