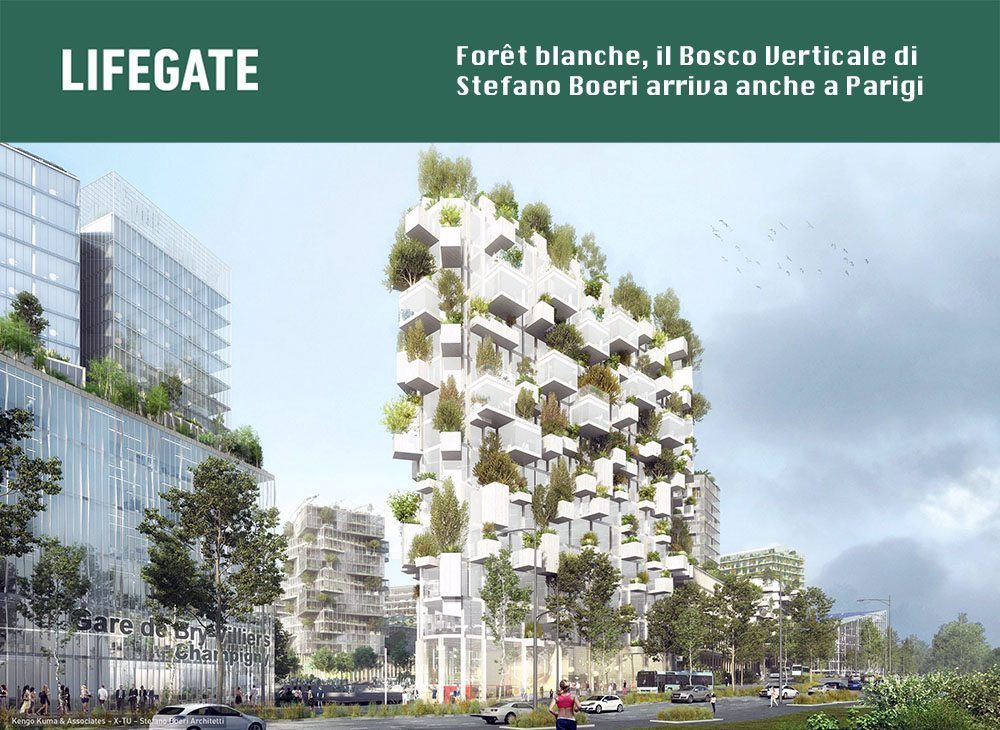 The Forêt Blanche will be the first French Vertical Forest, which will be built in the eastern quadrant of the Parisian metropolitan area, in the town of Villiers sur Marne. Lifegate reflects on the development of the idea of using the green element in the projects of the studio, from the first prototype built in Milan to the other Vertical Forests all over the world.

With Forêt Blanche, which joins the Vertical Forest family, currently under construction in China, Europe, South America and the United States, Stefano Boeri Architetti also extends its research into France, towards a new generation of architectural structures that encompass the vegetal component as an essential element, going beyond the concept of green as just a simple decoration. Architectural structures that take up the challenge of fighting climate change and increasing biodiversity in urban contexts.