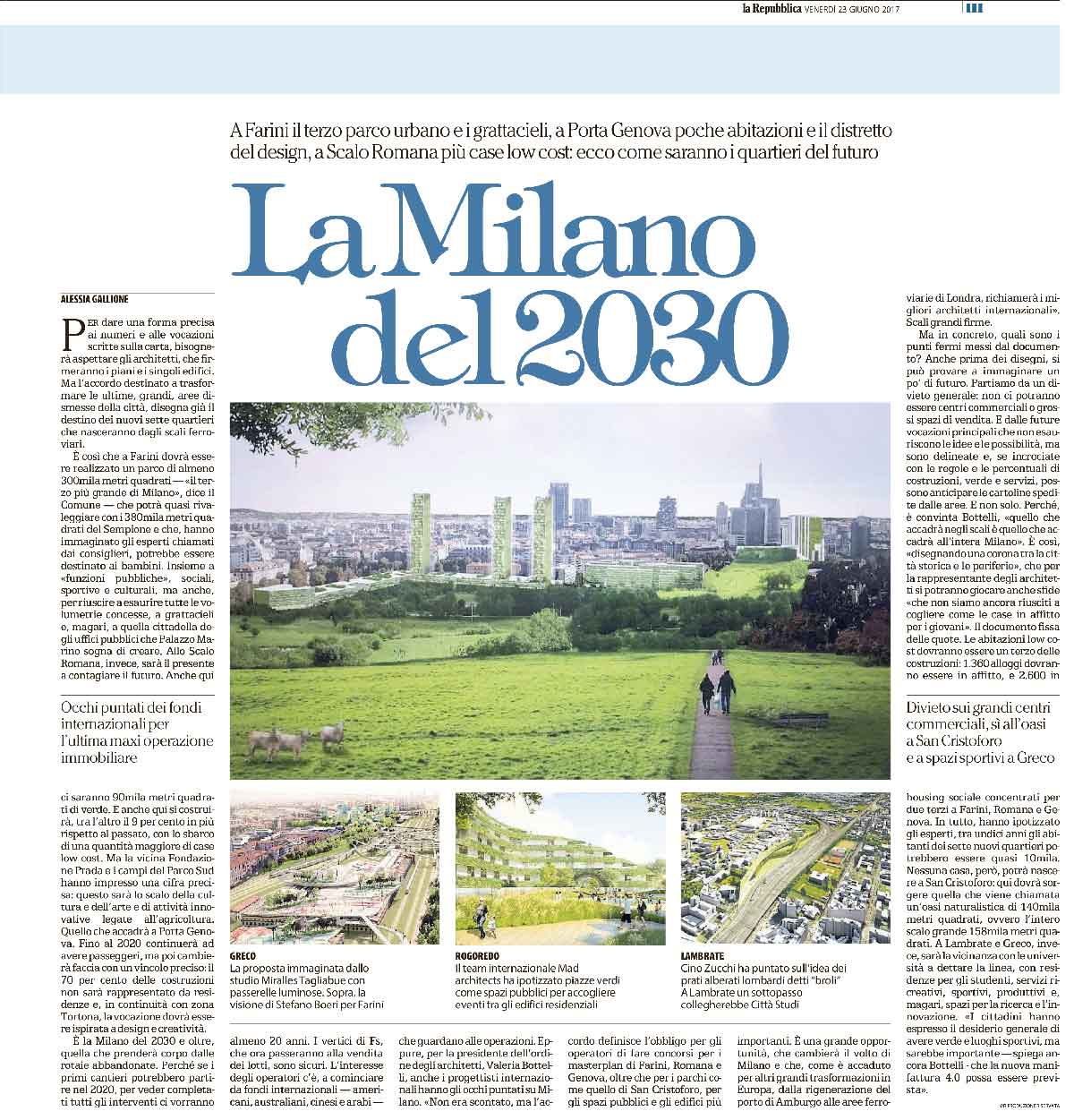 The agreement for the redevelopment of disused areas of the city of Milan, design the fate of seven new district that will born from abandoned rail yards, every rail yard will have an purpose relative to the urban and cultural context of each district. The agreement defines also the obligation for operators to provide open competition for masterplans, public spaces and major buildings.
During Salone del Mobile, five architecture studios were called to design five visions of possible future of Milan. Stefano Boeri Architetti presented a continuous flow of parks connected by pedestrian and cyclable corridors, a real Green River for Milan.