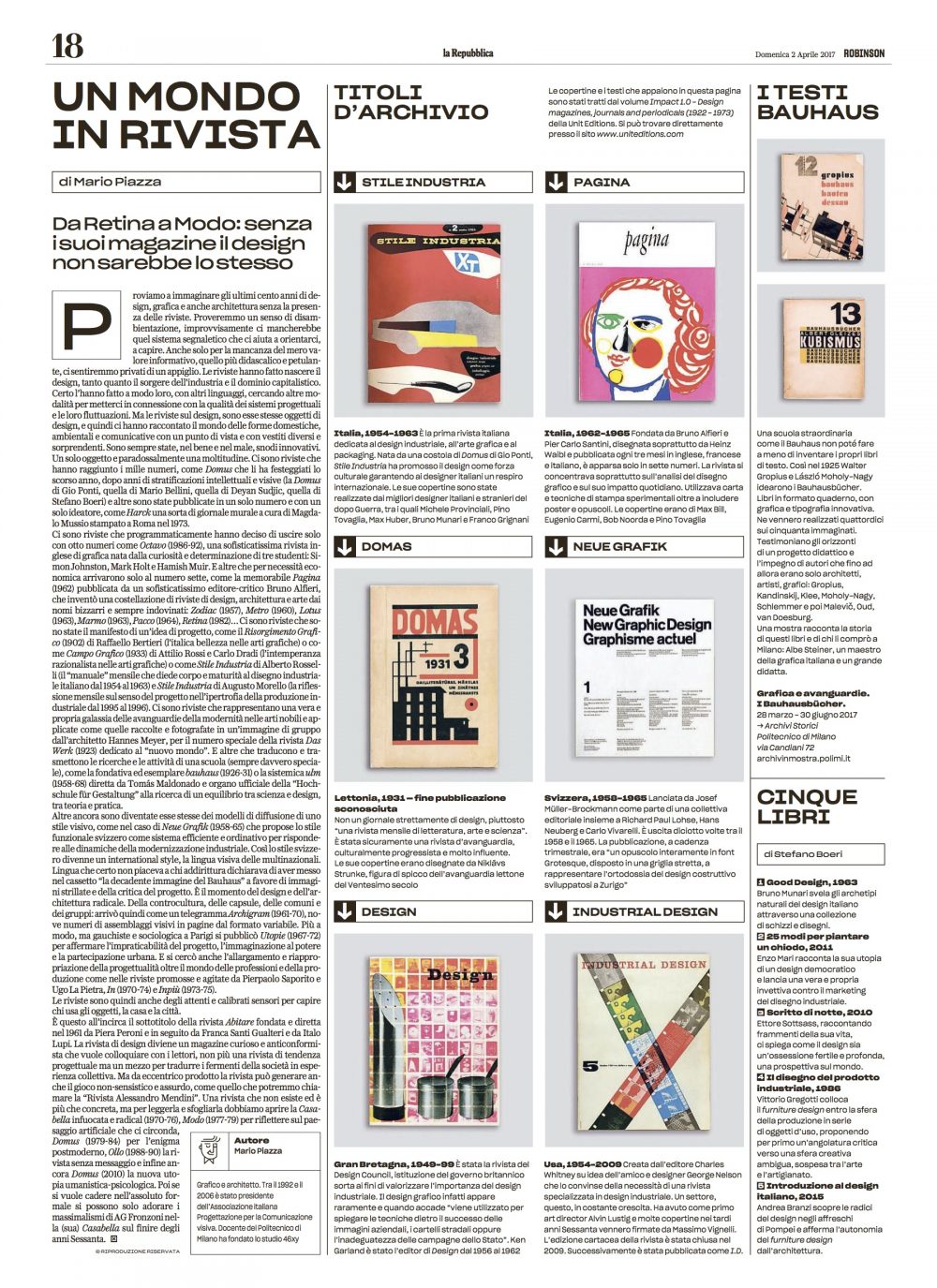 The issue of Robinson on newsstands Sunday, April 2 with Republic is dedicated to design. The Milan Design Week 2017 opening on April 4th is the opportunity for a reflection on the design, of how it became an art that deals with many areas of our lives, with articles signed by the protagonists of Italian architecture and design.
Stefano Boeri signed the contribution “Five books“, five significant publications.
1) GoodDesign 1963. Bruno Munari reveals the natural archetypes of Italian design through a collection of sketches and drawings.
2) 25 ways to drive a nail, 2011. Enzo Mari tells his utopia of a democratic design and launch a real invective against the marketing of industrial design.
3) Written night, 2010. Ettore Sottsass, telling fragments of his life, explains how the design is an obsession fertile and deep, a perspective on the world.
4) The design of the industrial product, 1986. Vittorio Gregotti places the furniture design within the sphere of mass production of objects of use, offering for the first critical angle toward an ambiguous creative sphere.
5) Introduction to Italian design, 2015. Andrea Branzi discovers the roots of design in the frescoes of Pompei and affirms the autonomy of furniture design architecture.

Mario Piazza in the article “A world on reviews” describes the world of magazines that have made the history of design. He mentions also Domus and Abitare, directed by Stefano Boeri in the years 2004-2007 and 2007-2011.