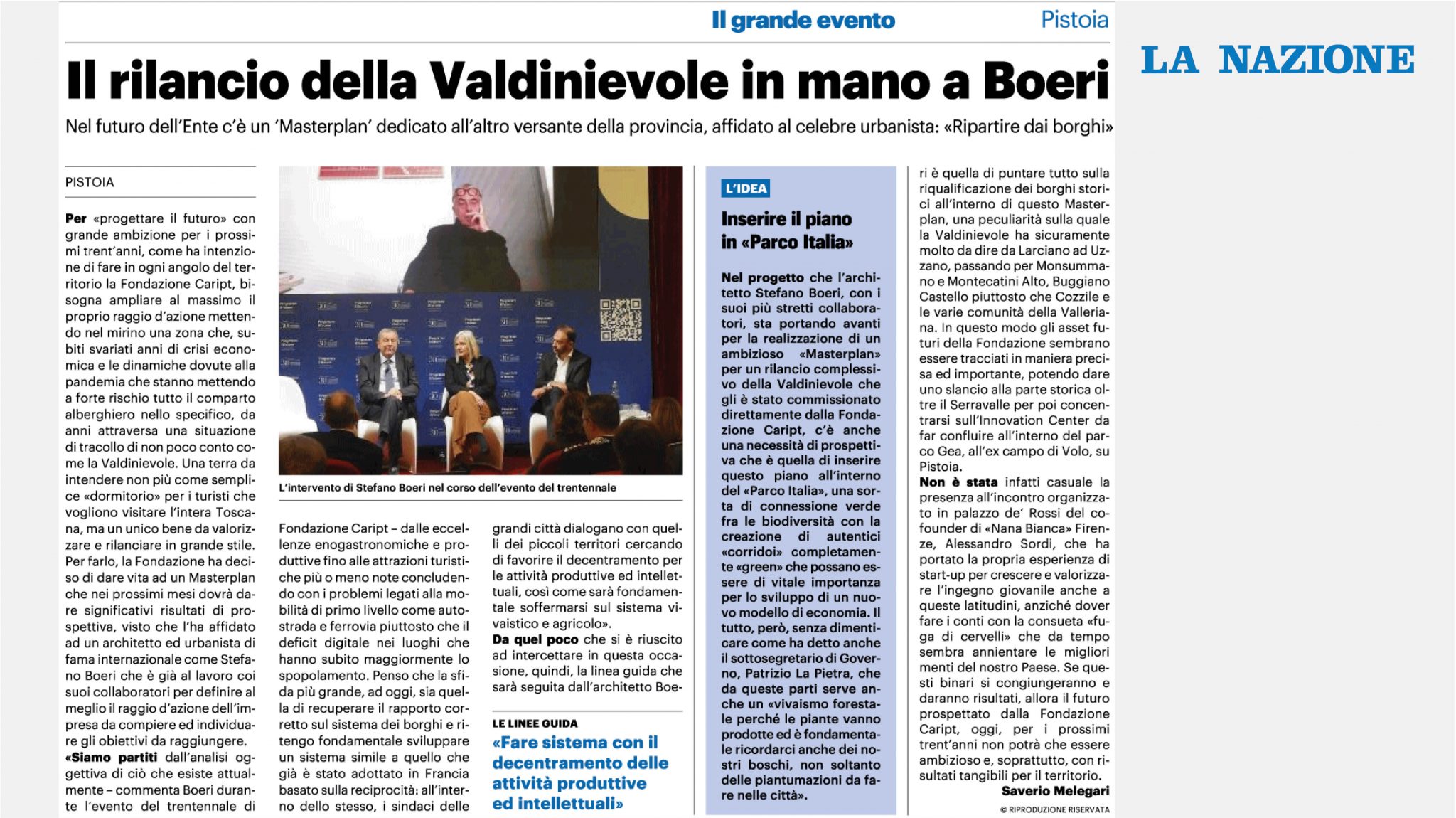 The newspaper La Nazione described the event Progettare il Futuro, on the occasion of the 30th anniversary of Fondazione Caript, Fondazione Cassa di Risparmio di Pistoia e Pescia, a non-profit organisation supporting community welfare and the cultural and social growth of the territory.

At the round table coordinated by Vittorio Meloni, Stefano Boeri presented his vision for the Valdinievole masterplan, linked to the redevelopment of 11 villages

“I think that the biggest challenge, to date, is to recover the correct relationship on the system of villages, and I think it is fundamental to develop a system similar to the one that has already been adopted in France based on reciprocity: within it, the mayors of large cities dialogue with those of small territories trying to favour decentralisation for productive and intellectual activities, just as it will be fundamental to focus on the nursery and agricultural system,” added Stefano Boeri.

To read the full article: https://www.lanazione.it/pistoia/cronaca/inserire-il-piano-in-parco-italia-1.8302820

The news was picked up by other national newspapers such as Il Tirreno, TVL, Toscana24 in two articles