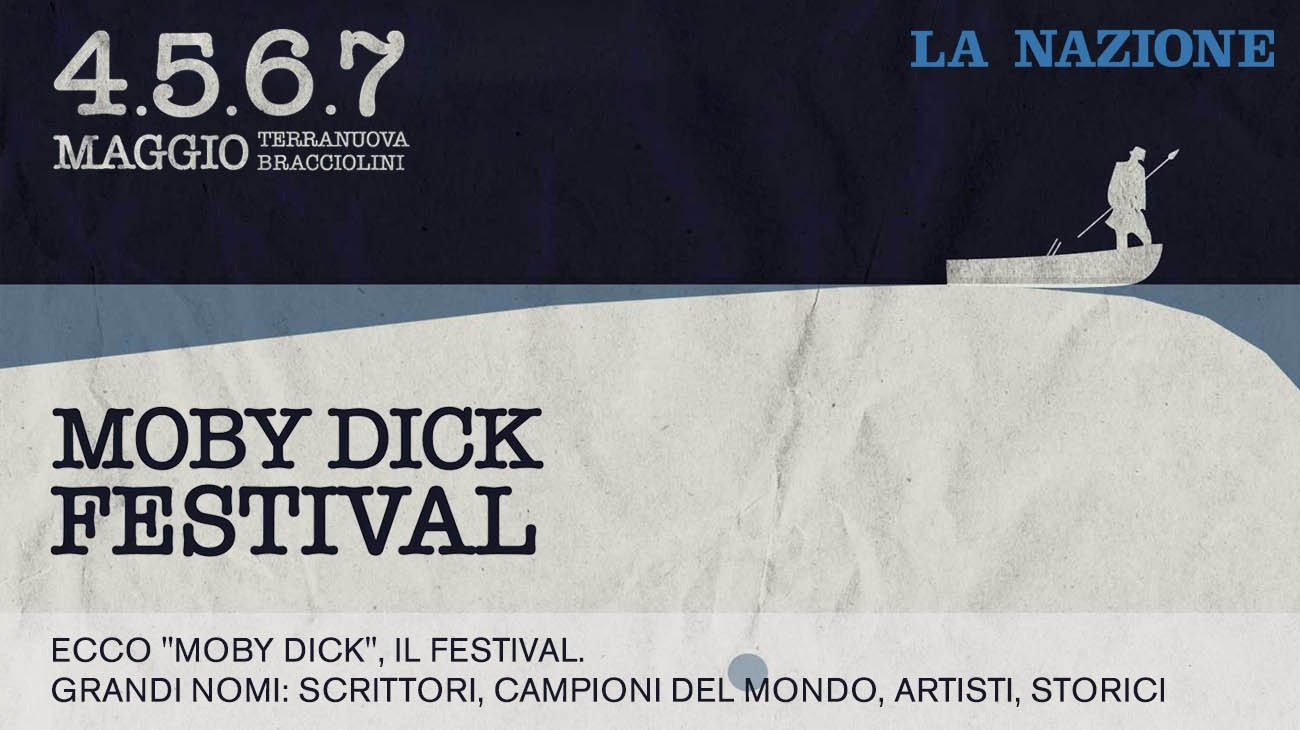 La Nazione writes about a cultural event against the trivialisation of the sense of life: Stefano Boeri will take part in a discussion on Saturday, May 5, at 4.15 pm. The Moby Dick Festival is an event inspired by the big festivals of culture and literature. The festival has been invented by Elisa Erica Sommaruga and Paolo Martini, two entrepreneurs from Terranuova, who took part in all the major literature festivals in Italy for their personal interest. They want to create an occasion of analysis and debate bringing writers, journalists, historians, authors and free thinkers to their hometown. They want to face current circumstances, bringing a focus back to  the report, the analysis and in-depth studies.

The chosen theme for the first edition is “The Community and the Connections” and according to the Mayor Sergio Chienni “it starts from the necessity of underlining the importance of a strong and supportive society, a community intended as a space where citizens act with the common goal of improvement of the social condition and of the common wisdom“. Moreover the name of the festival alludes to the metaphor of the whale hunt and more precisely to a quote of the philosopher Peter Sloterdijk: “Whether we like it or not, each of us sails  on a whaler”, and so each of us is looking for a personal “obsession”, however it is called”.

The full article on: https://www.lanazione.it/arezzo/cultura/ecco-moby-dick-il-festival-grandi-nomi-scrittori-campioni-del-mondo-artisti-storici-1.3876097