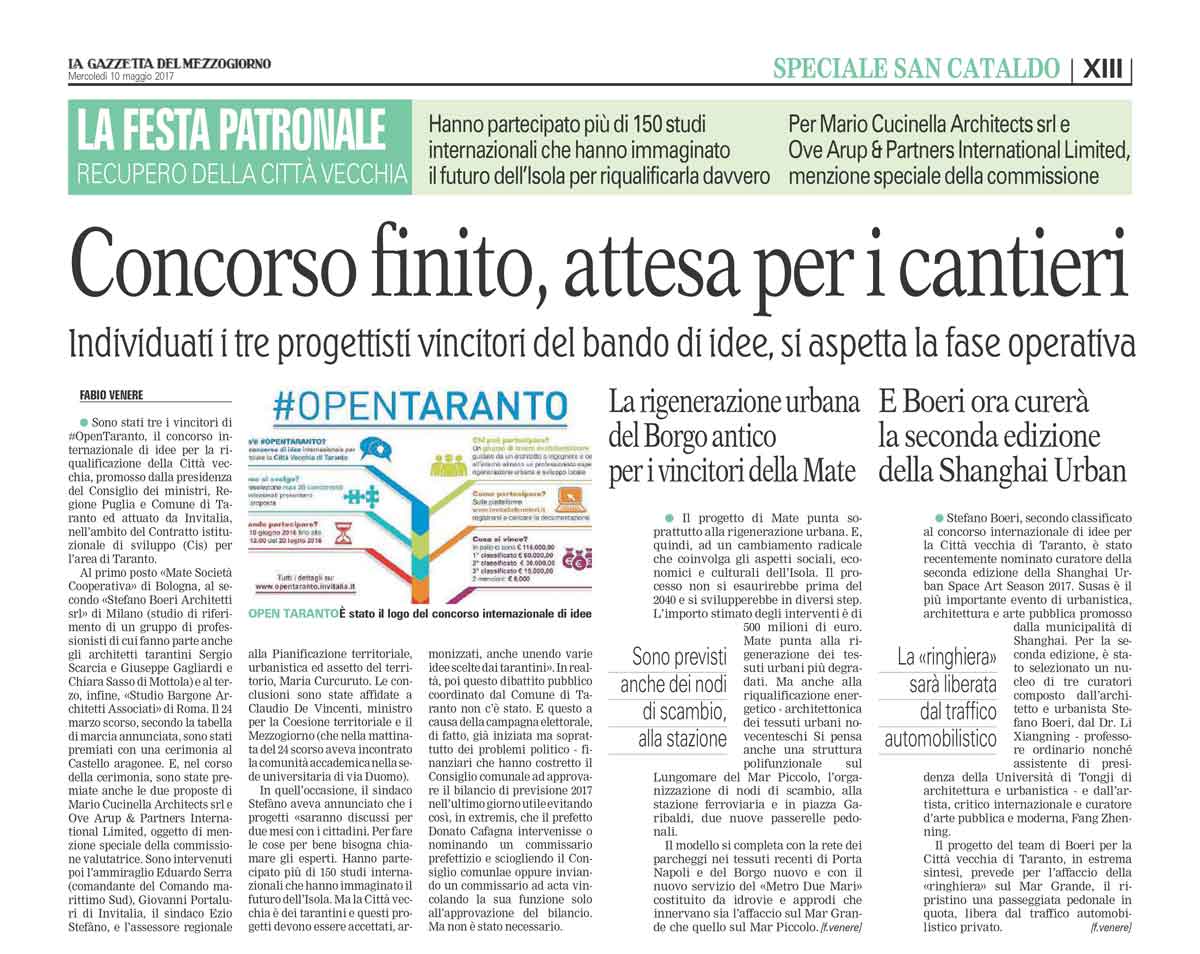 Stefano Boeri Architetti got the second place in the competition OpenTaranto. The project of redevelopment of Taranto’s Old Town, named Taranto Calling, proposed the restoration of a pedestrian walkway free from car traffic, on the water front of Mediterranean Sea.
Afterwards Stefano Boeri was appointed as curator of the second edition of SUSAS (Shanghai Urban Space Art Season) 2017, the most important event of urban design, architecture and public art host by the Municipality of Shanghai. The event will take place from September to December on the Huangpu River waterfront.