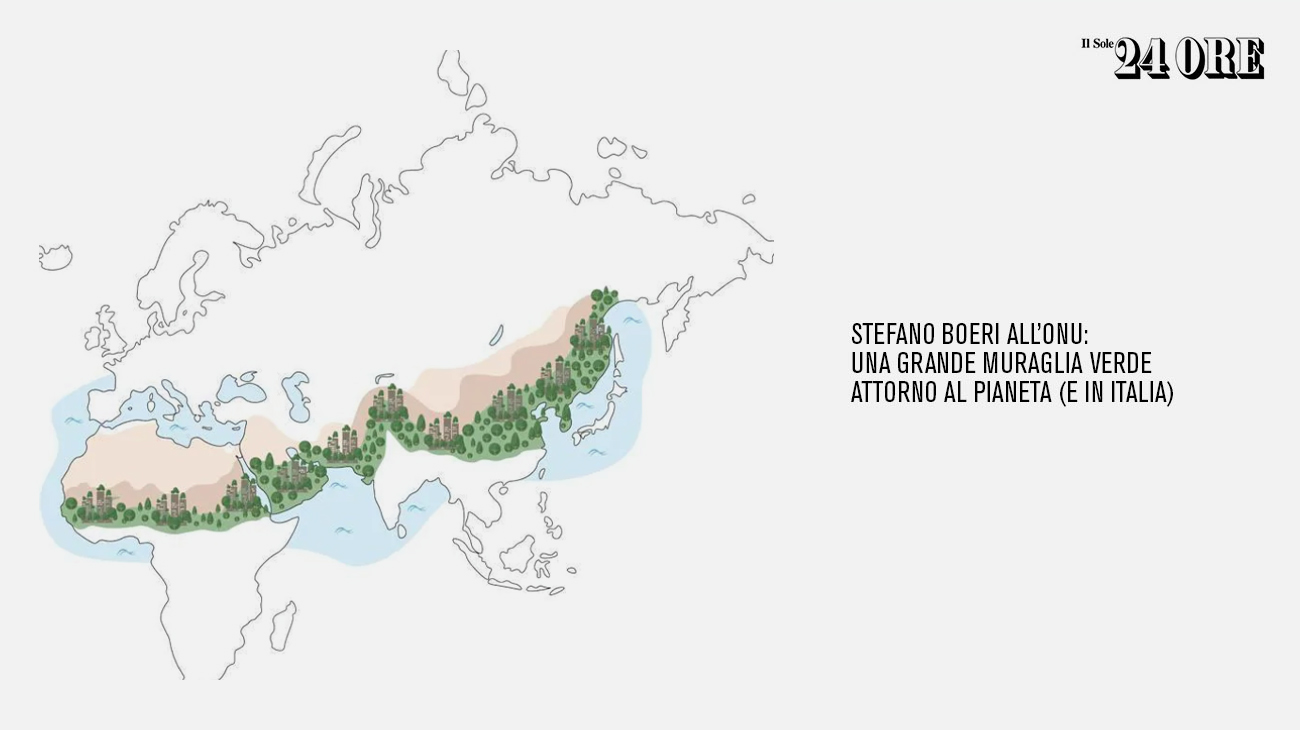 On Il Sole 24 Ore an interview by Stefano Boeri talking about the Great Green Wall of Cities, in honour of the UN climate summit held in New York on September 23, 2019. A substantial proposal in contrast with the contemporary climate changes that sees as protagonist the realization of green corridors going from Africa to Central Asia, passing through Europe and Italy, to create new urban forests all around the cities.

A simple but revolutionary fact that can change the face of the world and mitigate the problems of climate emergencies by using trees, woods, forests around and in cities, considering built areas, large urban agglomerations and metropolis not as a problem but as an Urban Forestry opportunity. Specifically, in Italy, the reference is to the “Parco Italia” project, a forestation forecast linking 14 Italian metropolises with green runners and by planting of 22 million new trees. In Milan, on the other hand, the ForestaMI project, with the forecast to plant 3 million trees in the next 10 years, to reach 20% of land cover used as a green area.

To read the entire article, see the link: https://www.ilsole24ore.com/art/stefano-boeri-onu-grande-muraglia-verde-attorno-pianeta-e-italia-ACvFJXm