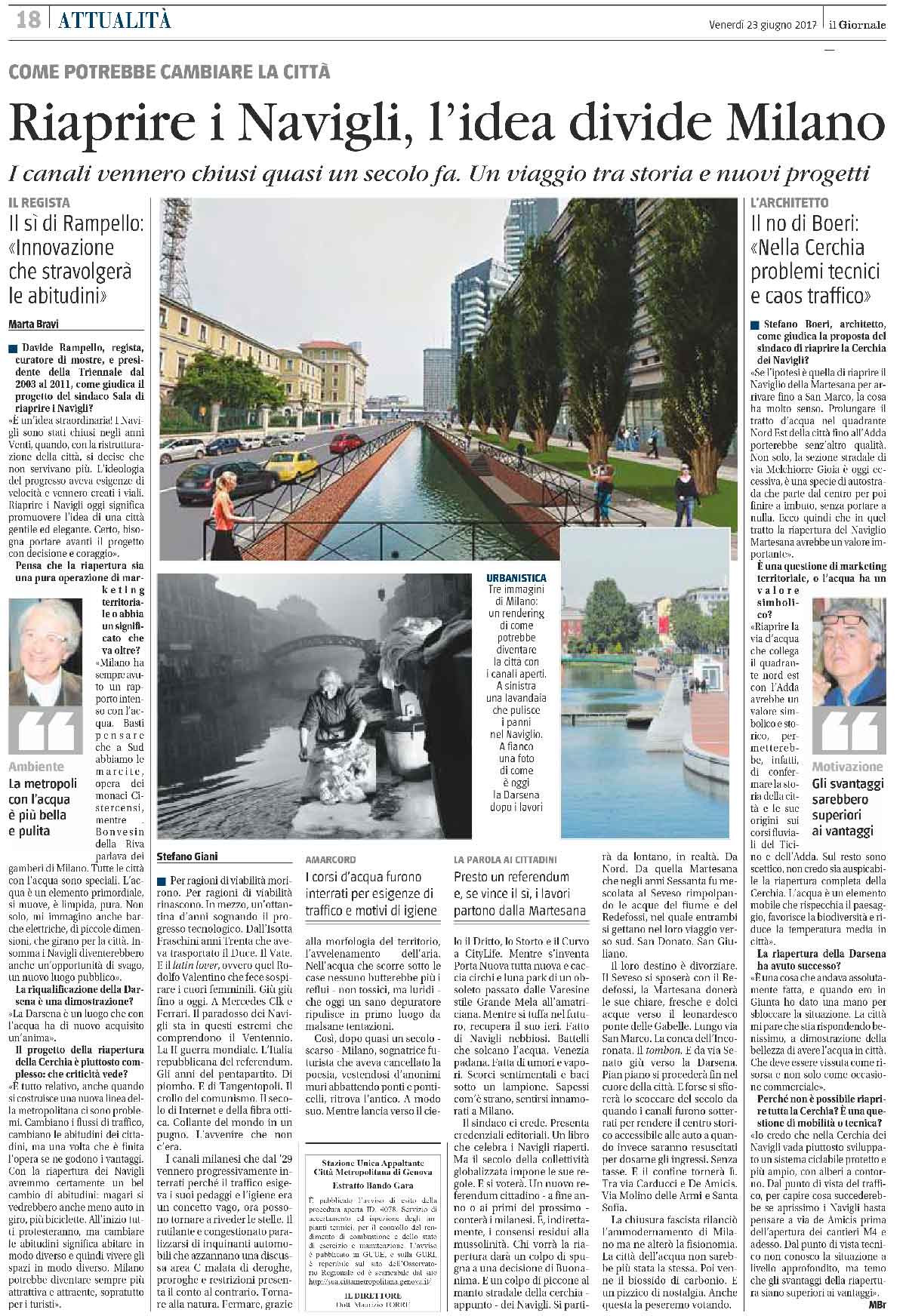 The Milanese canals, which were gradually buried by traffic and hygiene reasons since ’29, could return to the surface. The city of Milan that is modernizing and as a dreamer looks to the past, the Mayor Giuseppe Sala predicts a city referendum at the end of the year for the reopening of underground canals.
Davide Rampello and Stefano Boeri express their thoughts on the reopening of the Navigli. Rampello support the opinion of the Mayor giving his positive point of view, while the architect Boeri is in opposition fearing more disadvantages.