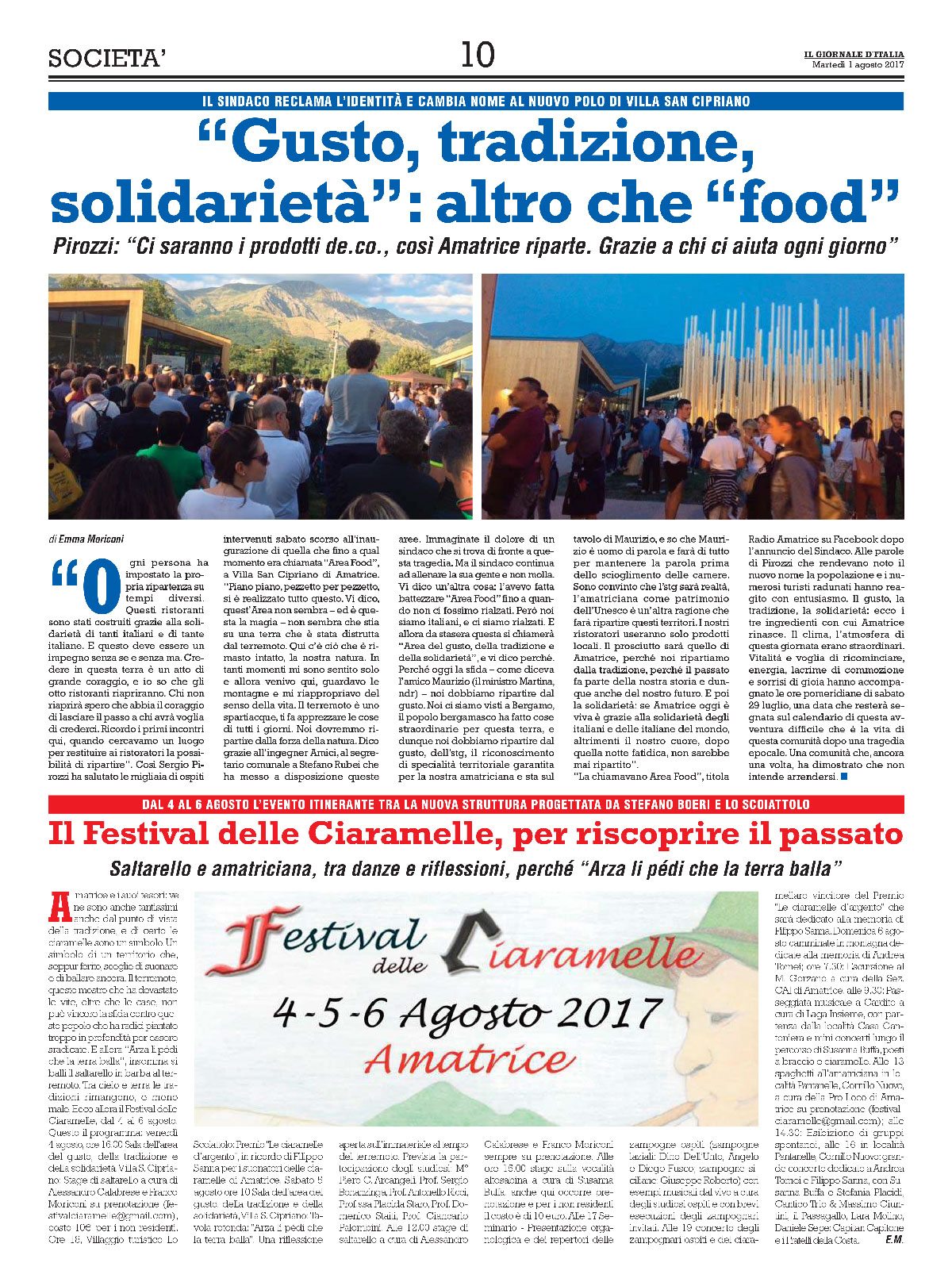 Vitality, desire to restart, energy, tears of emotion and smiles of joy accompanied the afternoon of Saturday July 29th, a date that will remain marked in the hearts of citizens of Amatrice.
On year after the tragedy caused by the earthquake, Amatrice restarted with the inauguration of the Food Area, designed by Stefano Boeri Architetti and built with the contribution of the Friuli Venezia Giulia Region, Innova FVG, Filiera del Legno FVG and Domus Gaia. The funds for the populations struck by the earthquake in Central Italy, were raised with “Un Aiuto Subito” by Corriere della Sera and TG La7 through Banca Prossima and the TIM “With You We Do” crowdfunding.
The Food Area is composed by a refectory and 8 restaurants in which are hosted historic restaurants promoters of local products.
The delivery of the entire structure is a tangible sign of the Italians solidarity and the determination of the reconstruction of Central Italy.
Amatrice resumes from the taste, tradition and solidarity.