engineers australia
the structural innovation of the vertical forest 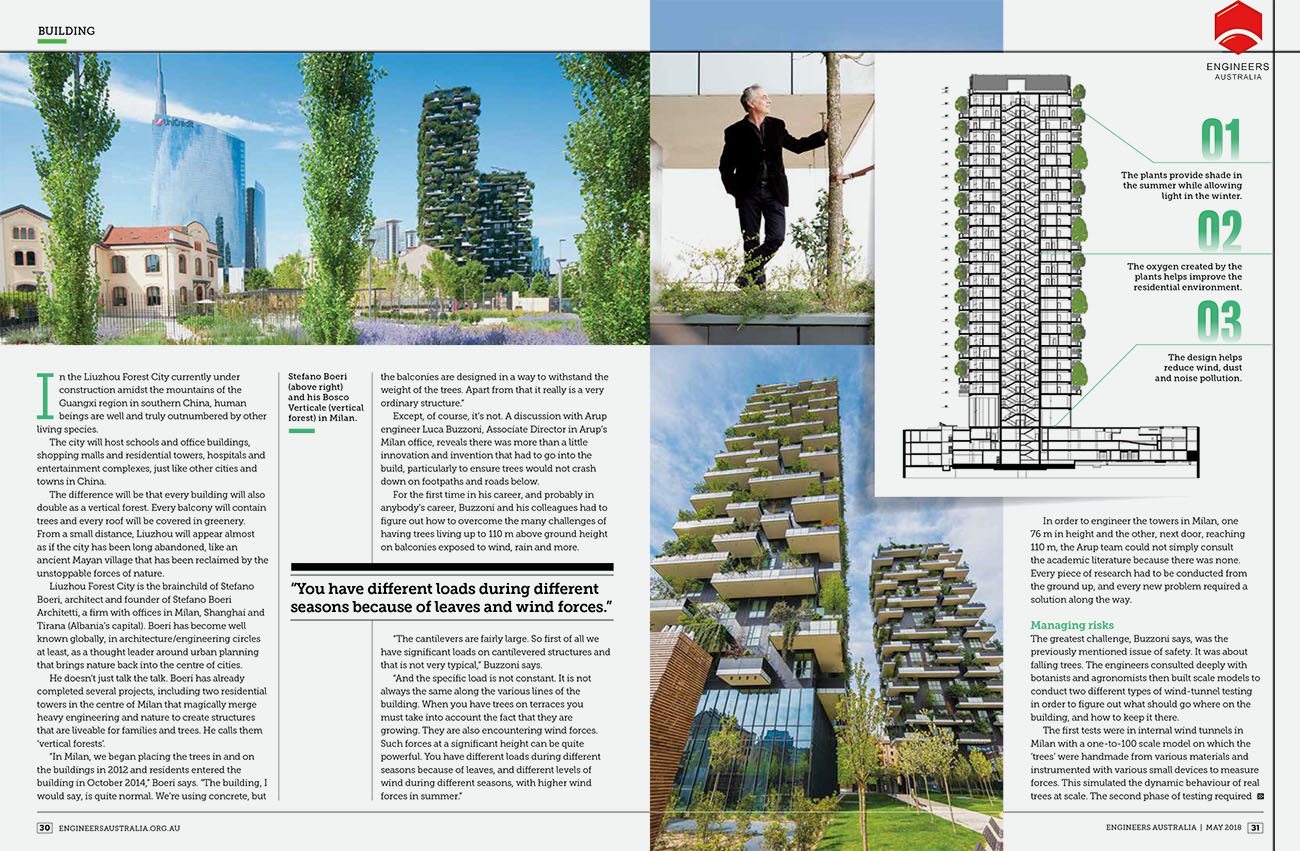 An article published by Engineers Australia about Stefano Boeri Architetti and the Urban Forestry projects which investigates Forestazione Urbana the structural innovation of this kind of project which hosts trees and shrubs.

“Boeri has alreadycompleted several projects, including two residential towers in the centre of Milan that magically merge heavy engineering and nature to create structures that are liveable for families and trees. He calls them ‘Vertical Forests‘“.

The structure of the Vertical Forest has been calculated and designed by the engineers of Arup who elaborated a system able to support an heavy perimeter, created by the presence on the balconies of the containers which hosts soil and vegetation. The architect and the engineers tell that it is a structure in concrete which presents precise choices in the calculation, essentials for the weight variation generated by the plants during the different seasons for the presence of foliage and wind forces. The engineering detailed study in fact has been tested at first the behaviour of the trees – with various small devices to measure forces – on a one-to-100 scale model which was put inside an indoor wind gallery in Milan and at a later stage in a wind gallery in Florida.

A structural challenge has put to the test the engineer Luca Bozzoni, Associate Director at Milan’s Arup, and his team in studying a variable presence of loads in the disposition and during time.