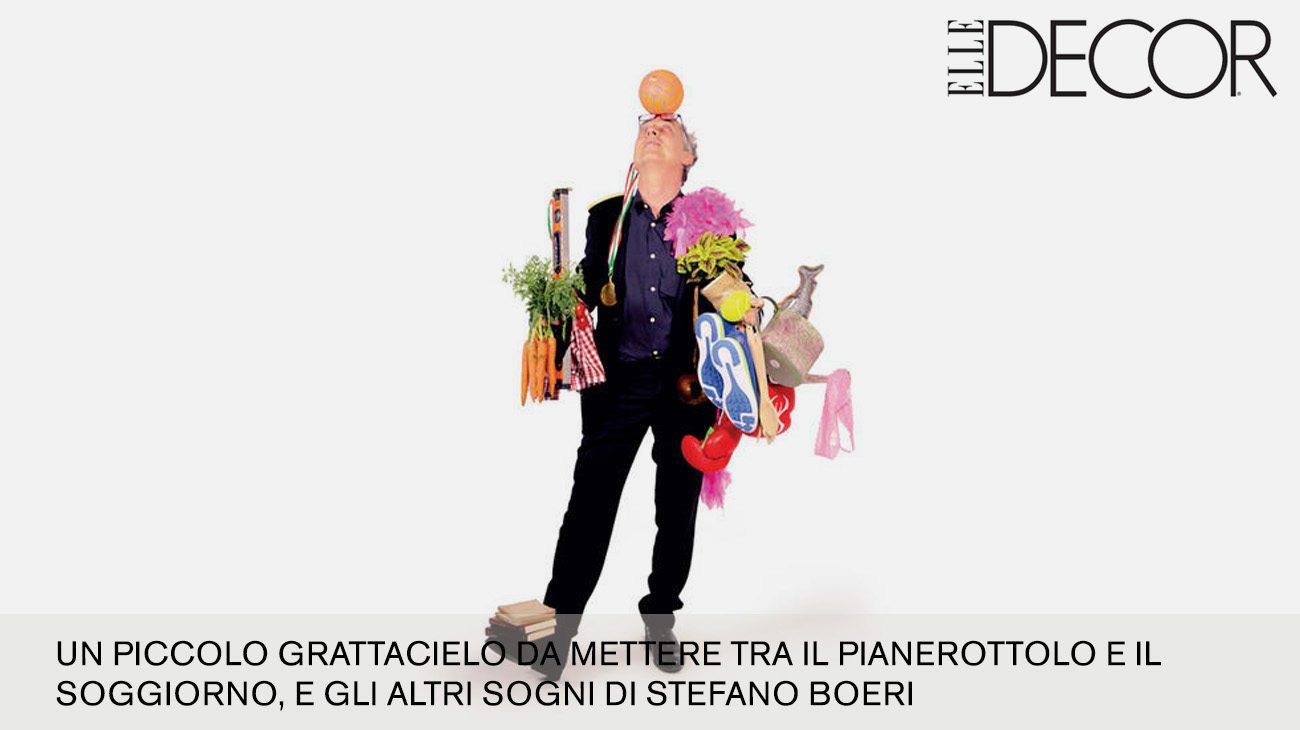 In an interview to Elle Decor Stefano Boeri tells about his vision on the present, on his dreams and on future projects. The living of the future on show during Salone 2018, the case of the Norcia Multipurpose and Civil Protection Centre and the new role of President of La Triennale di Milano.

The architect illustrates the projects designed for Salone, for this year’s edition a new version of the Mettitutto – designed for the firm of Annibale Colombo – will be presented. Design is an occasion of dialogue with the space at a scale that is different from the architecture one, sometimes intended as a micro-architecture, sometimes as a reflection bridge on “unsolved spaces of the domestic environment”. Thus the Mettitutto was born from a reflection on the “threshold between a private interior and the public exterior”. “The place of the dressing, the space of the entrance and the exit from the private sphere, is often underestimated, bare or, even worst, badly organised. The Mettitutto it has been a challenge which – thanks to the intermediation and the irony of Luciano Colombo – approached me to the design world, from which i always kept the distance for an awe towards my mother, Cini Boeri“.

Than  the interview changes scale and Stefano Boeri tell about the new project space&interiors, “The Future of Living and the Planet of the Future is a challenge for producers and designers on the future of living. The one that designs spaces explores in fact an unknown world and has to be ready to foresee and interpret the unknown”. A big installation, strongly evocative projecting the visitor in the atmospheres of the Red Planet, a palimpsest of meetings organized inside a setting which passes the rigidity of an exhibition setting, also contaminated by a video project of Davide Rapp and Giorgio Zangrandi.

The architect than speaks about the case of Norcia and about how this made him grieve, loosing the enthusiasm that was shared in the realisation of such a succesful and well built project, which absolved a whole of collective and logistic functions that are fundamental for an earthquake affected population. But the projections on the future are positive, especially when they pass through a great hub such us La Triennale di Milano which for Boeri is a whole of cultural expression, an high quality architecture and a fundamental place for the city.