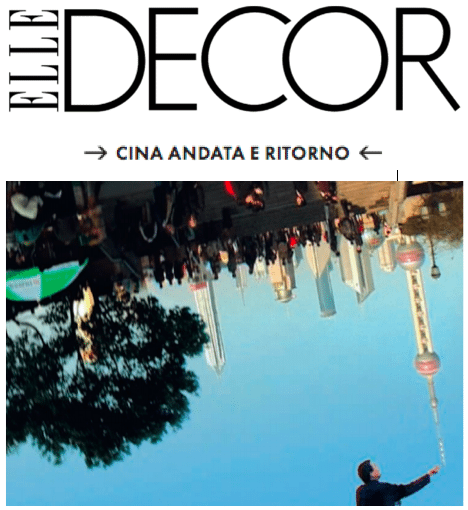 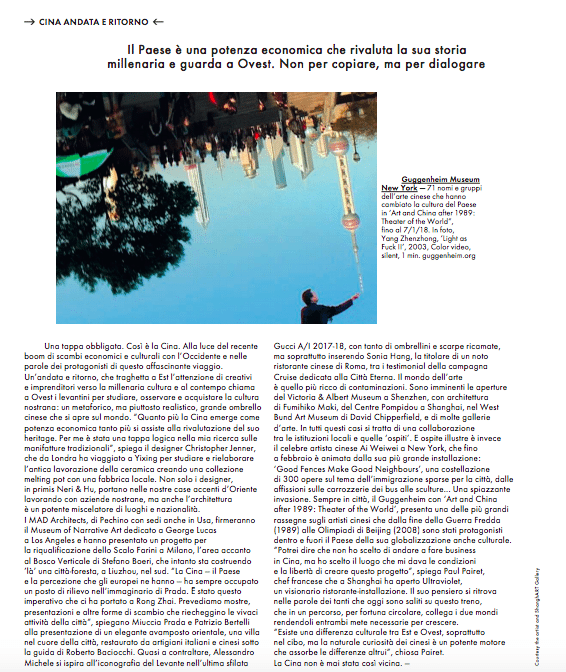 China and the West dialogue. In the light of the recent boom of economic and cultural exchanges, the attention of Western creatives and entrepreneurs turns to the millennial Chinese culture and at the same time calls the Levantines to study, observe and buy the native culture: a metaphorical, but rather realistic, big Chinese umbrella that opens onto the world. In architecture, cultural contamination lives on projects that interact with each other: Stefano Boeri Architetti – which has a headquarters in Shanghai – will realize in China, among other projects, the world’s first Forest City in Liuzhou. At the same time, MAD Architects in Beijing presents a project in Milan for Scalo Farini, near Boeri’s Vertical Forest.
Milan and China also live in fashion: China, the country and the perception that Europeans have, has always occupied a prominent place in the imagination of Prada.