DESIGNBOOM
BOERI’S VERTICAL FOREST WITH A VIEW ON PARIS 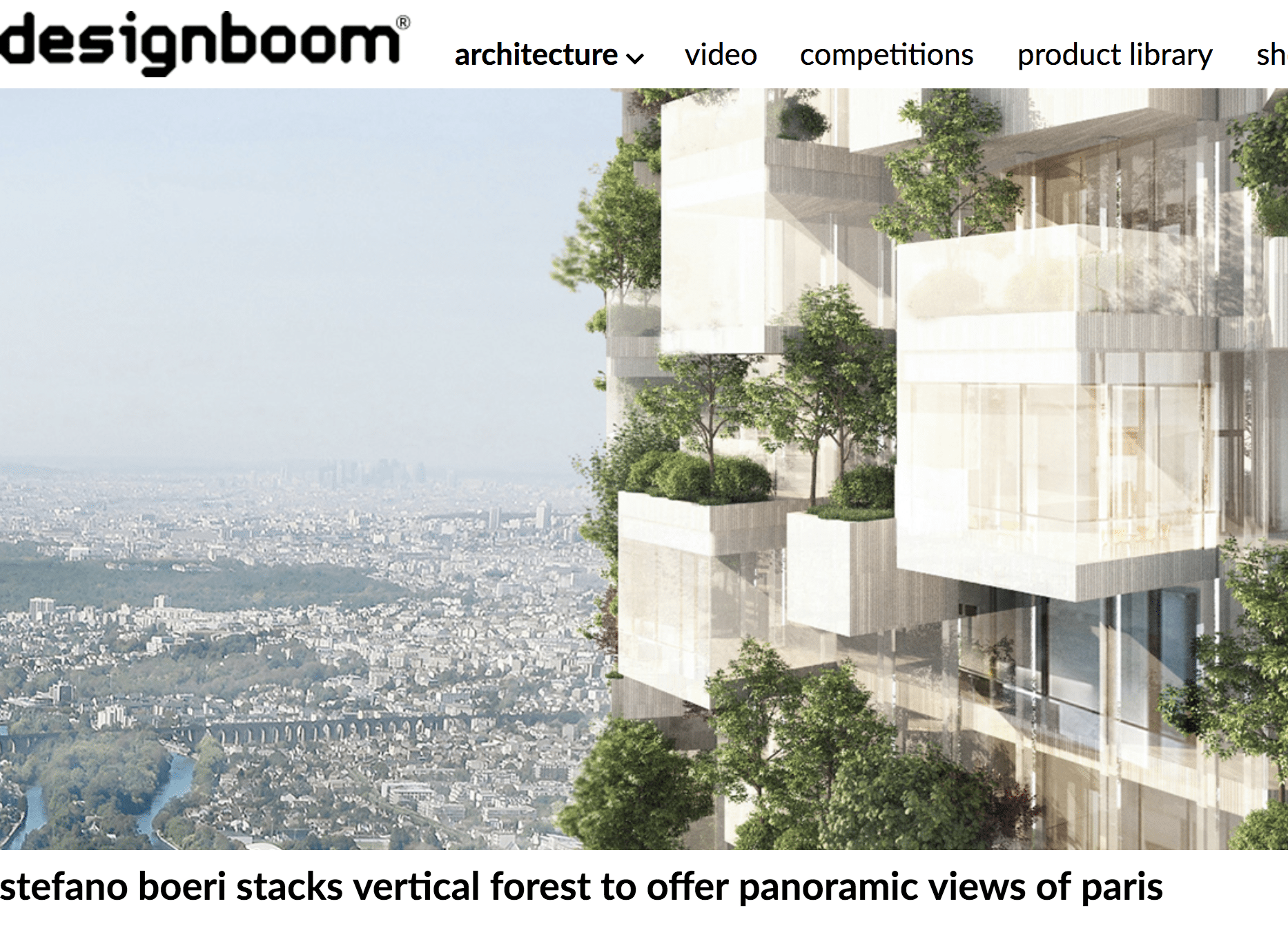 Stefano Boeri has revealed plans for his latest vertical forest, which will be built in the town of Villiers sur Marne in the eastern quadrant of the Parisian metropolitan area. Named Forêt Blanche, the project forms part of a new urban development called ‘Balcon sur Paris’, where architects such as Kengo Kuma and X-TU Architects are also planning buildings. The façades will be covered by 2,000 trees, shrubs, and plants.
Following similar plans planned for the Netherlands and China , Stefano Boeri‘s Forêt Blanche is a 54-meter high tower built entirely from wood. The façades will be covered by 2,000 trees, shrubs, and plants – a green surface equivalent to a hectare of forest. The tower will host residential apartments on the upper storeys and office and commercial space on the lower levels. The design team incorporated numerous terraces and balconies throughout the design, creating pleasant green spaces for tenants. The east and west facing sides of the building will allow sunlight to enter the building, providing natural illumination and ventilation to the apartments. The building also provides panoramic views of central Paris. In addition to Forêt Blanche, Stefano Boeri Architetti has designed the neighboring La Cour Verte project. the building is characterized by a courtyard, a sloping roof, and a hanging garden with a 600 square meters of planted grasses.