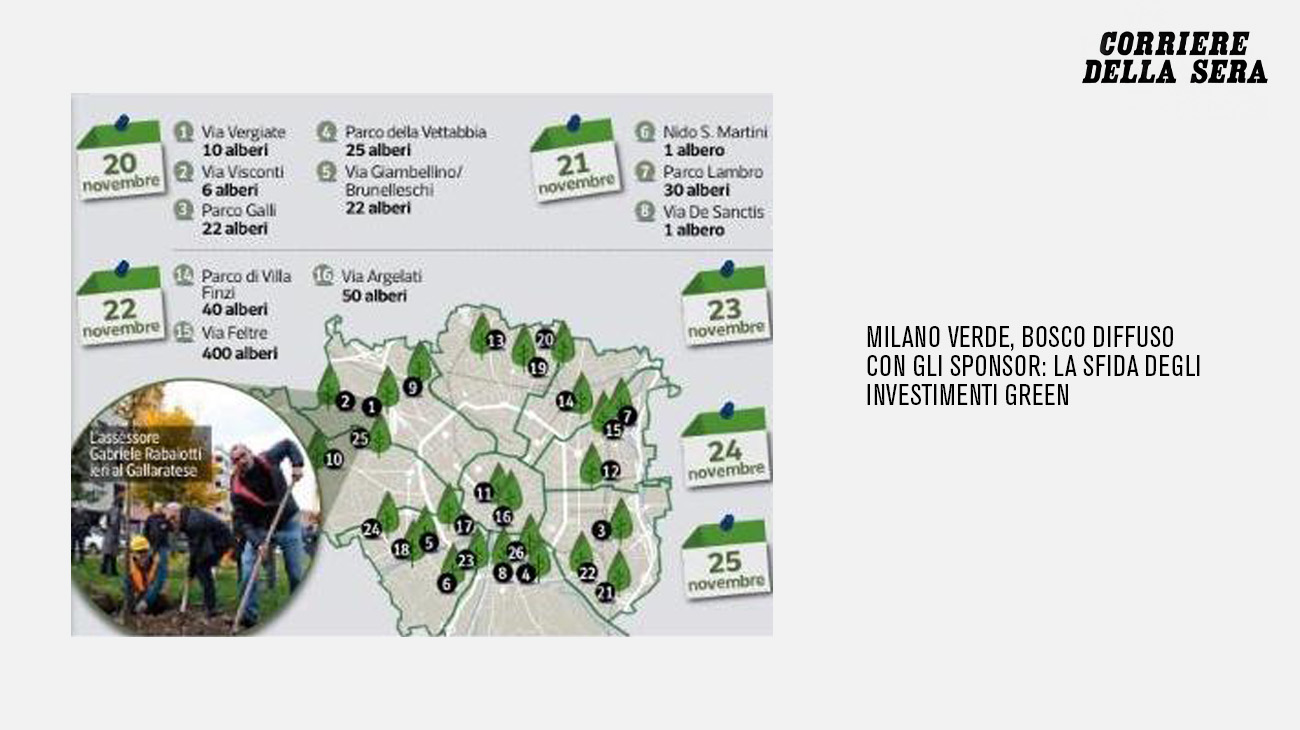 On Corriere della Sera – Milan section – an article on Parco Italia and ForestaMi, the plans for planting and protecting the territory that imagine 40 million trees planted in five years, of which twenty-two to be planted in the fourteen metropolitan cities and another eighteen in the Municipalities with more than five thousand inhabitants.

A tight planting project of which the Triennale di Milano is spokesman, hosting the World Forum on Urban Forests – Milan Calling 2019 – whose opening ceremony is attended by political figures such as the Prime Minister, Giuseppe Conte, the Mayor of Milan, Giuseppe Sala, in addition to architect Stefano Boeri himself.

Also attached to the article an infographic of plantings planned in the metropolitan area of the city of Milan.