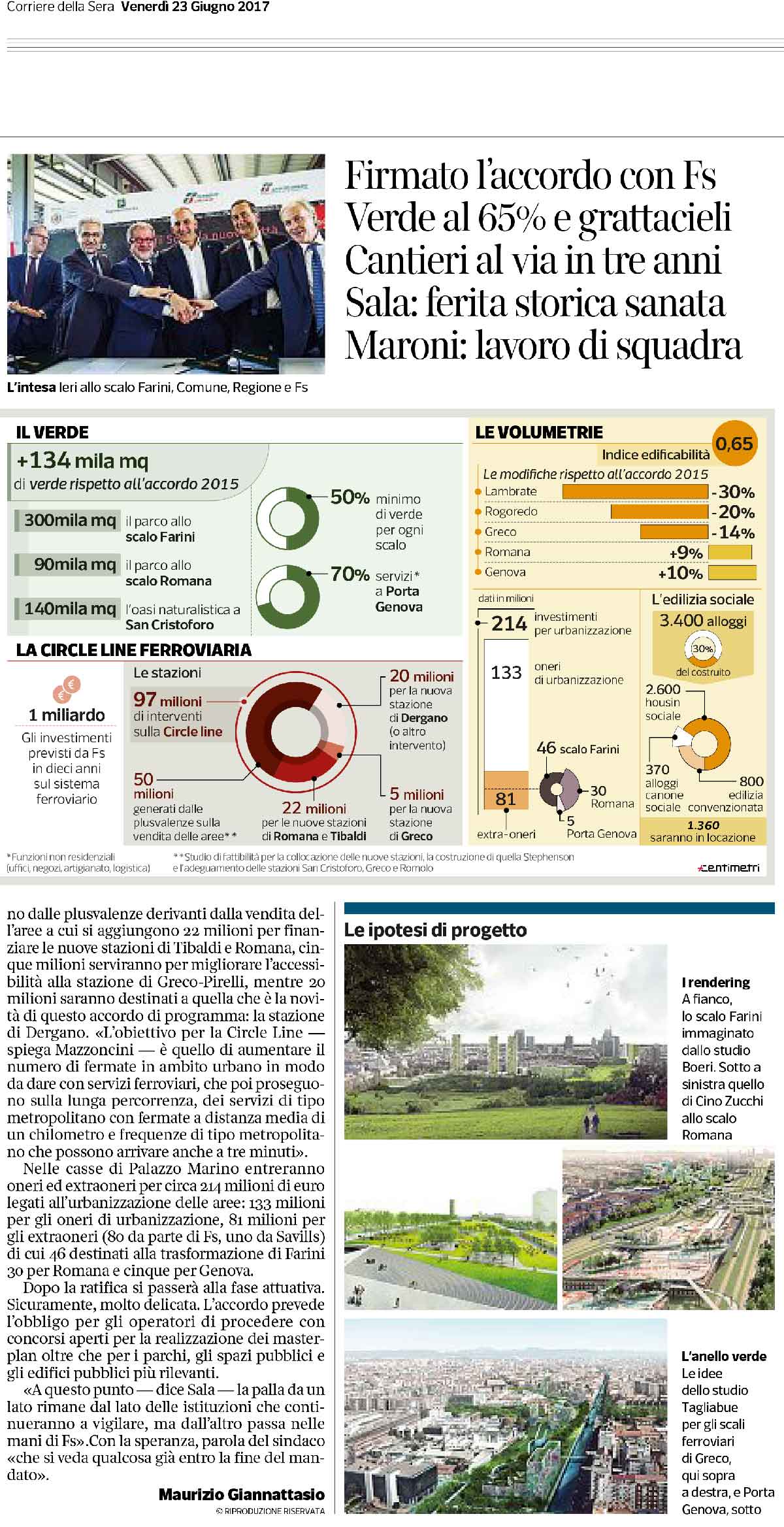 The agreement for the redevelopment of the abandoned rail yards of Milan has been signed. The agreement stipulates the obligation for operators to provide open competition for masterplans, as well as for parks, public spaces and major public buildings.
At the Salone del Mobile, five architecture studios were entrusted to draw five visions of a future Milan. Stefano Boeri Architetti presented the Green River, project of redevelopment of the abandoned rail yards into a system of continuous parks, forests and gardens, connected with pedestrian and cyclable paths.