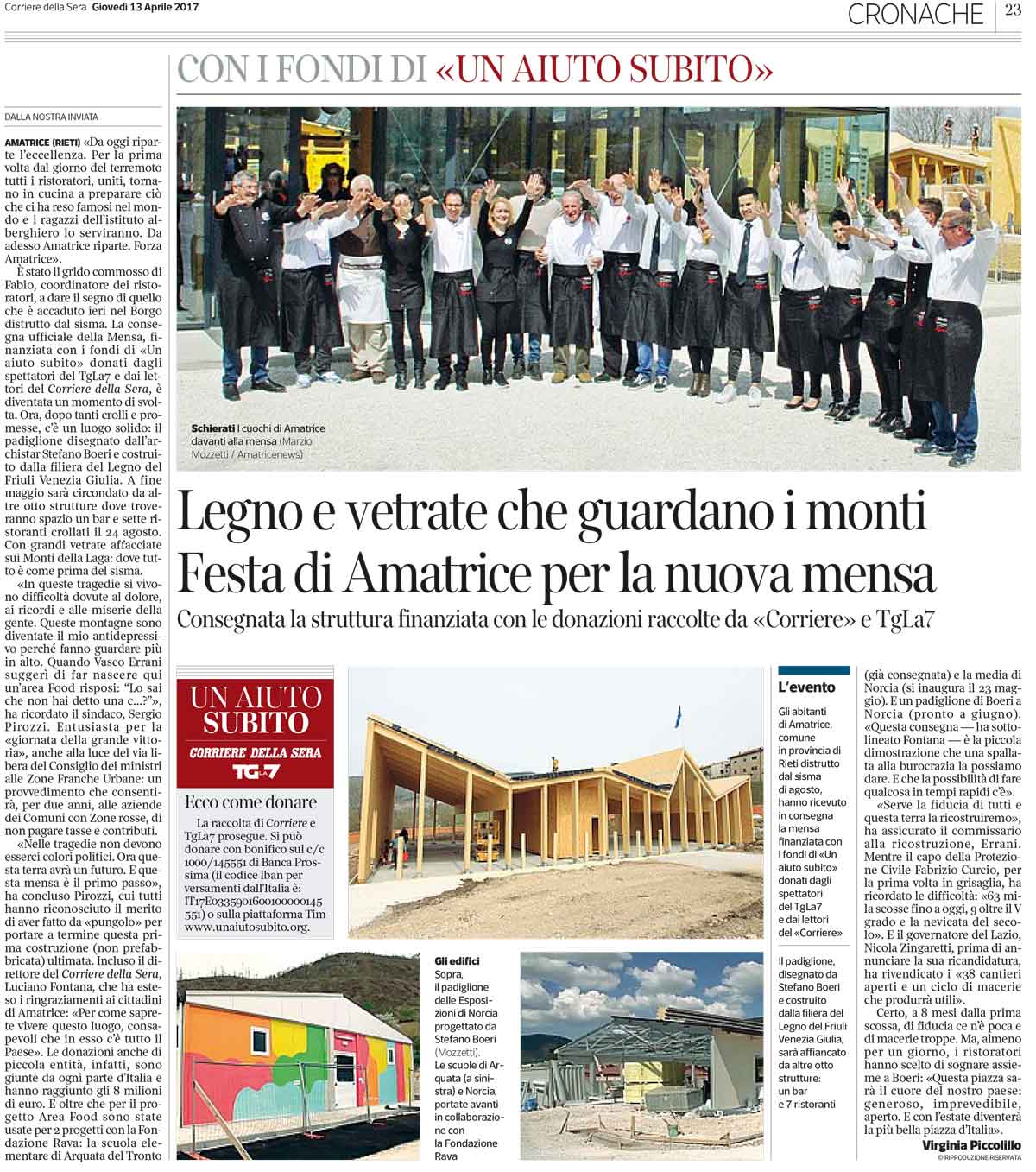 “Now this land has a future, this refectory is the first step” said the mayor of Amatrice, Sergio Pirozzi.
On Wednesday, the 12th of April 2017 , the Refectory was consigned to Amatrice, destroyed by the earthquake. The building was financed with funds from “Un aiutto subito” donated by viewers of TgLa7 and readers of Corriere della Sera.
The pavilion designed by Stefano Boeri  and built by Filiera del Legno of Friuli Venezia Giulia, wil be adjacent to eight new structures: a bar and seven restaurants.
The restaurateurs of Amatrice had joined in a solidary lunch to celebrate a new beginning and a new hope.