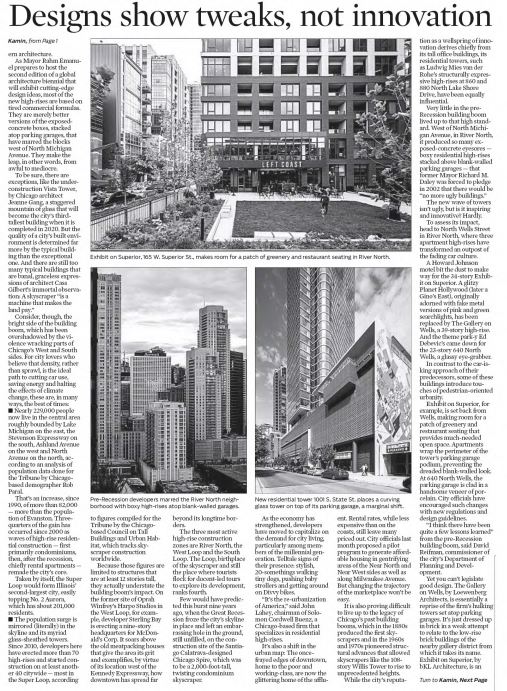 The Chicago Tribune publishes an interesting report on the skyscrapers boom in Chicago. As the real estate growth in the last 20 years in Chicago is poor in architectural and technical innovation, in Milan the model of Bosco Verticale stands out.
Below the full article by Blair Kamin.