sette
let’s save the trees by giving them a name 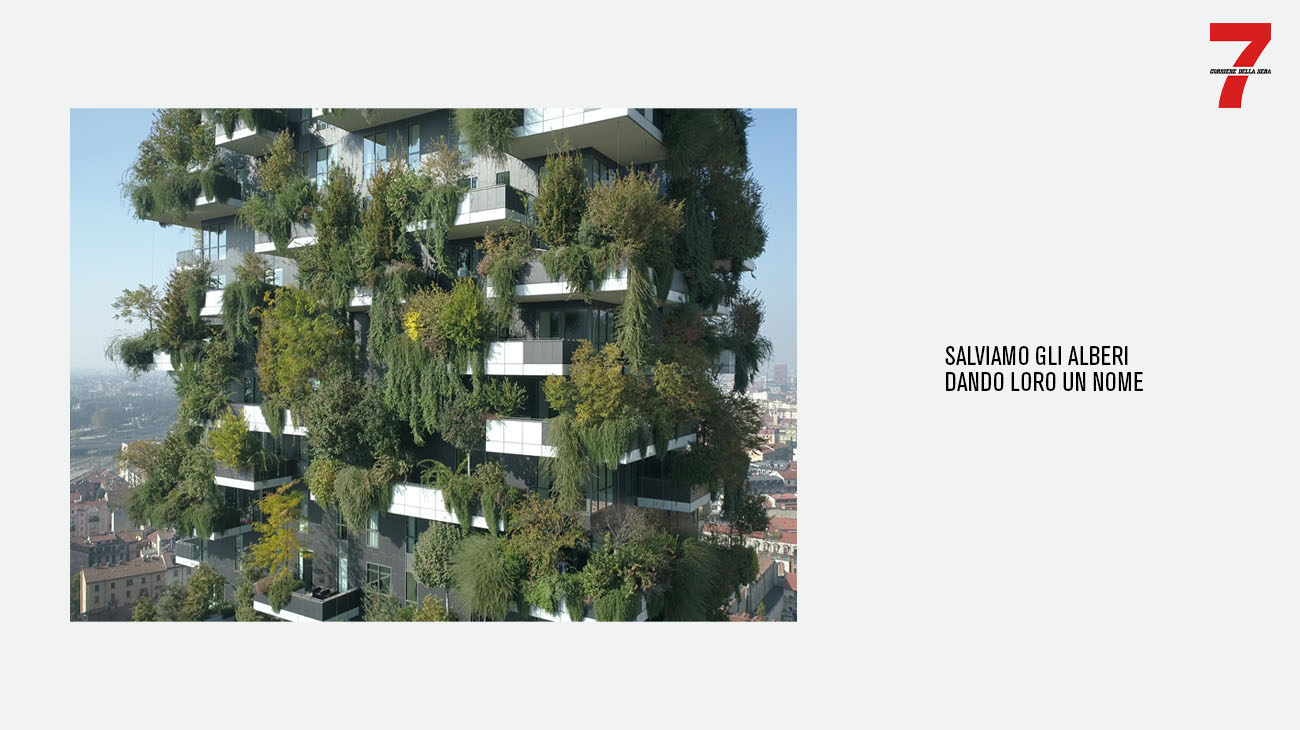 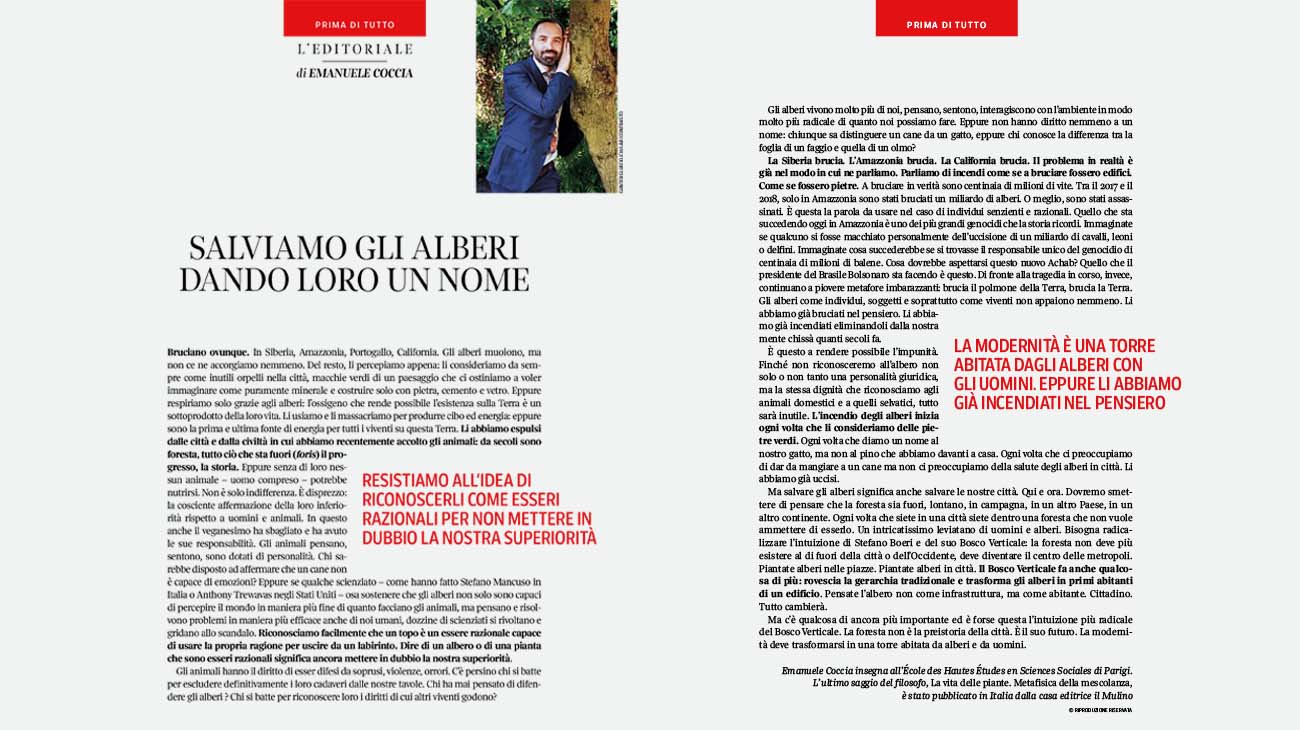 An article by Sette – the weekly magazine of the Corriere della Sera – tells the sad global climate situation, in relation to the high number of fires spread all around the world.

Fundamental to highlight the need and the essence of trees, not to be considered as green stones but as true living beings.

The Vertical Forest has the ability to overturn the traditional hierarchy by placing trees in the position of first urban citizens, highlighting the contemporaneity of a tower inhabited simultaneously by trees and men.