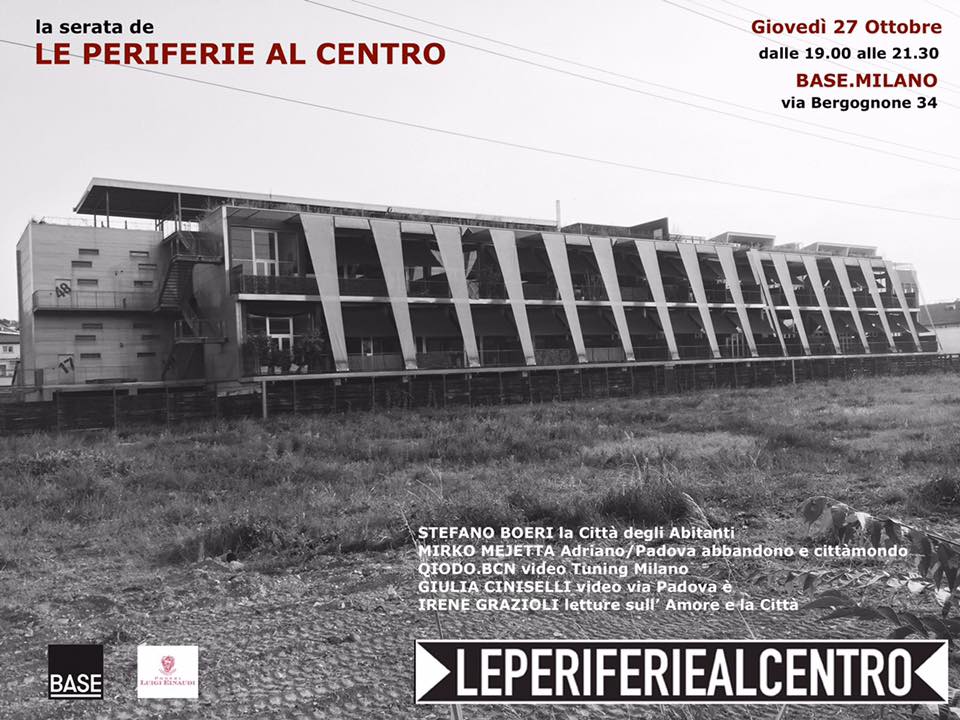 From the suburbs to the center, to design the future of the city, starting with its most external places and considering them the resourses rather than problems.

The project “leperiferiealcentro” (focus on suburbs) was born in June 2015: for months Stefano Boeri and the young participants of MI030 have walked around the city to discover and talk about its quarters, such as Gratosoglio, Stadera, San Siro, Paolo Sarpi, viale Monza. The first appointment that derives from these walks is scheduled for tonight, at 7pm at BASE, in Via Tortona: it’s going to be the presentation of “leperiferiealcentro”(focus on suburbs) association and a meeting where Boeri himself, together with the other protagonists of the project, will show the re-starting point of their urban vision.

Proposing to those who manages the city a project of participatory urban planning of temporary use and definitive destination of some big areas, starting with the dismissed railway yards.