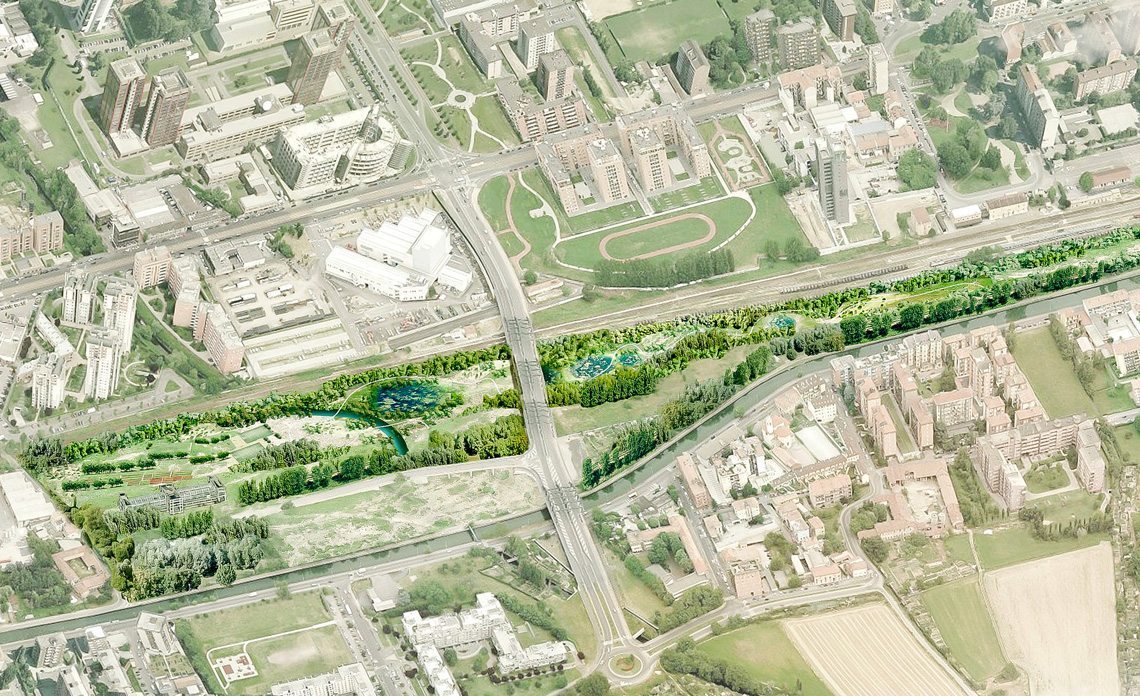 Milan is a city of hidden opportunities, but sometimes the answer lays on the surface, you just have to see the potential of what seems just a disadvantage. Stefano Boeri Architetti  is working on the ambitious urbanistic proposal for the dismissed railyards of Milan, that currently interrupt the continuity of urban tissue, both functionally and visually. The studio’s projects called Green River aims on connecting the main poles of public life and natural oasises of the city into a network, turning the dismissed railways into the linear parks.

And once the idea is in the air it’s exciting to see how lots of people come up with similar concepts. Just think of the possible synergies that could arise from these projects! Stefano Boeri has already met the promoters of the Green Railways, thinking of connecting San Cristofoto and Porta Genova:

Green Railways:
http://www.lifegate.it/persone/stile-di-vita/rotaie-verdi-milano
In the meantime in the other part of Milan (from Rogoredo to Chiaravalle) the initiave of converting the railway into bycicle paths was born. Find out more in this article of Corriere della Sera:
http://milano.corriere.it/notizie/cronaca/16_ottobre_18/sogno-via-verde-pista-ciclabile-vecchi-binari-chiaravalle-rogoredo-ferrovia-milano-genova-ccaa4bc6-9558-11e6-8f55-24146b53eddf.shtml