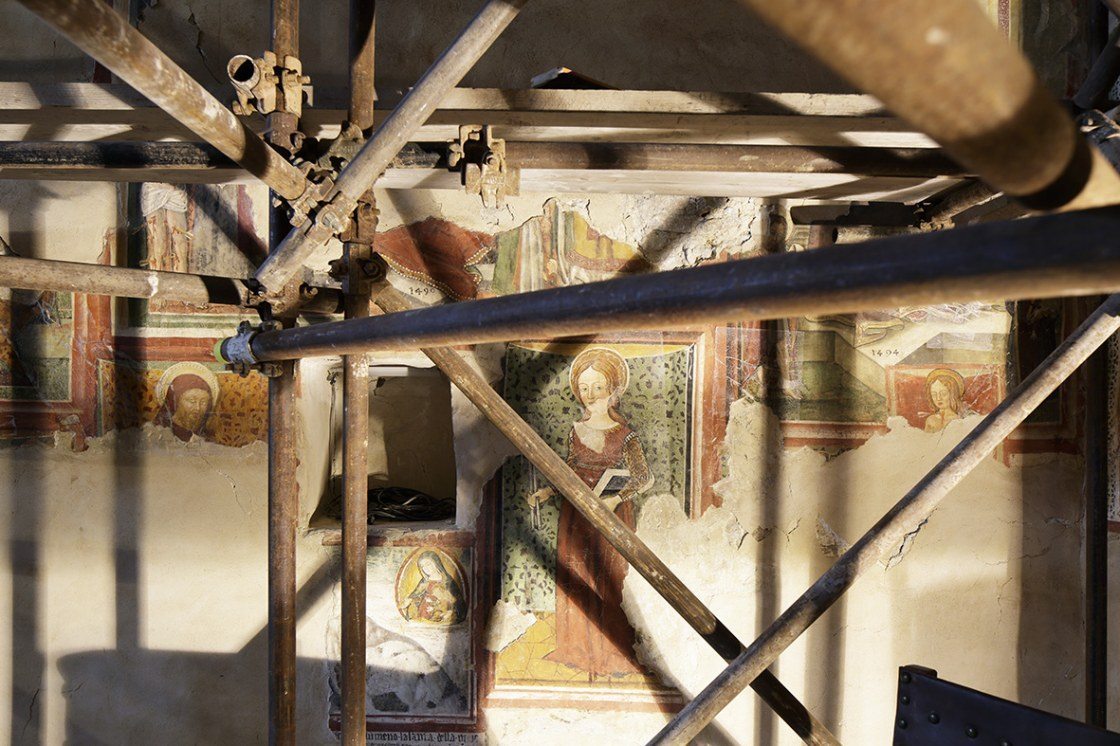 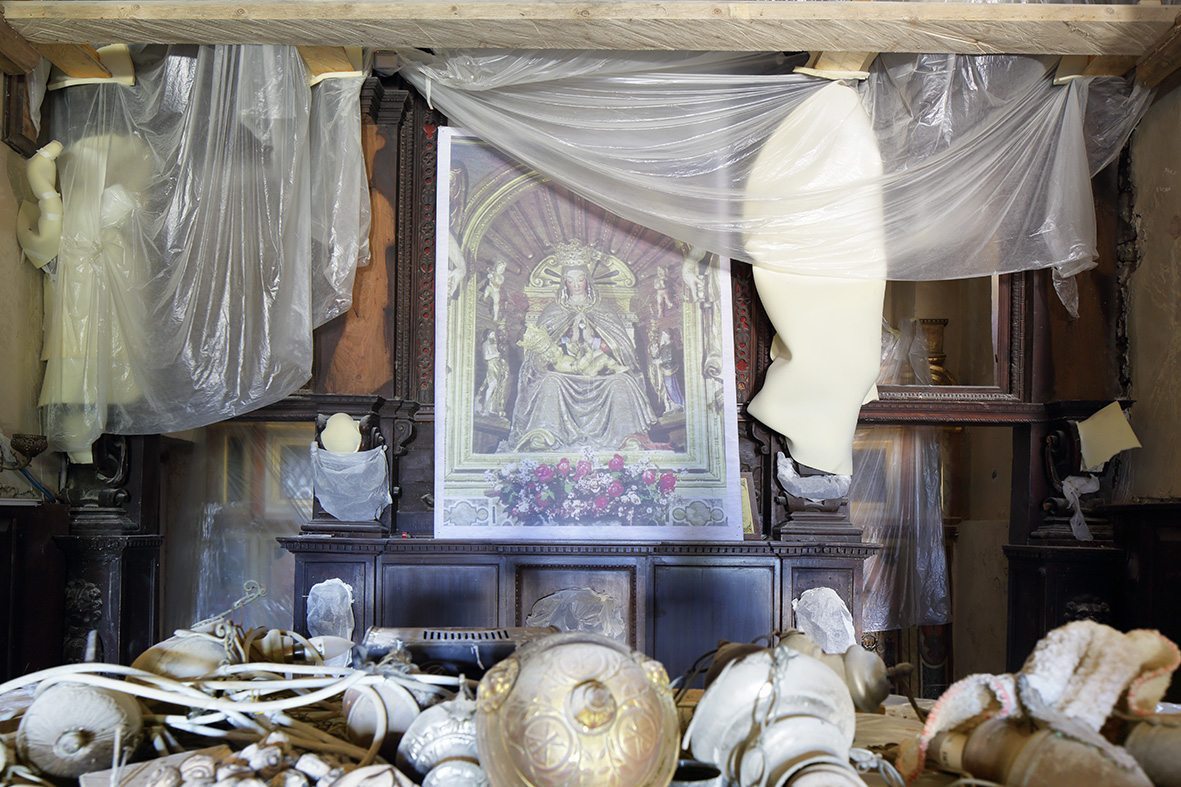 Stefano Boeri Architetti has designed the exhibition “Rebirths: the works of art recovered from debris of Amatrice and Accumoli”, on display at the National Museum in Rome from November 17th, 2017 until February 11th, 2018. The art direction of the exhibition is entrusted to Daniela Porro and Alessandra Acconcia.

The exposition gives new life to the heritage of the artworks recovered from debris of the churches, currently out of context, and and highlights the value of sedimentary culture in the small centers of Italian territory, part of the identity of the Rieti region local centers affected by the earthquake and national collective identity.

There are 34 works from churches and religious structures ofAccumoli and Amatrice, and their fractions, of the over three thousand goods brought to their rescue, and today kept in the depot at the Cittaducale Carabinieri Forestry School (Rieti). Paintings, sculptures, liturgical furnishings.
The exhibition of the saved works, chronologically carried out, is accompanied by a storytelling composed of 21 photographs taken by Paolo Rosselli last September, which reconstructs the state of the places, the atmospheres and contrasts of rebirth, “the elements of material life and religious meanings in an organic whole; animals included “. To don’t forget the still evident and dramatic effects the earthquake produced.

“The Works and The Rubble”
by Stefano Boeri

An earthquake represents a sudden and, at the same time, irreversible diversion from normality.

An earthquake erases centuries-old buildings and decades-old memories in a matter of a few seconds, roots out pieces of collective memory, conveying the disturbing uncertainty of an Earth no longer Mother, but source of pain and fear.
An earthquake, with its tearing discontinuity, above all things, drifts you apart from the present time.
It forces the one who has lived within it to look for temporary shelters in other places it will be hard to get back from, anyway. And it forces the one willing to get back to chase nostalgia of a past – the recontruction of  “where it was, how it was” – which can never really live again.

Starting from these considerations, the rescue and recovery of a large number of works of art hosted in sacred and civilian buildings hit by the earthquake, offer the opportunity to bold reflection on our present time and on the reconstruction actions in the seismic crater which are underway.

That is why we have chosen to set up a space which could stage not only the value of the works on display and their recovery-worth, but also their ability to act as time and space devices, as  vectors to look at today’s places and actions, from the different depths of Art History.

Therefore, the exhibition offers some sort of parallel view.
Displayed on the left hand side of the four rooms of the Small Thermae within the Baths of Diocletian complex are the works selected by the curators: panels, ornaments, sculptures which, thanks to their heterogeneous richness, are evidence of seven centuries of sacred art history.
Opposite, instead, we have decided to display a sequence of large snapshots of the present, taken by Paolo Rosselli, image master and worshiper of an algid and, at the same time, powerful aesthetics.

The parallel sampling and display of the works and the snapshots by Rosselli give the visitor the opportunity to get close to the places hit by the earthquake and reflect, backwards, on what is going to be done, is being done and has not been done. To think about  the real prospects for a safe conservation of an artistic heritage spread in tens of churches and farm buildings and about the reasons underlying the  extremely sensitive relationship between the historic-artistic protection and the securing of the cultural heritage spread amongst the villages and tiny villages of a vast and fragile part of our Apennine territory.

Up to the visitor the possibility to find  connections, references, consistency useful for undertaking a reflection made difficult by the proximity, in time and space, to the catastrophe.