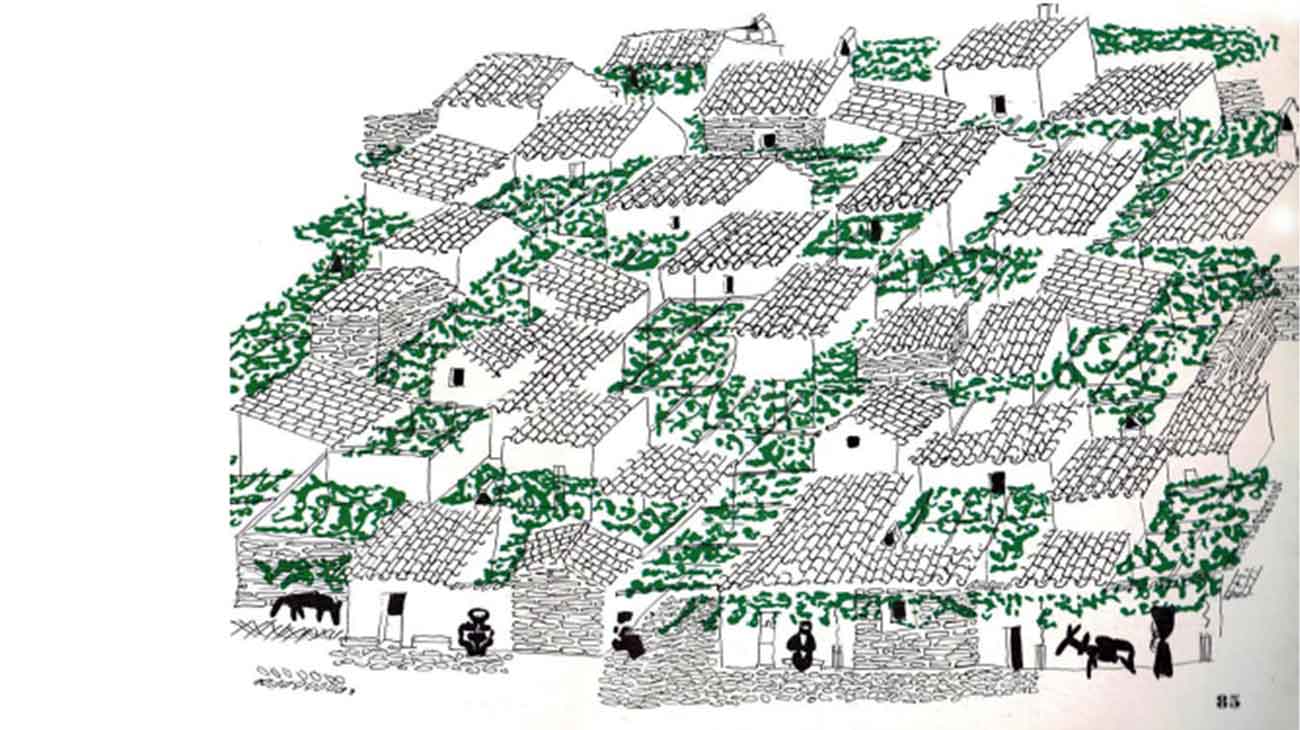 On the occasion of Artijanus / Artijanas (Orani, 29-31 July 2021) a group of young people from Orani – led by the Nivola Foundation – gives a first true image to the intervention realized by the Municipality of Orani and developed together with the Nivola Foundation, entrusted to the temporary group of professionals composed of Stefano Boeri Architetti and Qarchitecture from Cagliari.

In Orani (Nuoro) on the occasion of Artijanus / Artijanas (the experimental project of culture of design and craftsmanship promoted and supported by the Foundation of Sardinia, with the scientific and artistic direction of Triennale Milano, the operational direction of Innois srl, the collaboration of the Cologni dei Mestieri d’Arte Foundation and the organizational direction and event management of Tools srl), the “Orani Pergola Village” project takes its first steps.

Conceived by Costantino Nivola in 1953, the project was born as a work of environmental art intended to improve the sense of community of citizens by linking the houses of the town with each other using green pergolas and transforming the streets into intimate spaces, collectively liveable for the inhabitants; only the main square – adorned with sculptures – had to remain uncovered to emphasize «the typical Mediterranean use of a large enclosed room in the city».

Blue plinth and green pergolas were both signs intended to emphasize and strengthen the social bond between individuals. Such as the pergola, the strip of color that was to unite the houses together transferred the idea of ​​a cohesive and supportive community on an aesthetic level, capable of making the city a harmonious space for common life.

As part of Artijanus / Artijanas (29-31 July 2021) a group of young people from Orani led by the Nivola Foundation from a first visual concreteness to the intervention by painting the plinth of some buildings in blue and planting the first vine plants that will constitute the pergola. Stefano Boeri Architetti and the Qarchitecture studio from Cagliari, and elaborated thanks to the support of Nivola Foundation.

Stefano Boeri: “The restoration of the project conceived by Nivola leads Orani to be a splendid example of regeneration of those Italian villages full of history, culture and memory, scattered throughout the national territory, today at risk of being forgotten. Orani Pergola Village is a discreet intervention which is capable of involving citizens in an international cultural network and translating into the project the will of living in collective urban and outdoor spaces”.

Giuliana Altea: “Conceived by Nivola almost seventy years ago,” Il Pergola Village “was a project far ahead of its time: an intervention of environmental art which aimed to change relationships between people through the transformation of the town. It is extraordinary that today, thanks to the Municipality of Orani and Stefano Boeri Architetti, that utopian vision can finally confront itself with the present, and it is great that a group of young people from Orani took part in its social and cultural significance, symbolically launching the project ” .

Antonio Fadda: “The community of Orani is participating in the Pergola Village project with great enthusiasm, a process of urban regeneration that is redeveloping the historic center, making it beautiful and identifying. Currently over one hundred residents have embraced the project by redeveloping their houses as imagined by Costantino Nivola, white facade and blue plinth.

Thanks to the intervention of Boeri’s studio and the collaboration of the Nivola Foundation, we hope to grow the project which we consider as a real path of development for our country, based on cultural and architectural enhancement and the diffusion of beauty in our historic center “.