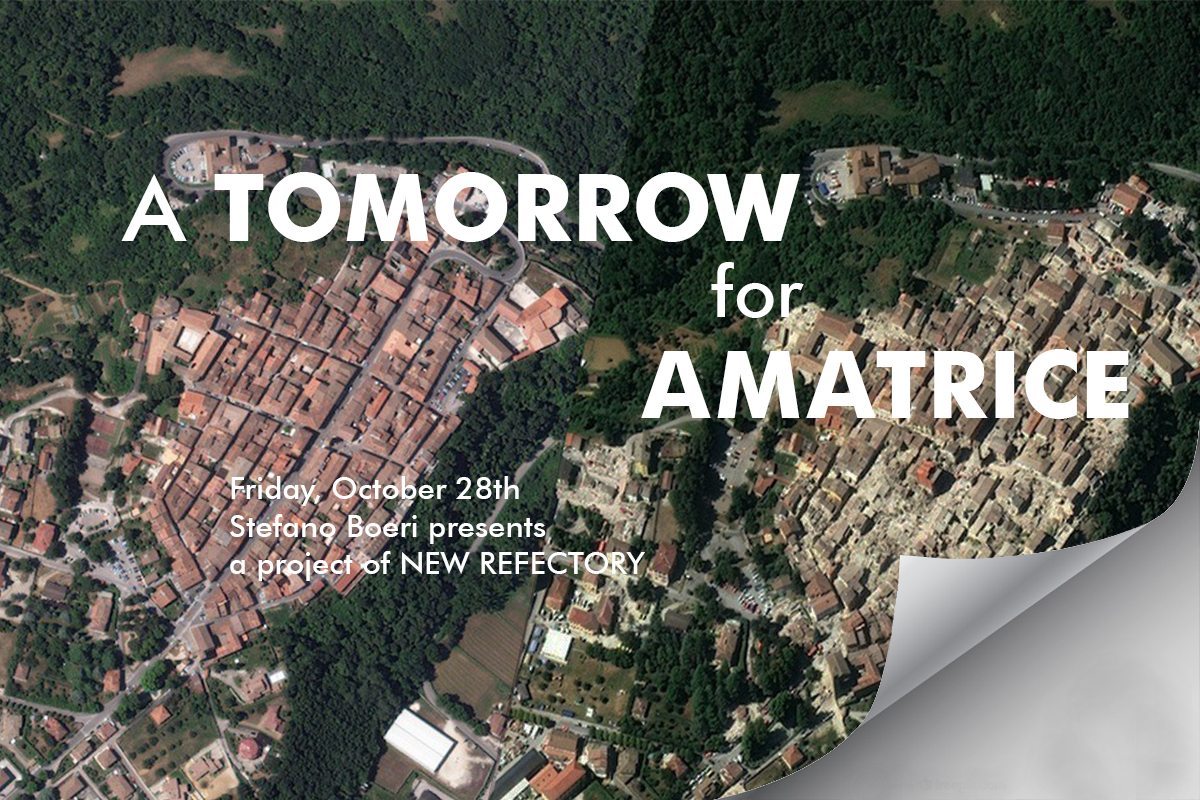 Due to the Earthquake that shook Central Italy last night, the event has been cancelled. We sympathize with the residents of the affected area.

The children of Amatrice (a town in Central Italy gravely damaged by last summer Earthquake) will have a new refectory by Christmas, thanks to the contribution of Stefano Boeri Architetti.  The project is going to start up thanks to the first destination of the funds raised by the platform “Un Aiuto Subito” (Immediate Help), an initiative promoted by Corriere della Sera and TG La7, together with TIM and Starteed. The other part of the project will be realized by Easter – a food court with restaurants meant not only as a temporary feeding hub but as a reference point, representing the gastronomic culture of the region. In the long-term perspective this aspect is considered one of the potential engines of renaissance of Amatrice.  The project aims primarily on giving immediate help to the people left at once without roof and means of subsistence, on giving to schoolchildren a new facility for feeding. But at the same time all the structures are thought to be consequently readopted to the other functions, once the town is rebuilt.

On Friday, October 28th, Stefano Boeri will present the project to the citizens of Amatrice, together with Enrico Mentana (TG La7) and Luciano Fontana (Corriere della Sera). The presentation will also be attended by Graziano Delrio (Minister of Infrastructure and Transportation), Nicola Zingaretti (President of  Lazio region), Debora Serracchiani (President of the Region Friuli Venezia Giulia).
Find out more about the fundraising campaign: https://www.unaiutosubito.org/it/terremotocentroitalia2016