florencecalling
creativity in exhibition against terrorism 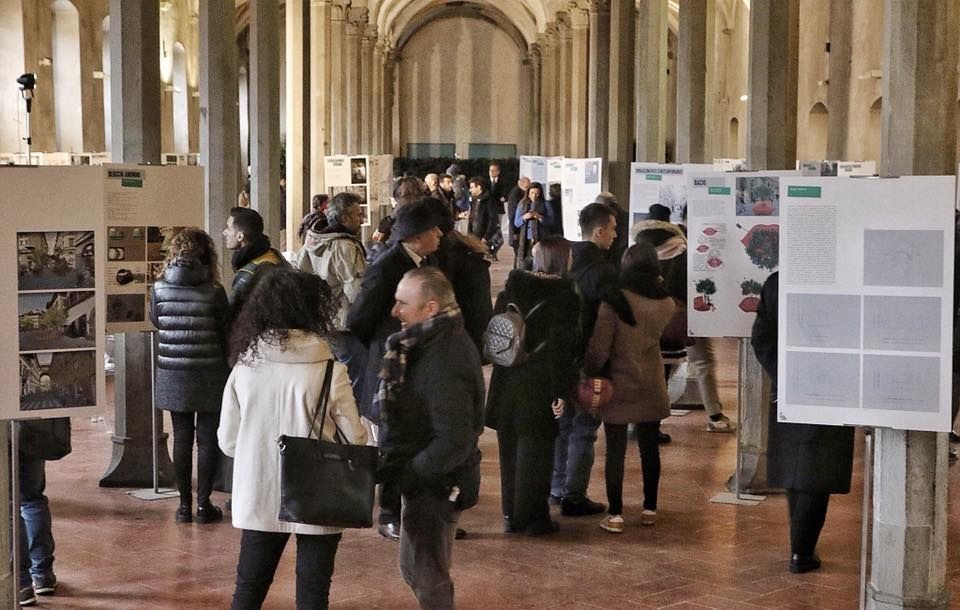 The 52 projects presented to the City of Florence in response to the Call for Arts #Florencecalling, public appeal launched in the summer 2017 to transform the anti-terrorism barriers into urban furniture, were exposed today in an exhibition in the Refectory of Santa Maria Novella. Creativity against terror, this is the leitmotif of the day and of the project.

The inauguration took place in the presence of the Mayor of Florence Dario Nardella, Councilor for urban planning and architecture of Paris Jean Louis Missika and Architect Stefano Boeri, who launched the idea of ​​involving creativity in the design of innovative devices for protection of public spaces.
Missika’s presence, one of the most active and attentive political exponents when it comes to linking urban planning and security requirements, signed the birth of a Florence-Paris axis centred on the city protection theme.

Created with the aim of transforming the need for greater security into an opportunity to embellish our cities, #Florencecalling collected 52 proposals from all over the world. Appeal addressed to companies, schools, designers, creatives and professional studios has involved Italian and international citizens, who came up a wide range of ideas – trees, benches, large vases, sculptures, installations, lights … – alternatives to concrete blocks which are usually used for the safety of public places. “The variety and quality of the proposed solutions – says Stefano Boeri – confirm the importance of making a virtue out of necessity, thanks to the creativity of architects, artists, artisans, companies, avoiding transforming our most beautiful squares into militarized places”.

An official press release of the Municipality underlines that The Call for Arts and the exhibition also demonstrate that Florence is a city engaged in an open dialogue with the world of art and design, ever willing to evaluate and welcome new ideas, while safeguarding the authors’ ownership and copyrights, in order to trigger a proactive debate regarding the future positioning of the artistic anti-terror barriers and to supply useful recommendations to other cities.

Boeri concludes with congratulations: “The success of the call given by the numerous proposals received demonstrates the desire not to surrender to fear, but to fight it with beauty and creativity. It becomes an example of victory for the community and urban rebirth under the sign of aesthetics and the need for protection”.

Here a selection of the projects presented.