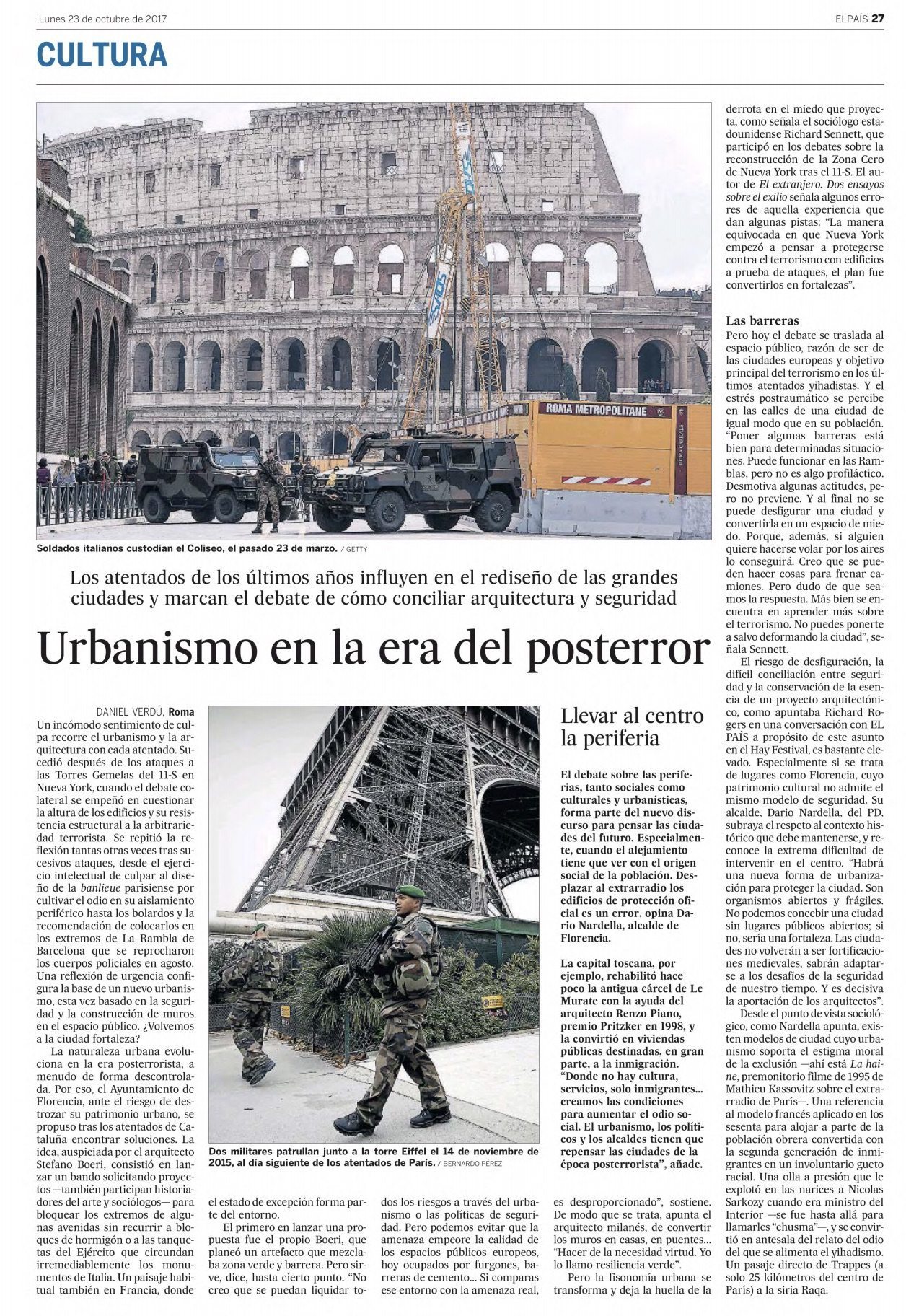 Interview with Stefano Boeri on the Spanish newspaper El País. The architect who has stressed the importance of responding to the security needs of public spaces in terms of usability for citizens, innovation of urban design, aesthetic beauty and greenery, is interviewed among the protagonists of the international debate on new challenges of urbanism.
El País points out “urgent reflection that is the basis of a new urbanism, this time based on security and the construction of walls in public space. We must return to the fortress city? Urban nature evolves into the post-terrorist era. The city of Florence, in order to face with the risk of destroying its urban heritage, has proposed solutions after the attacks in Catalonia. The initiative in Florence (#Florencecalling), following an idea of the architect Stefano Boeri, is to engage even art historians and sociologists to close the entrances to some avenues into the historic centers, without resorting to concrete blocks or tanks surrounding the monuments of Italy. A common landscape also in France, where the state of emergency exists.
The first to launch a concrete proposal was just Boeri, drawing a device that included green elements with the function of the barrier. But it needs, he says, to a certain extent. ‘I do not think all the risks can be solved through urban planning or security policies, but we can prevent the threat of worsening the quality of European public spaces now occupied by vans, concrete barriers … If you compare that environment with the real threat, is disproportionate’ he says. So it is, we have to think of converting the walls into homes, bridges … ‘do virtue necessities, I call it green resilience’ says Boeri”.
Themes that involve Italian, European and Western policies. Richard Sennett, a US sociologist, has also commented on this topic after the attack on the Twin Towers: “You can not transfigure a city and transform it into a space of fear.”