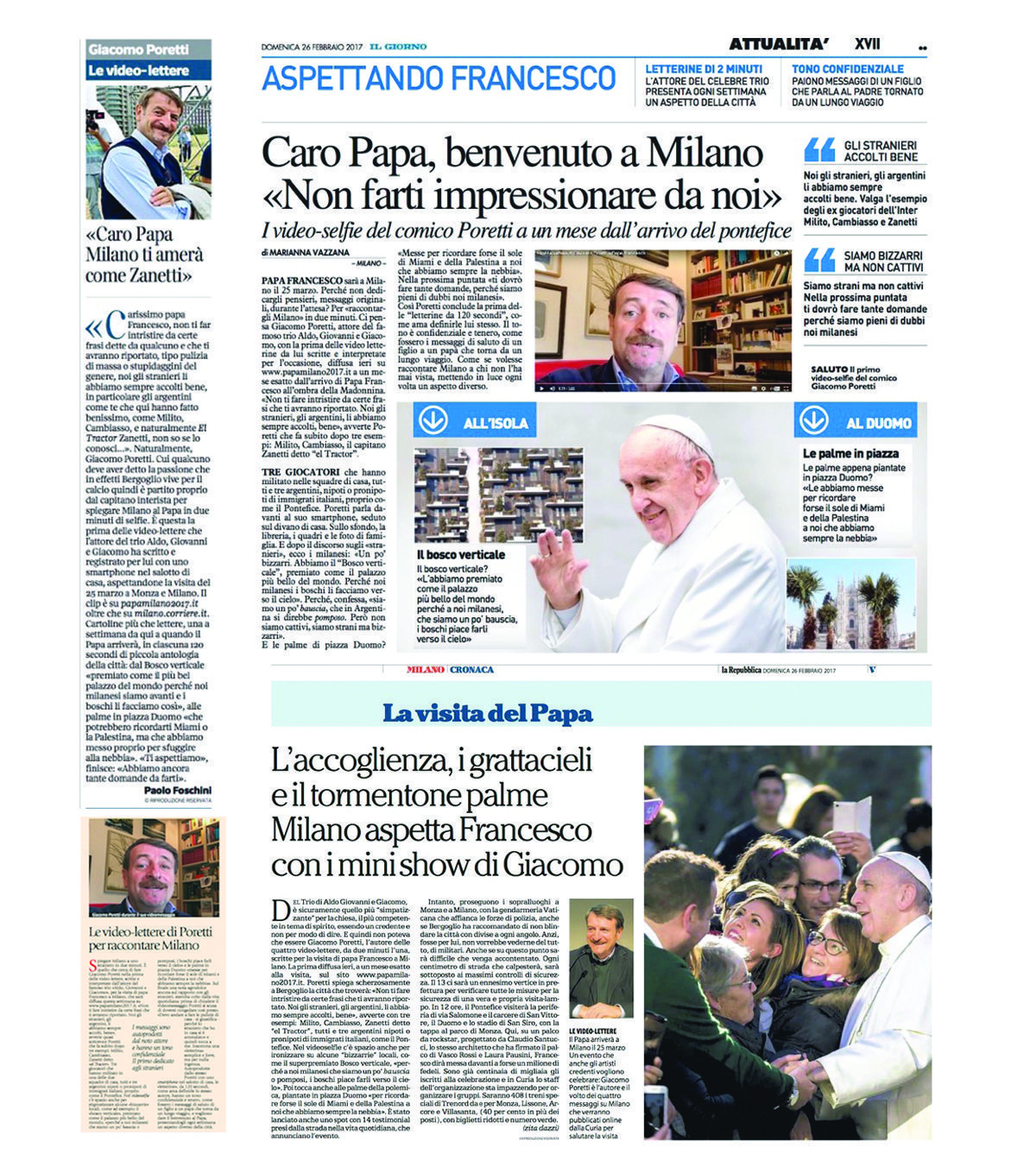 The Vertical Forest is increasingly inserted into the social fabric of Milan, it is not only a symbol of the city, but it has taken on the role of real citizen, “bauscia” in the meaning that gives the comic actor Giacomo Poretti in the welcome video-letter to Jorge Mario Bergoglio, a month before his visit: “We awarded the Vertical Forest as the most beautiful building in the world because we Milanese, we’re a little ‘bauscia’, we look at the future, the woods, we like to build them into the sky”.
Waiting for Pope Francis, the humor on Vertical Forest makes smile the Milanese and press: they speak Sunday, February 26th, among others, the newspapers Corriere della Sera, La Repubblica, L’Avvenire, Libero, Il Giorno.