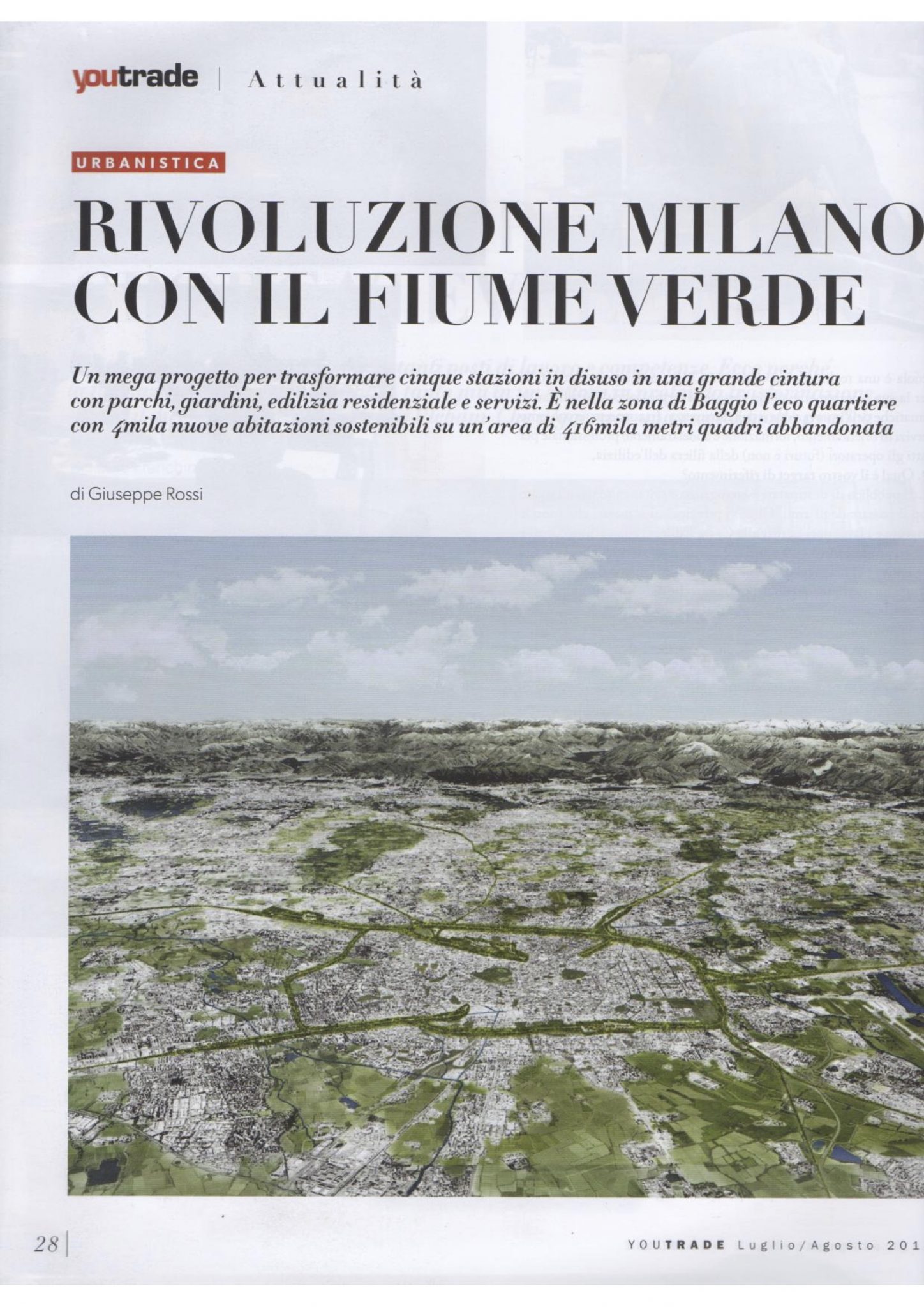 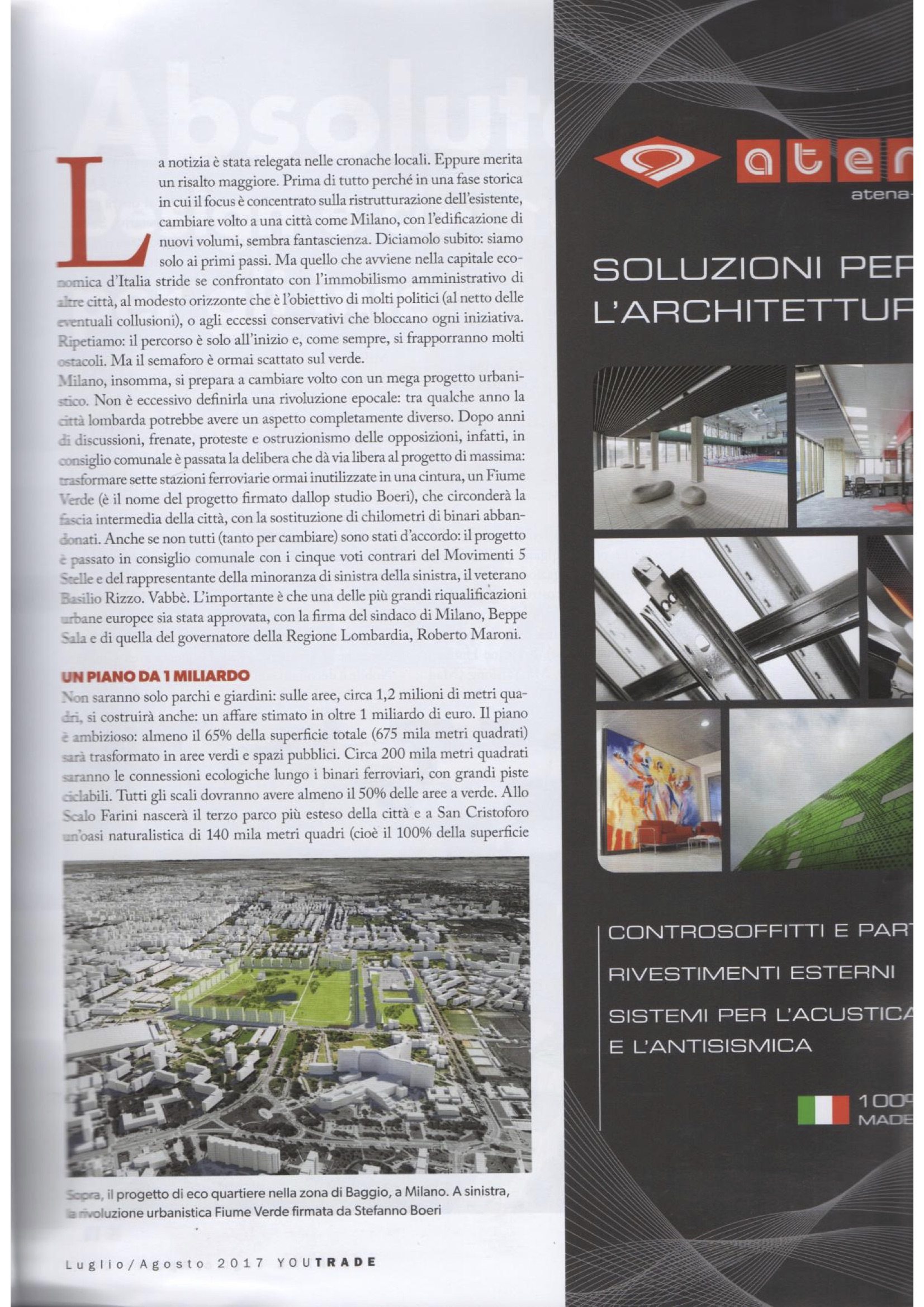 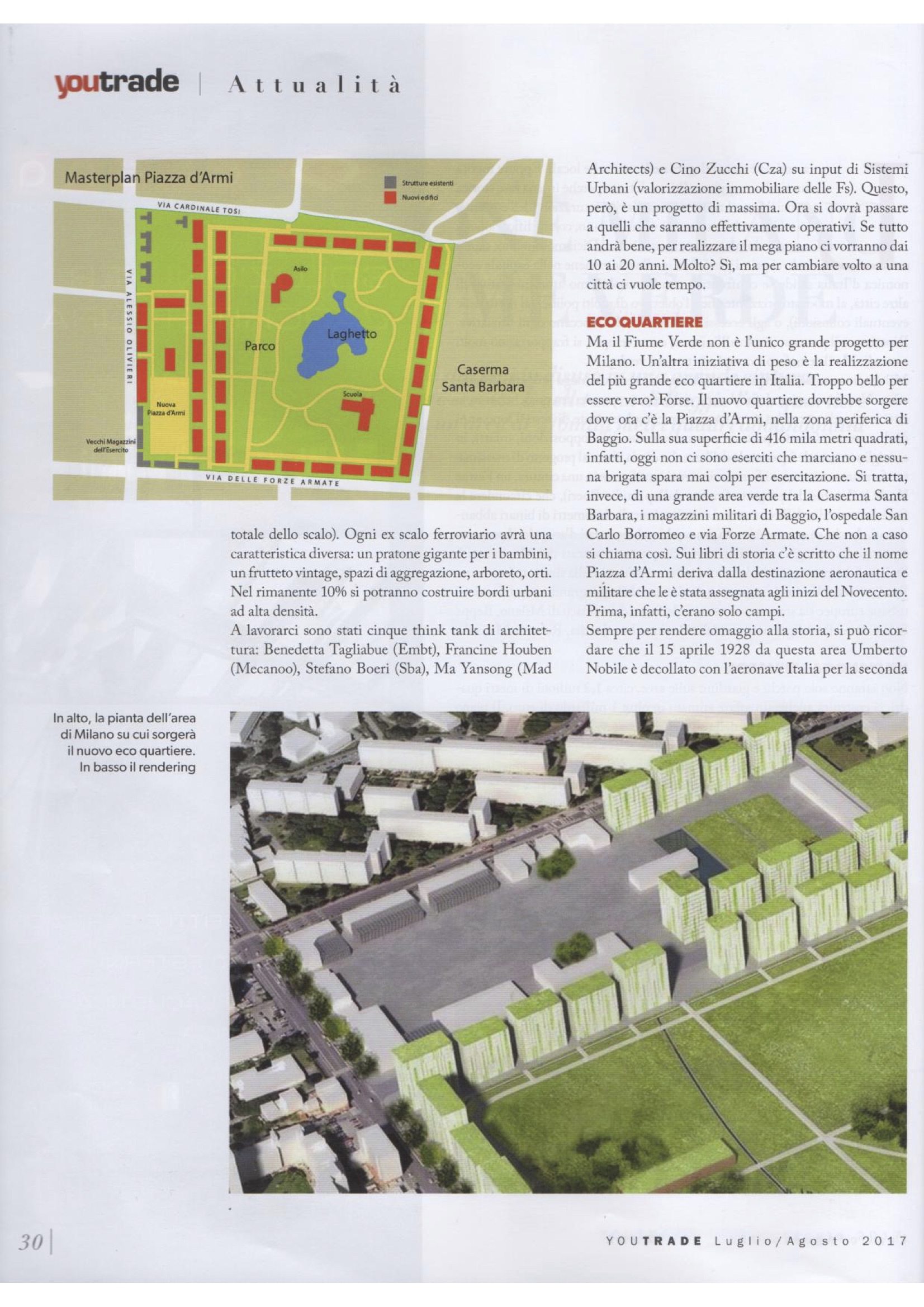 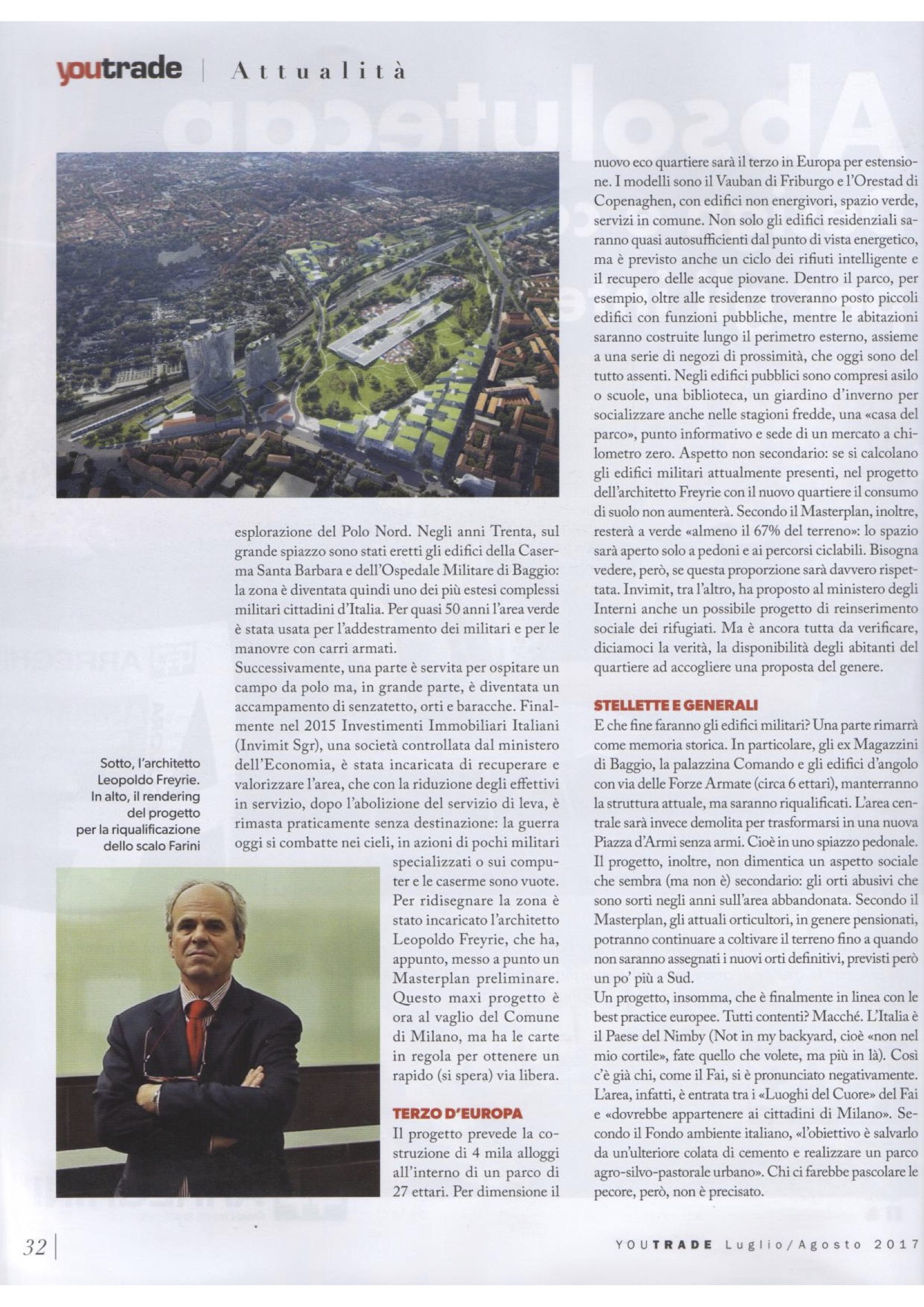 Milan has the opportunity to change its aspect with the project of reforestation A Green River signed by Stefano Boeri Architetti. This requalification, one of the greatest in Europe, involves the seven railway yards of the city now in disuse, transforming 90% of the surface in green areas and public spaces. The yards of Green River are connected by green corridors made on the bands of the tracks.  Scalo Farini will be the third largest park in the city and San Cristoforo will become a naturalistic oasis of 140 thousand square meters, equal to 100% of the surface.