SETTE
THE NEW ERA OF TIRANA 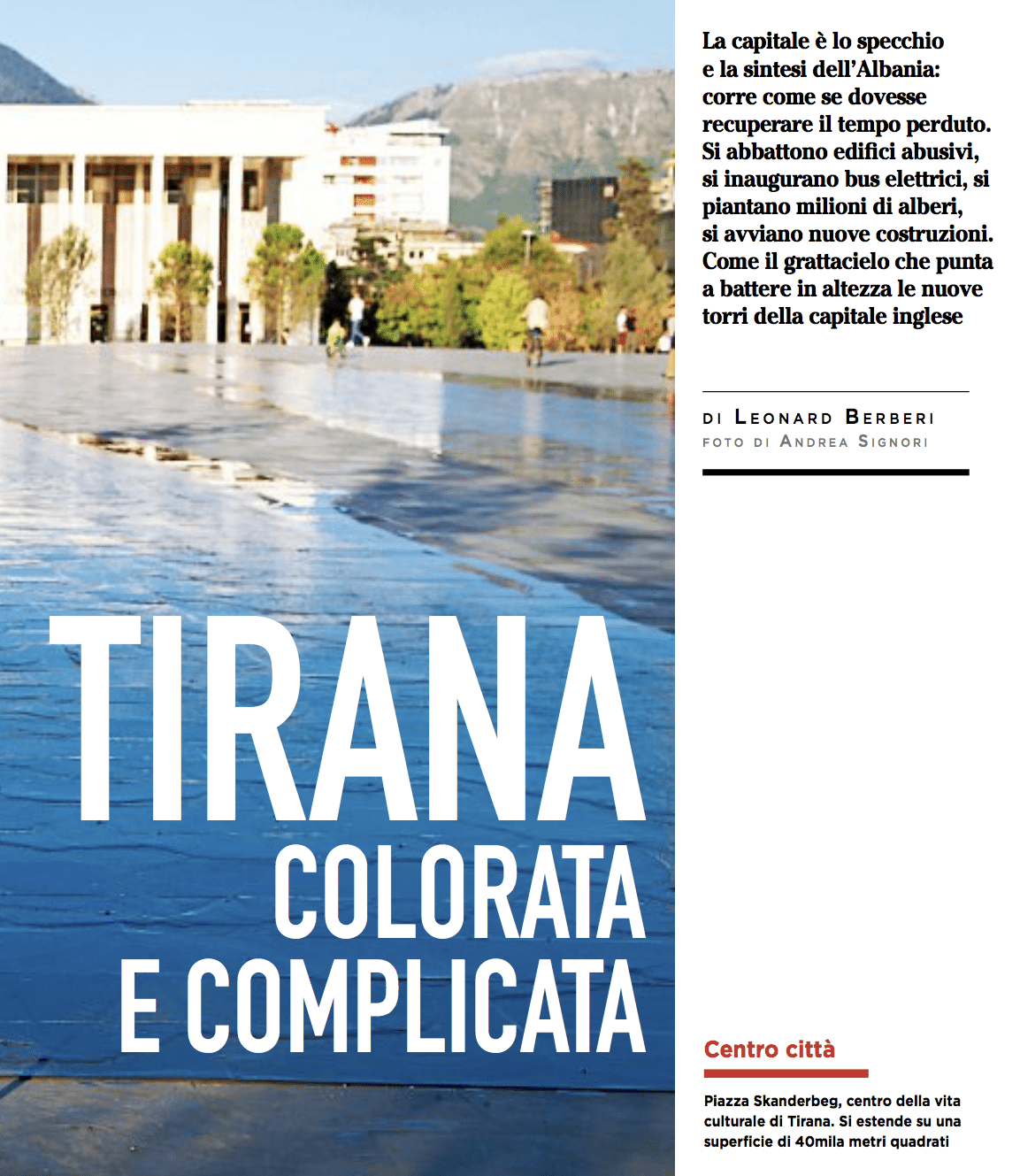 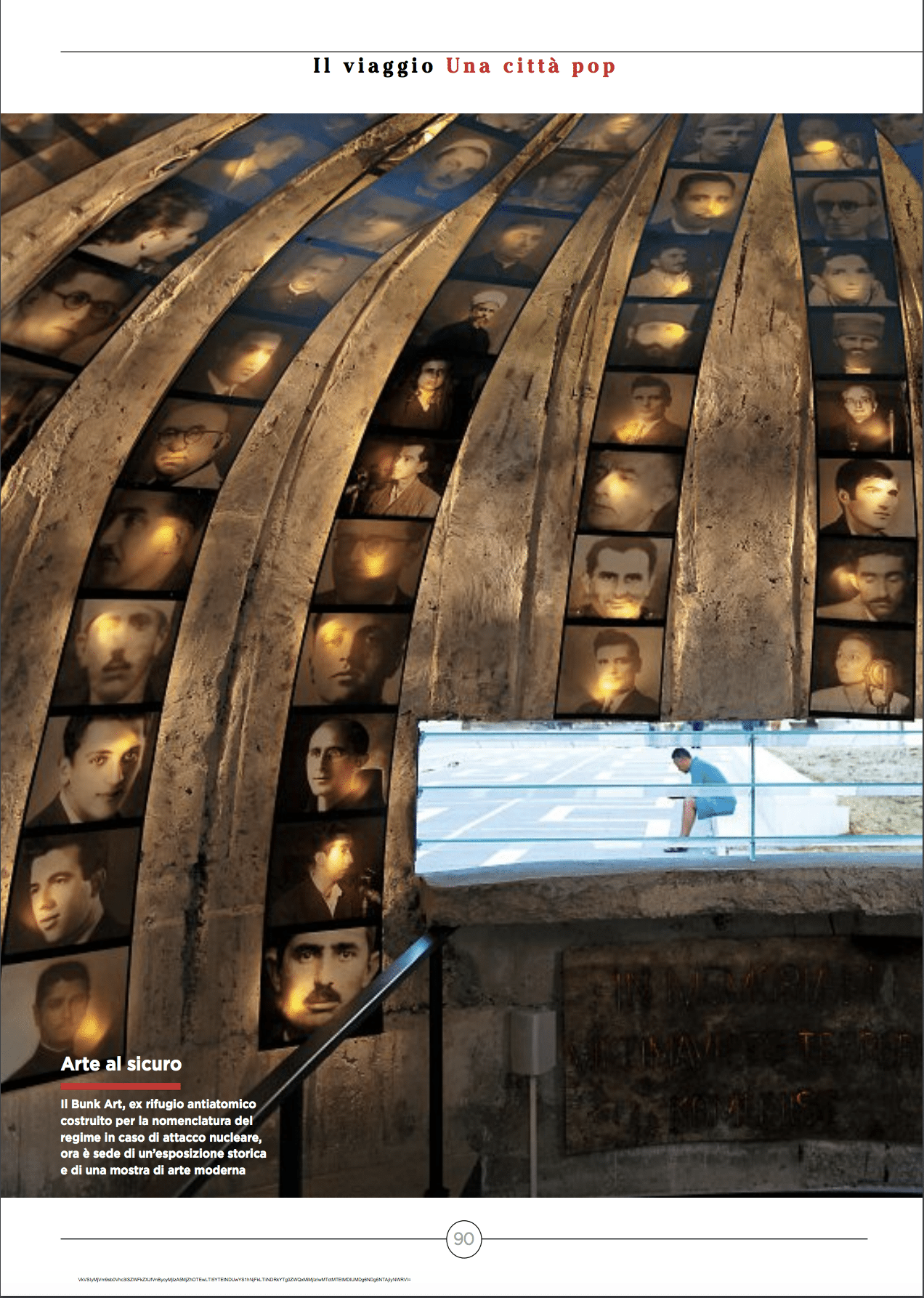 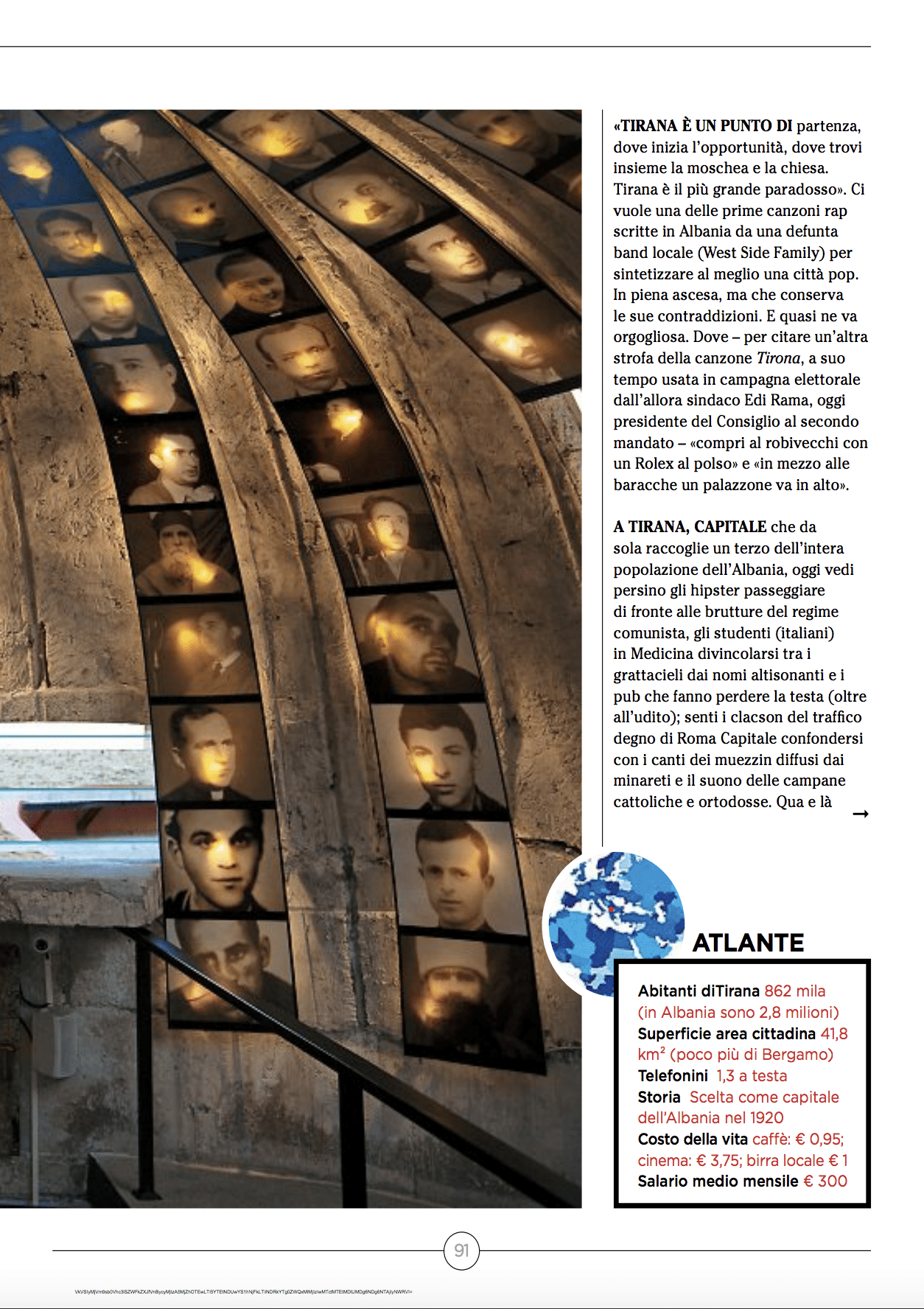 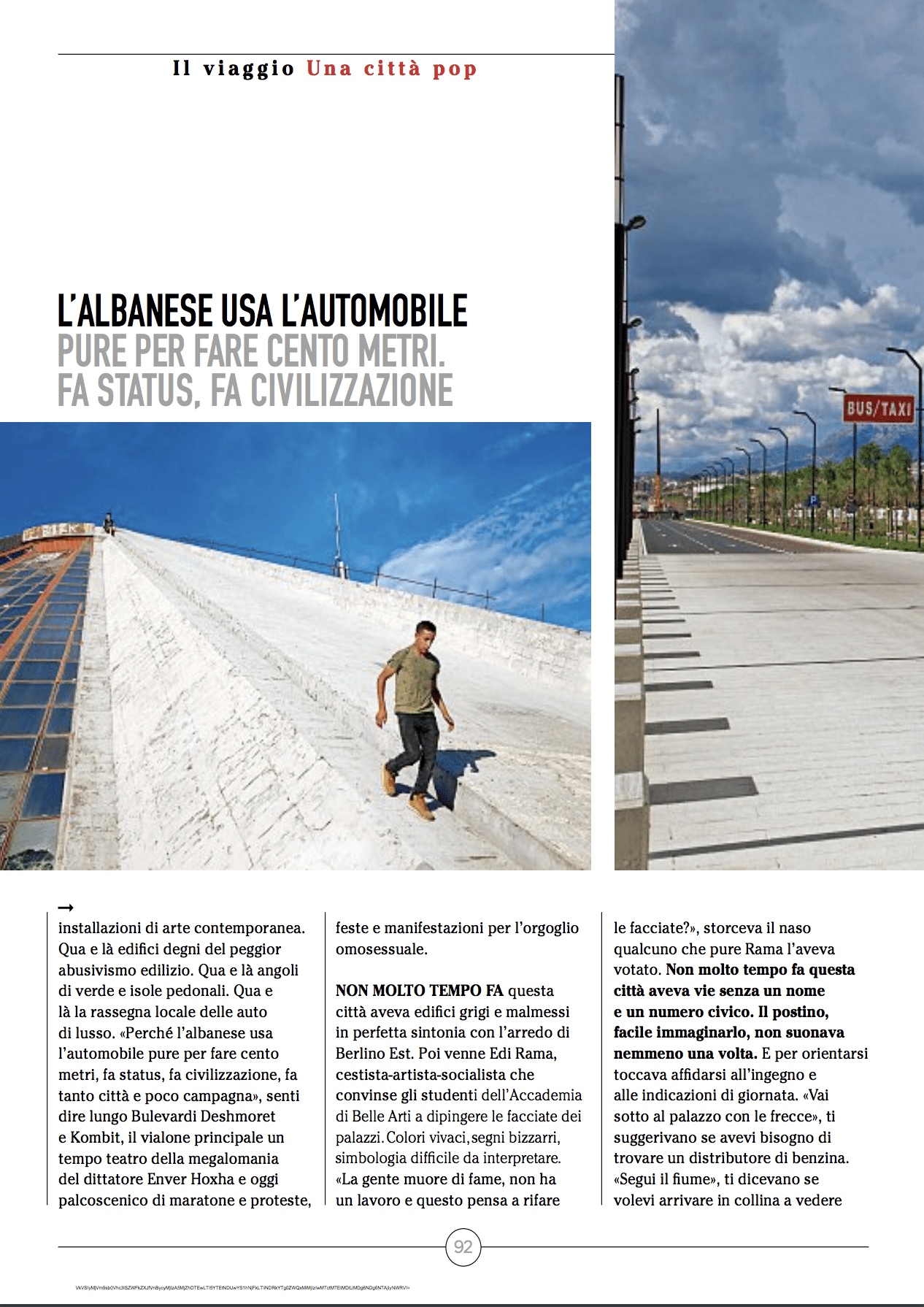 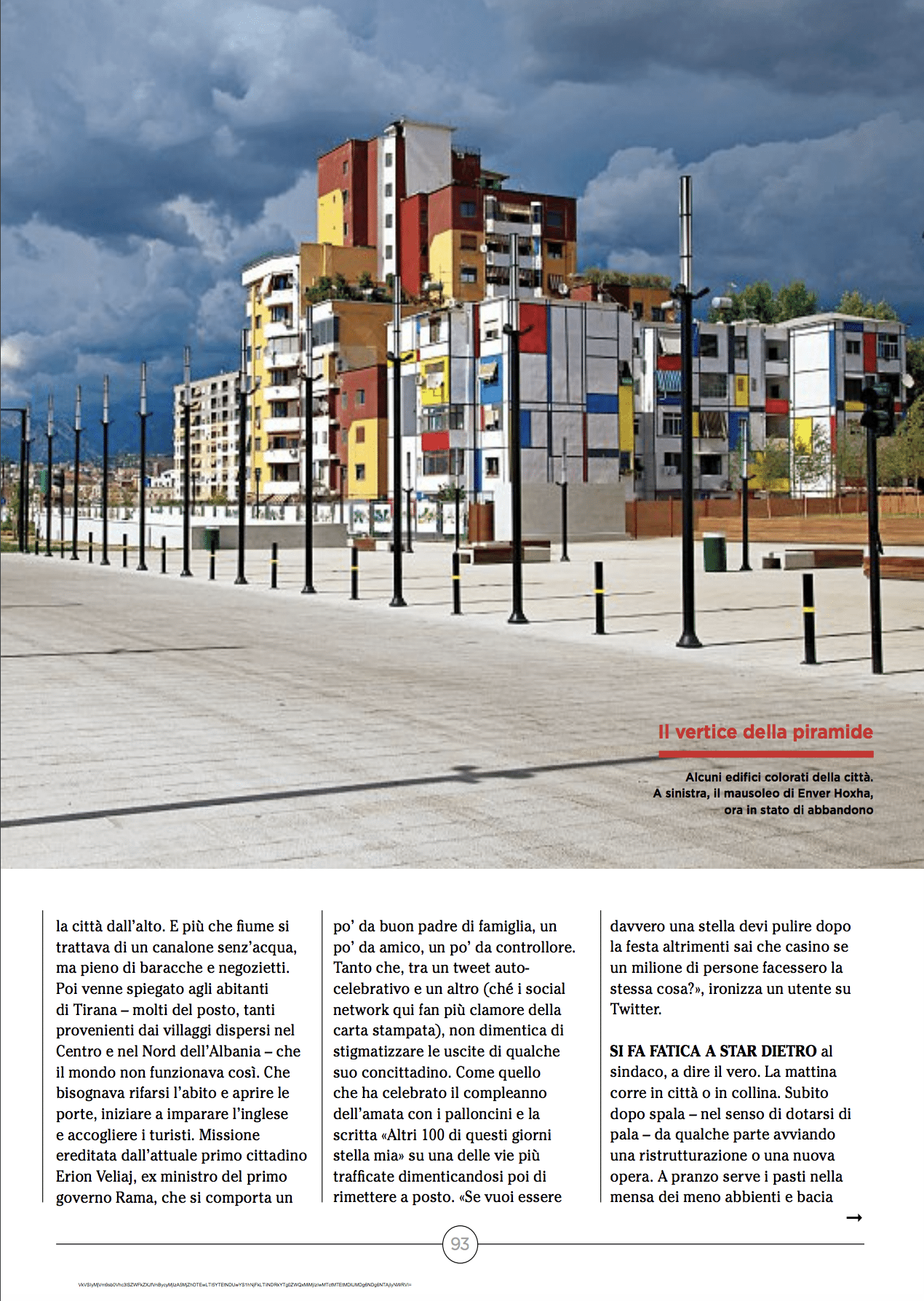 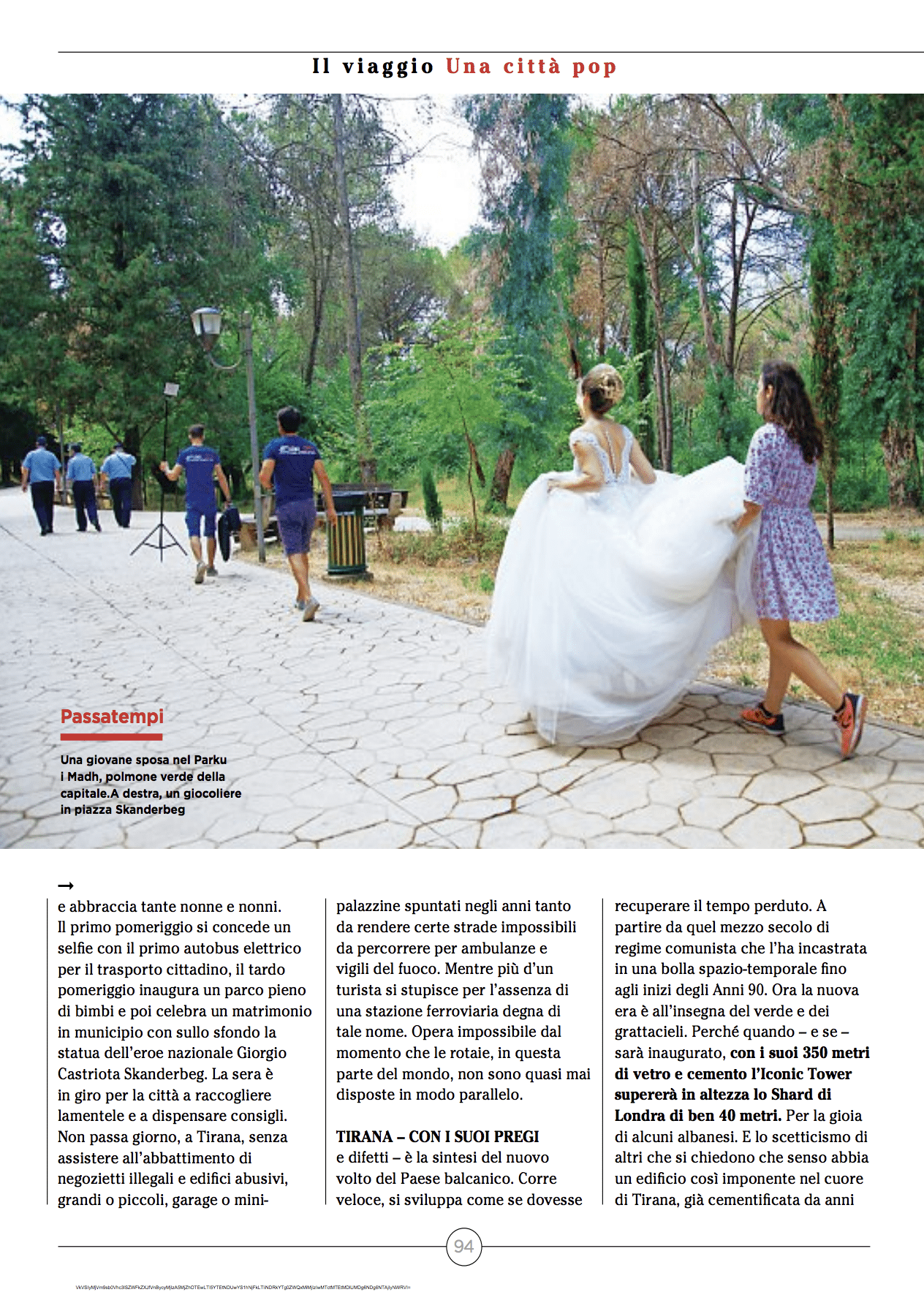 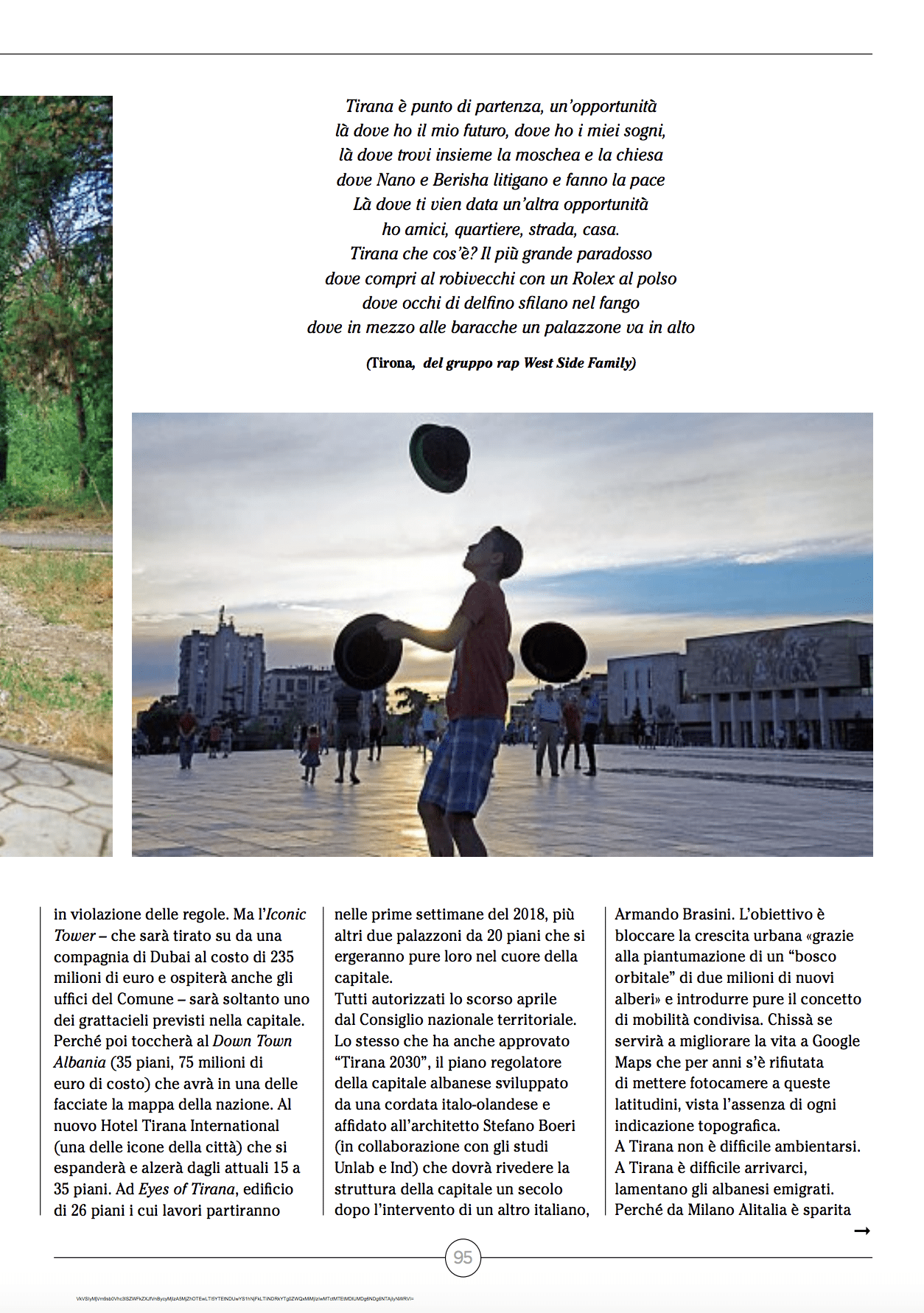 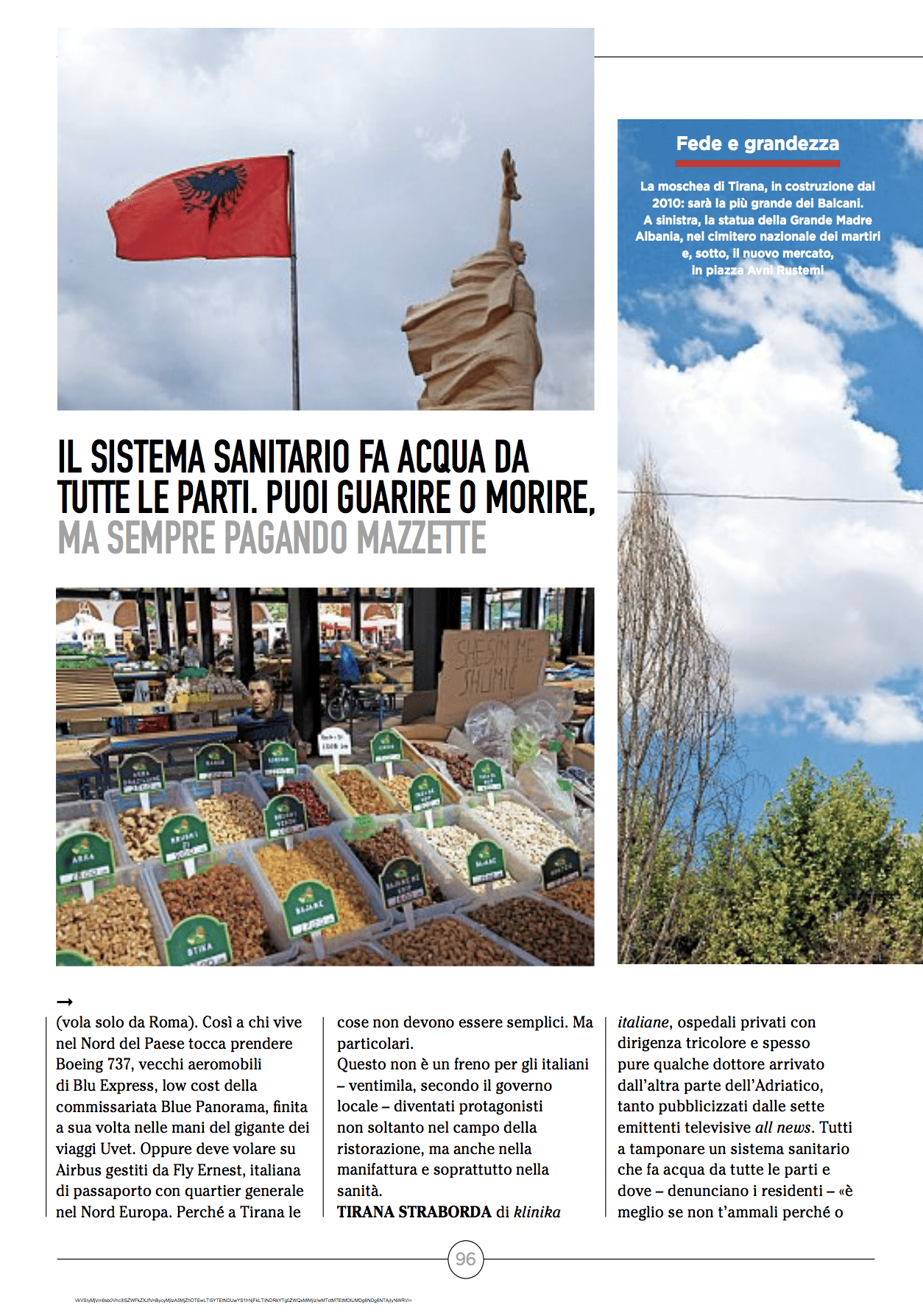 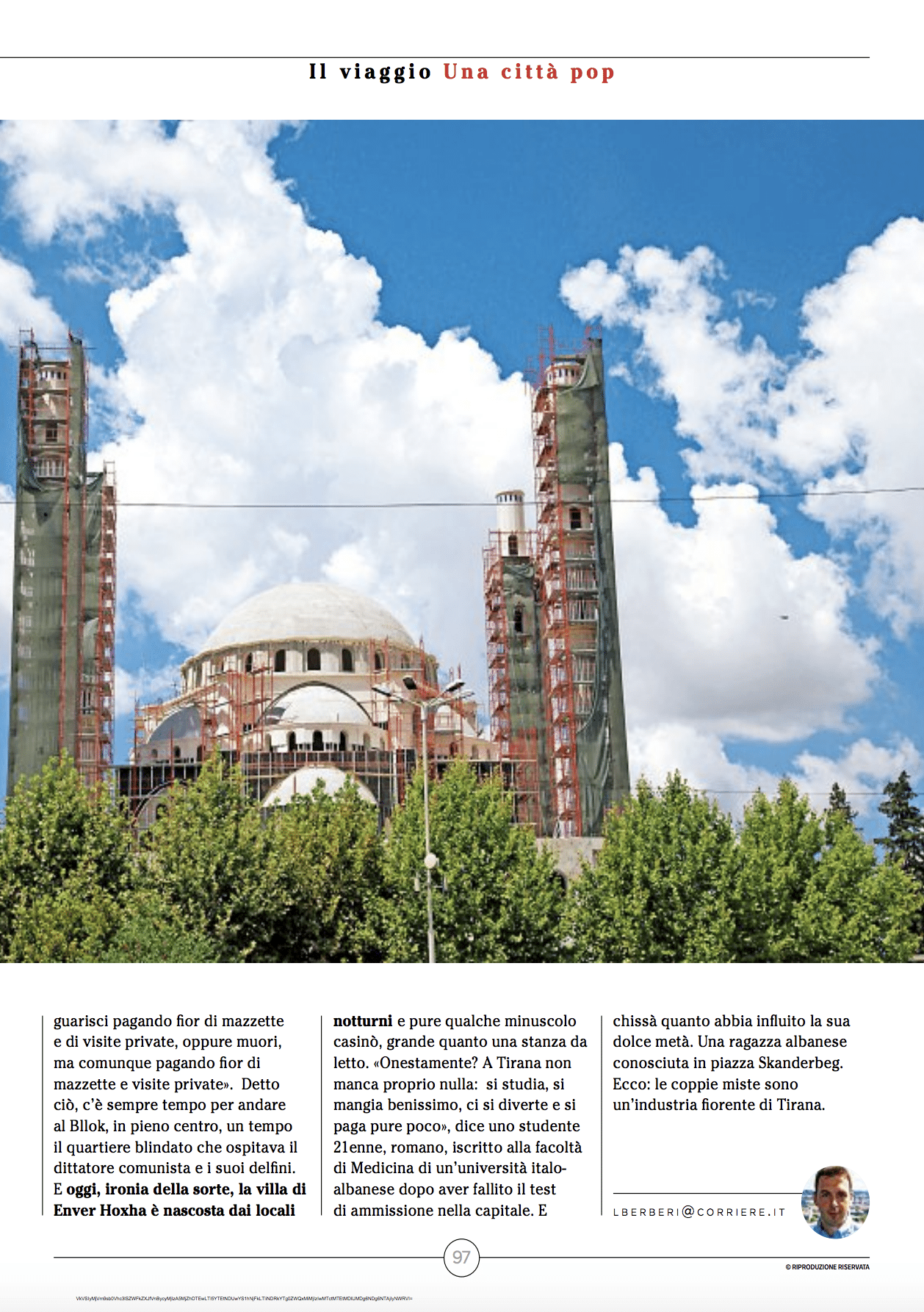 On the weekly magazine Sette, with the newspaper Corriere della Sera, an article on Tirana, mirror and synthesis of the new Albania. The Balkan capital runs as fast as if it was to recover the past time, with the contradictions stemming from a communist regime of fifty years and the new opening after Edi Rama. They abolish abusive buildings and inaugurate the new era of greenery. The National Council of Territories approved Tirana 2030, the General Local Plan developed by Stefano Boeri Architetti (an Italian-Dutch team, in collaboration with Unlab and Ind), which redesigns the structure of the city, a century after the intervention of the Italian Armando Brasini. The goal is to block urban growth by planting an orbital forest of two million new trees and introducing the concept of shared mobility as well.