REPUBBLICA
GALLERY OF MILAN IN THE HEART OF ART KILOMETER 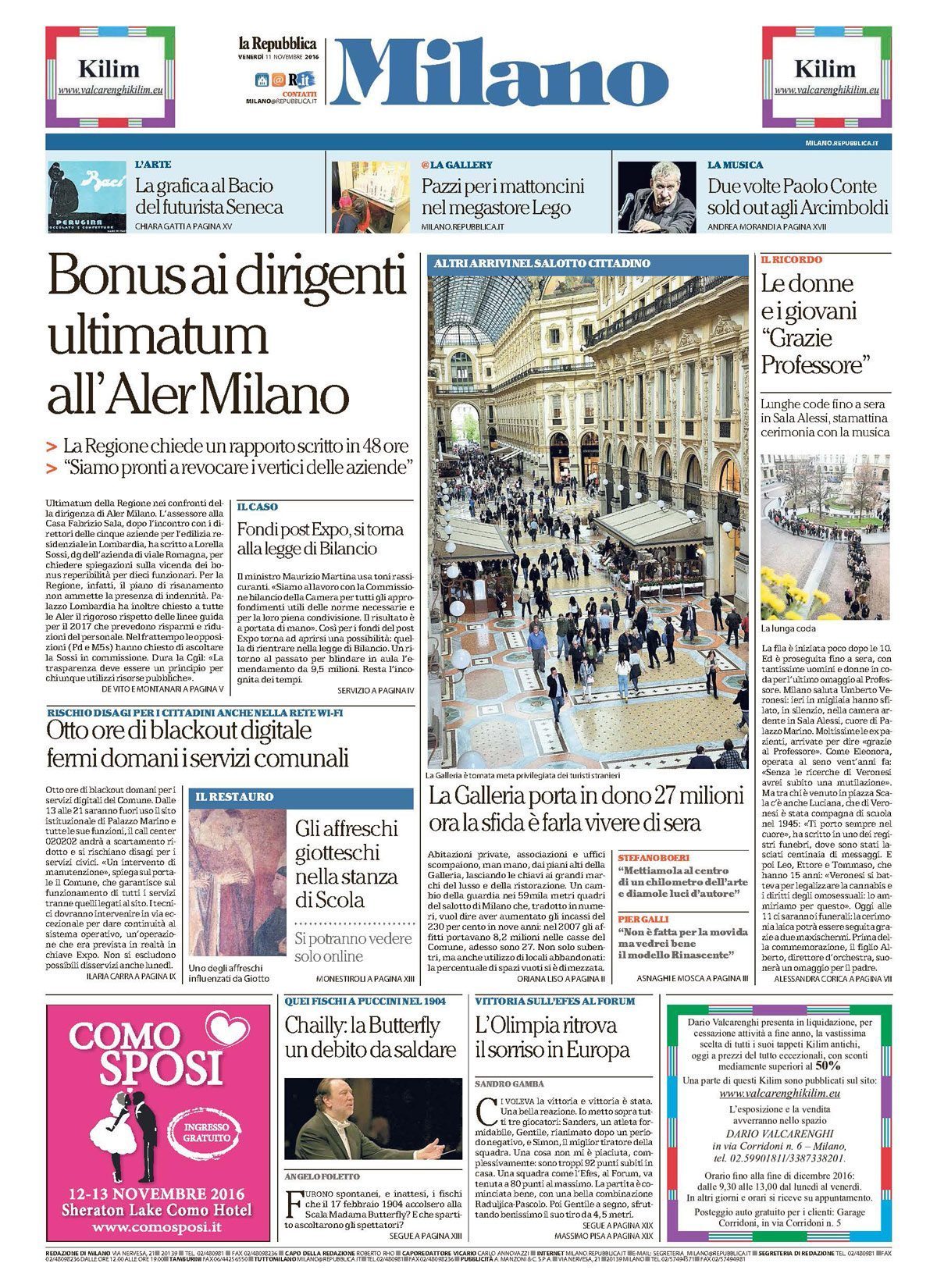 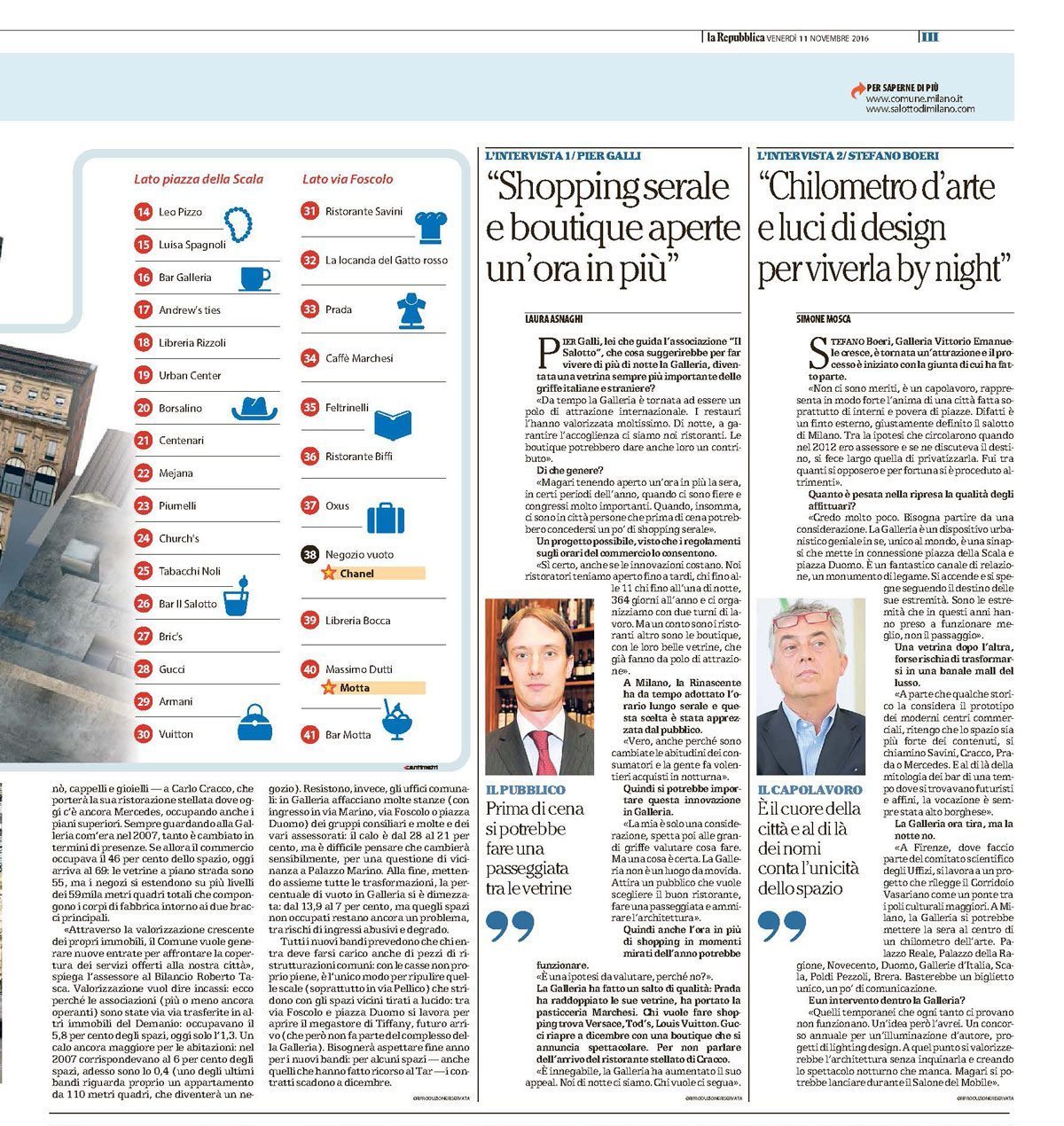 Stefano Boeri: “Let’s put it in the center of an Art Kilometer and give it artistic illumination”.

«Undoubtedly, it is a masterpiece, represents in a strong way the soul of the city which is made mostly of interiors but poor of squares. In fact, it’s a pseudo exterior often defined as a parlor of Milan. Among the ideas discussed while I was a Counselor for Culture in 2012 about its destiny, the one to turn it to private has been chosen. I have been among the ones who disagreed and fortunately another decision has been made.” How much importance has been given to the quality of renters? – “Very few I guess. We have to start with a consideration that the Gallery is a congenial urbanistic device, unique in the world. It’s a synapsis that connects La Scala Square and Duomo square. It is an extraordinary relationship channel, a monument of bind.  It turns on and off following the destiny of its extremities and it’s these extremeties that ultimately began to function better, not the passage itself”.