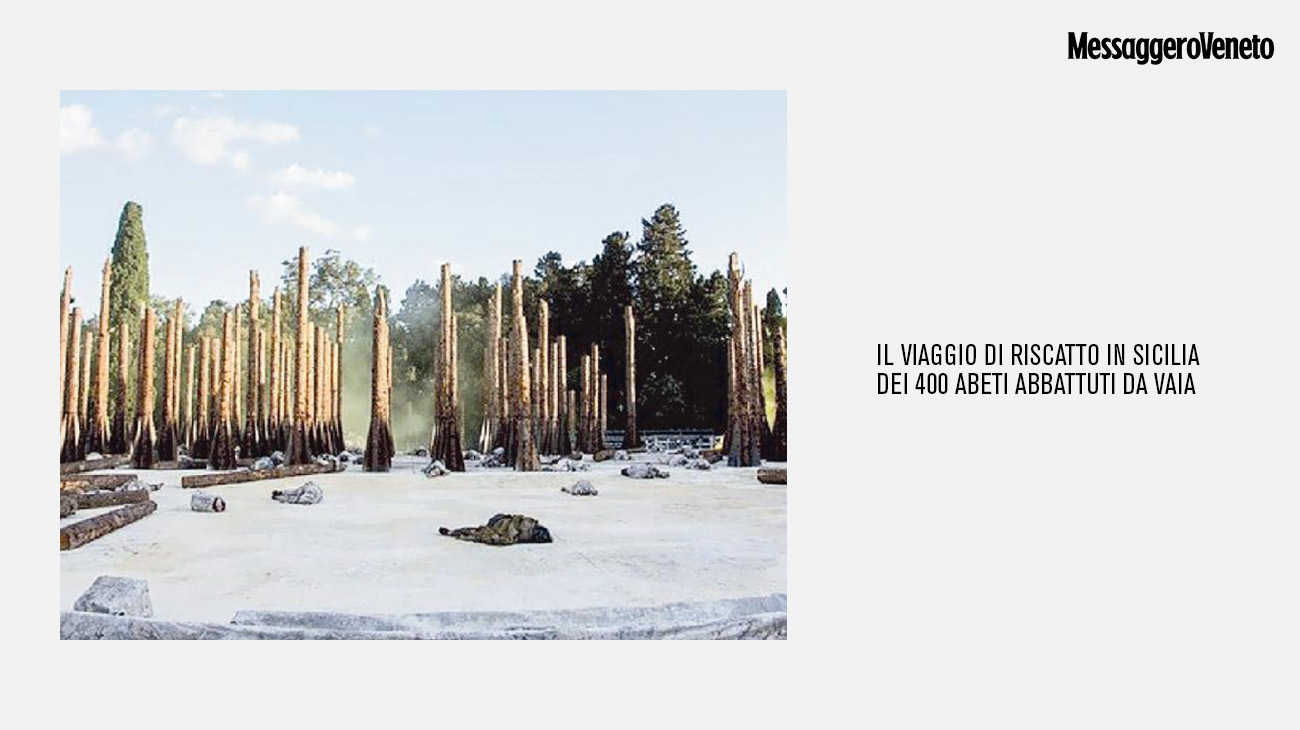 On Messaggero Veneto, an article presents the story of the redemption of 400 trees destroyed in Carnia by the Vaia storm, today the trunks have been used as a frame for a tragedy by Euripides – Le Toriane – at the Syracuse theater. “Le Troiane“, the documentary tells the journey of the trees, 1500 kilometers, from Carnia to Sicily, in a succession of landscapes, colors and sounds, retracing the realization stages of the scenography signed by Stefano Boeri Architetti. The short film, directed by Stefano Santamato and produced by Paolo Soravia won the Venice Architecture Short Film Festival 2020.