HomePress release LA REPUBBLICA | ON THE SCOOTER IN THE TIME

LA REPUBBLICA | ON THE SCOOTER IN THE TIME 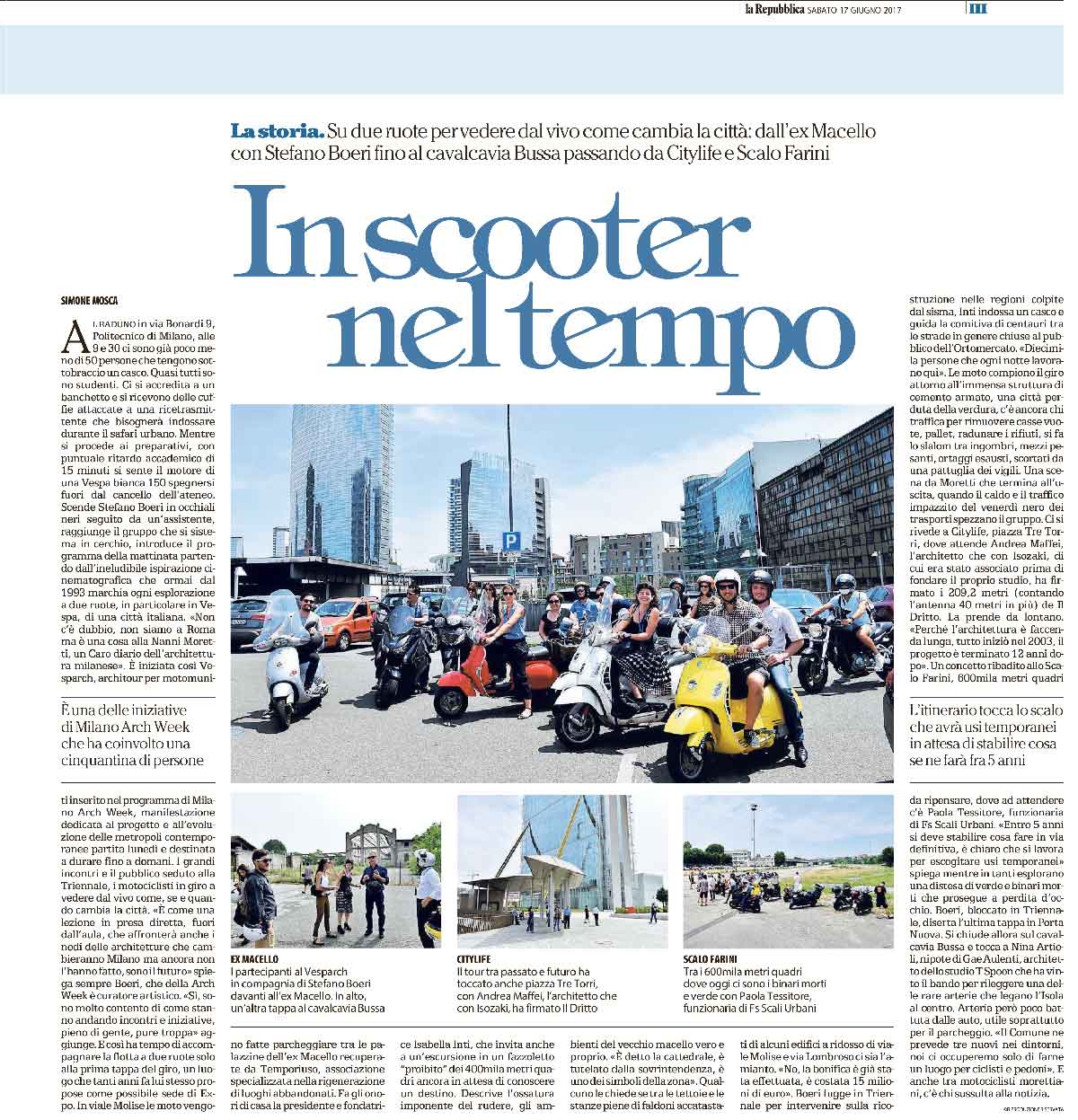 VespArch, an initiative part of Milano Arch Week that took place from June 12th to June 18th, saw the participation of many students on two wheels. With the guidance of Stefano Boeri, art director of Milano Arch Week, the evet gave the possibility to watch changes and possible evolution of Milan in live.
“It’s like a live lesson, out of the classroom, which will also deal with nodes of architecture that will change Milan but still have not done so, it’s the future” said Stefano Boeri.