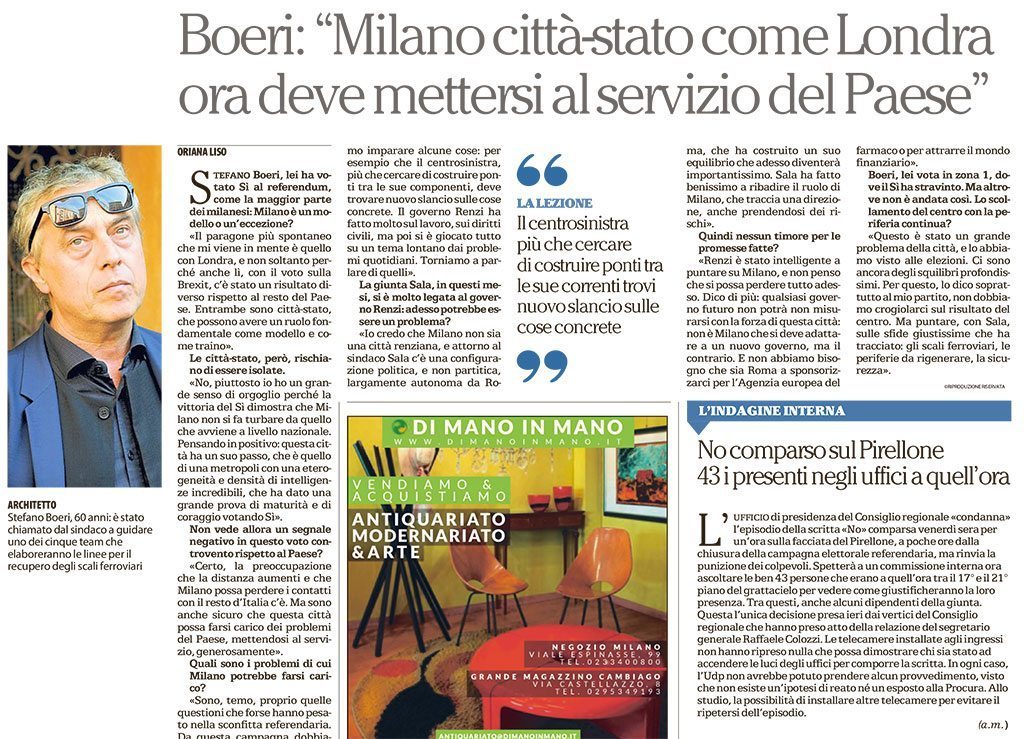 In this interview after the constitutional referendum, Stefano Boeri comments the way Milan voted: in the city, the majority of people voted YES, differently from what happened in other Italian big cities.

Boeri says that this result confirms the role which the city can play to help Italy focusing on the issues from which the referendum started and that, day by day, had been overwhelmed by political confrontations.