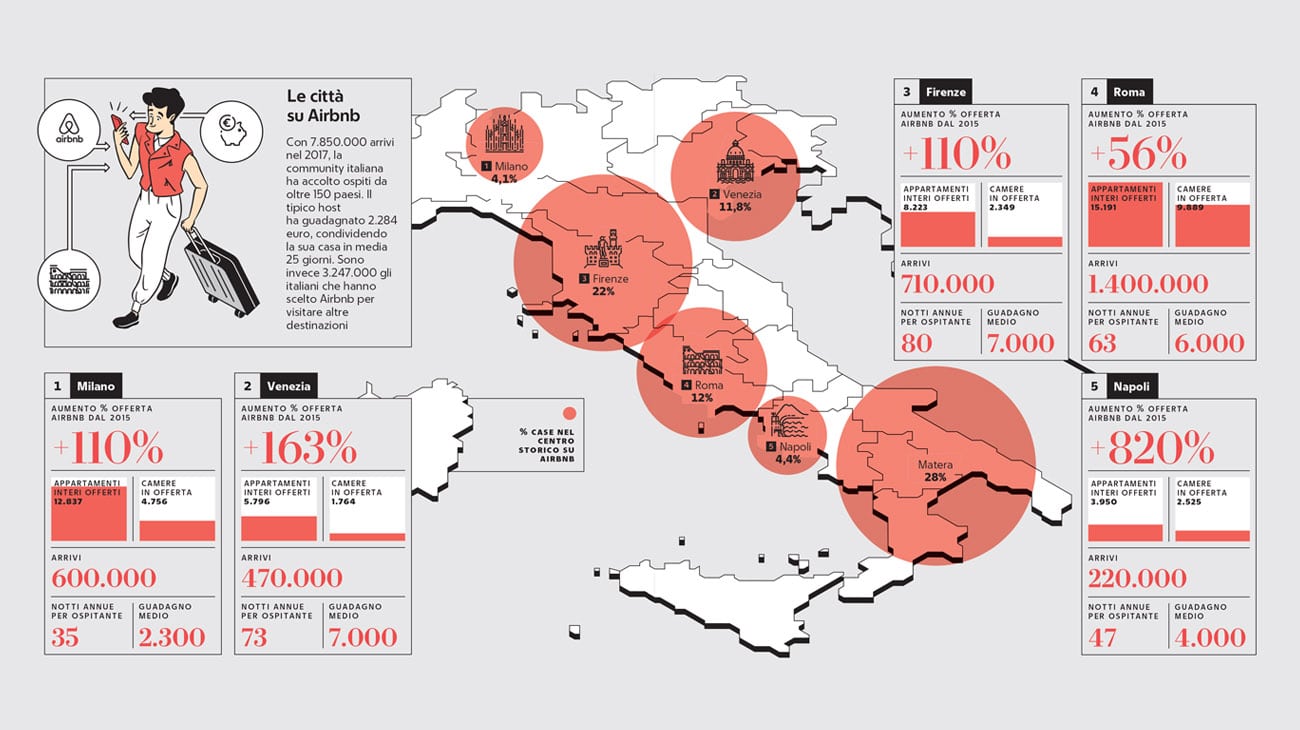 An article published on La Repubblica that analyses the Airbnb phenomenon: its influence on the forms of tourism and on cities.
In fact mass tourism reshaped the main cities in the world in the last decades, almost retracing centers and traditional neighborhoods. The Barrio Gotico in Barcelona, the Marais in Paris, the whole island of Venice, the centers of Lisbon, Madrid, Prague, Florence, Rome, Milan, Naples experienced a real social transplant with an exponential growth of the renting costs.
Stefano Boeri, who has been interviewed on this topic, outlines some reasons, first of which the temporaneity of the rents which was born as a collaborative economy and that today became driving force of a deep urban metamorphosis. The regulation of these platforms could help to tackle the centers’ invasion which are risking their identities due to the chaotic consumption generated by a multitude of short visits.
Bernardo Secchi already identified in the real estate some elements which were filtering up or filtering down. These elements can modify a neighborhood social, demographical and economical conditions and the value or the decay of the vaste urban archipelago depends from this moltitude of variables.