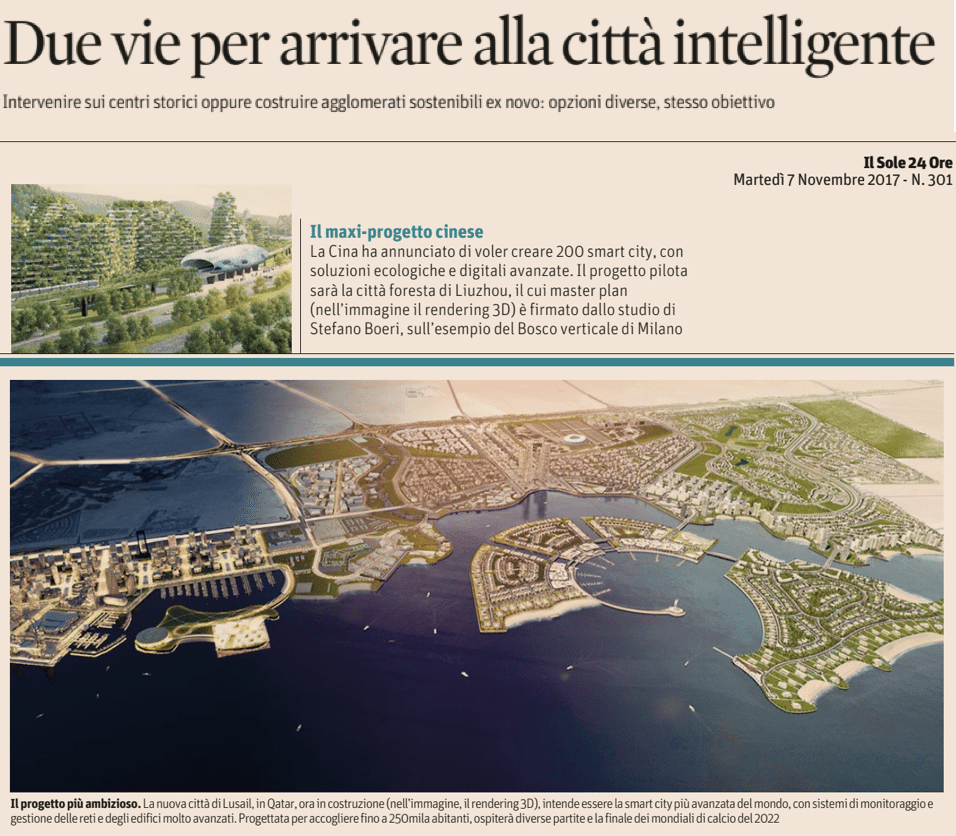 Alarming data on urban pollution and population growth forecasts of cities suggest that the future of metropolises should go in the direction of sustainable development. The city of the future is the smart city.
The European and American smart city vision is dominated by the concern of making the big historical centers intelligent, increasing the fluidity of transport and communications, waste disposal, energy and water distribution in cities that already exist and are likely to become too clogged .
In emerging countries, however, the vision tends to build new greenfield agglomerations, to plan cities in the way to cut emissions, thanks to the most innovative technologies for energy efficiency. There are two different ways for a common goal: maximally saving scarce resources. In China, the pilot project for the future of the smart city is inspired by Stefano Boeri‘s architect Vertical Forest in Milan. Stefano Boeri Architetti has been called by the Liuzhou Municipality to design Liuzhou Forest City, the world’s first forest city covered by over one million plants and 40,000 trees.