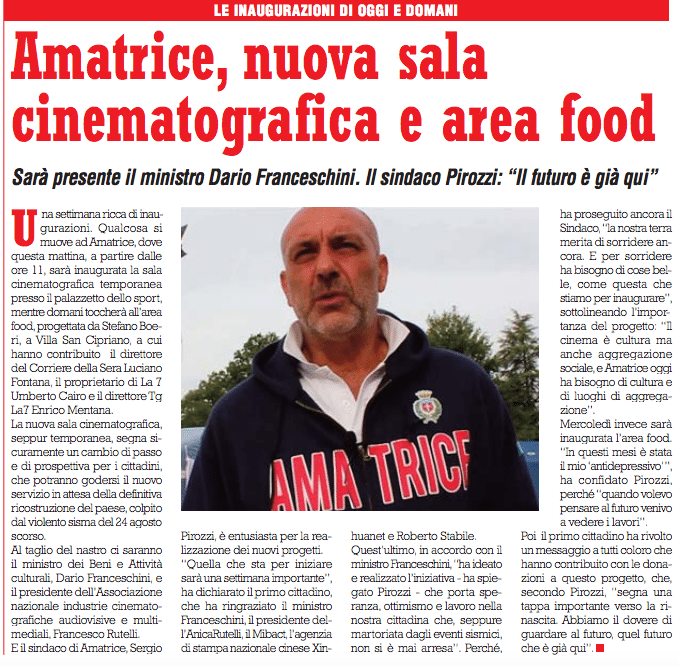 This morning in Amatrice will open the temporary cinema at the sports hall. Wednesday, April 12th the inauguration of the food area designed by Stefano Boeri, in Villa San Cipriano. The editor of Corriere della Sera Luciano Fontana, the owner of the 7 Umberto Cairo and Tg LA7 director Enrico Mentana contributed in this initiative. “Amatrice today needs culture and gathering places” said the Mayor Pirozzi, who says about the food area: “In these months was my antidepressant, when I needed to think about the future I came to see the work.” Then the Mayor addressed a message to people who contributed with donations to this project, which “marks an important step towards the revival. We must look to the future, the future that is already here“.