HomePress release FOCUS | TIRANA: HOW TO TRANSFORM A CITY

FOCUS
TIRANA: HOW TO TRANSFORM A CITY 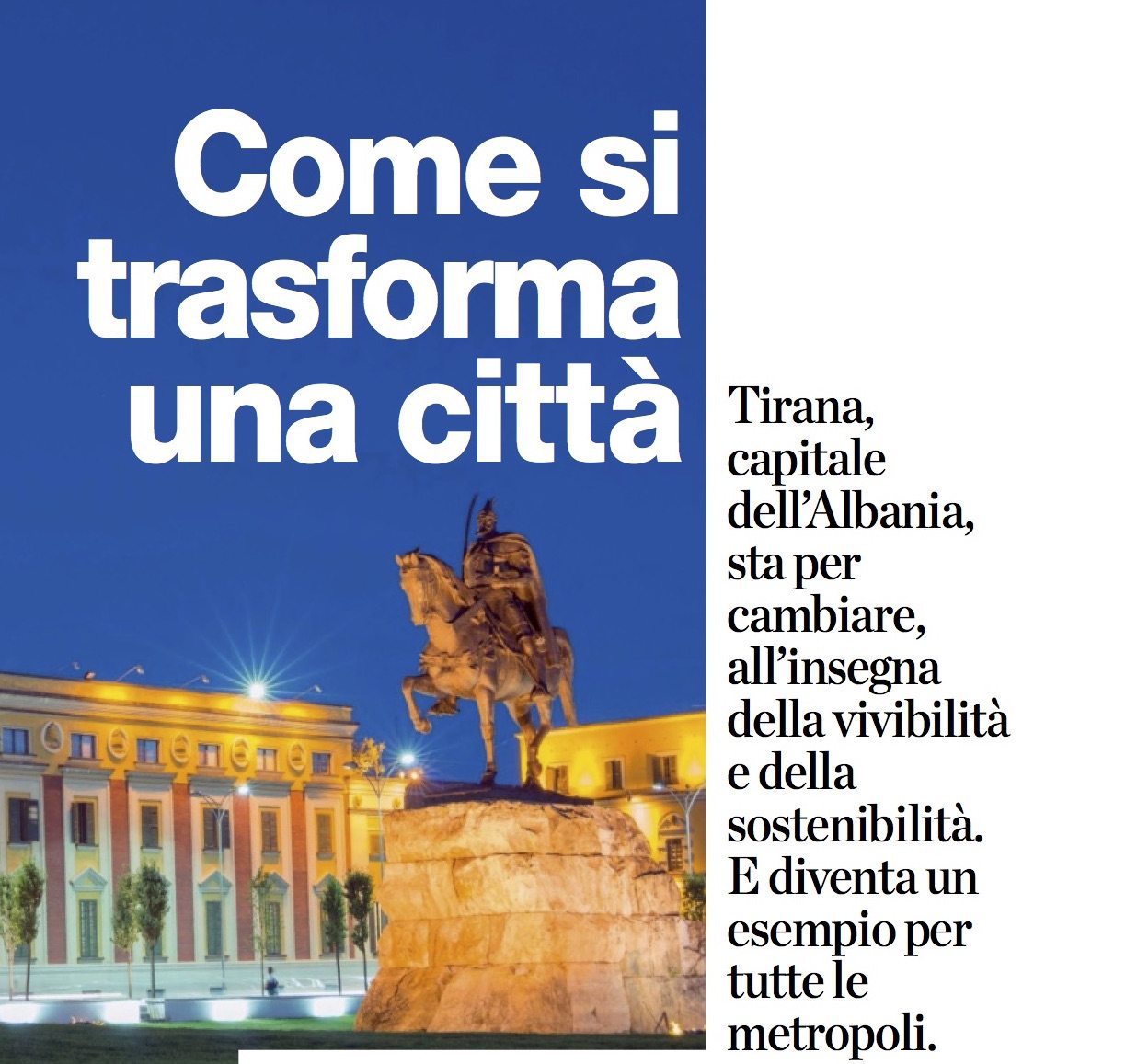 Tirana, Albania’s capital, is going to change, focusing on livability and sustainability. It will become an example for all cities.

Focus Magazine interviewed Stefano Boeri on the new master plan of Tirana, where Stefano Boeri Architetti’s studio of Milan, together with the Dutch team Unlab and Ind, is going to give a modern face to the Albanian city. There is great excitement for the new project of the Albanian capital, leaving the communist dictatorship of the Nineties and has gone through a decade of political and architectural anarchy until 2000. Then, thanks to the interventions of the new mayor Edi Rama, 36, former Minister of Culture and established artist in Paris, things start to change. Immediate cleaning of the river by illegal buildings. And then Rama colors the city, transforming the face of the gray buildings and square inherited from the communist regime. From the initial criticism it is passed to the consensus of the citizens, who are beginning to participate in the choice of colors of their neighborhood. “An initiative that simply becomes a factor of rebirth” emphasizes the architect Stefano Boeri, which explains the next step: the orbital forest. The winning proposal of the Italo-Dutch team is full of green and livability: “First of all we want to stop the crowds development of the city to its present boundaries, and we do it realizing an orbital forest with 2 million new trees that marks the border” says Boeri. In essence, a continuous green belt, irregularly shaped, which surrounds the town. Beyond it will not build. “Then we expect the construction of two green rings in the central part, cycling and walking, and try to recover some of the developed land and allocated it to green and public services, which today are entirely lacking. For example, we propose the creation of twenty new schools, but are open all day and also offer services for the neighborhood”.
So it’s reorganization of space in maintaining the good that the architecture of the city presents. “Tirana is incredible from the point of view of history pieces of the ‘900 that are mixed in the city” continues Boeri. Infrastructure and green are in balance in the Boeri vision of the modern metropolis, where you have to find different balances: between past and future, between the city center and countryside, and also between men and nature. “We are very careful with this last point. It is not just to multiply the green areas, which in the case of Tirana will be tripled, but also to regain a relationship with nature in general (…) With our plan, we proposed the creation of a large nature reserve south of the city , around the lake Farka, where man does not conflict with other species“. That’s the big picture that takes shape for the XXI century city. Not only in Tirana. It’s a model that can be exported to other cities. “For example, I worked with Paris, which has a very ambitious project, also looking to her candidacy for the Olympic Games of 2024: 20% increase in plant surfaces by 2020 using the roofs of the buildings” says Boeri. “We are working in the same vein in San Marino, that of development, sustainability and attention to culture. We are also bringing the idea of ​​the Vertical Forest in Milan that we have achieved in different cities of China and also in Lausanne, Switzerland“.