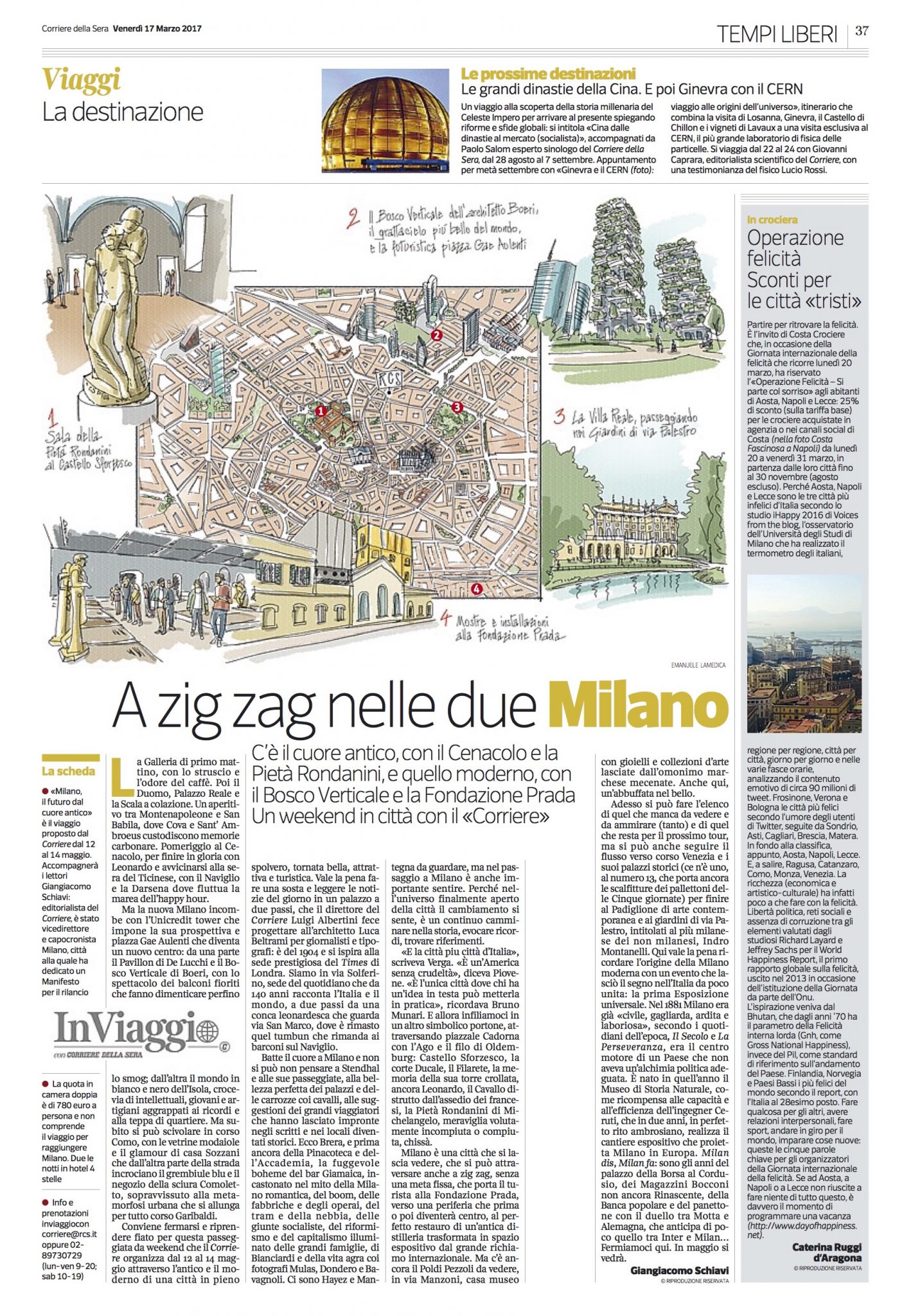 There’s the old heart, with the Rondanini’s Cenacolo and Pietà, and the modern, with the Vertical Forest and the Prada Foundation.
Corriere della Sera organizes the itinerary of the weekend May 12 to 14 through the ancient and the modern Milan, a city in full explosion of beautiful, attractives and tourists. The early morning tour in Galleria (gallery) with peolple and smell of coffee. Then, the Cathedral, the Royal Palace and La Scala for breakfast. A drink between Montenapoleone and San Babila, where Cova and Sant ‘Ambroeus guard memories. Afternoon at the Cenacolo, to finish in glory with Leonardo and get closer to the Ticinese evening, where floats the happy hour.
But the new Milan looms with Unicredit tower that imposes his perspective and Piazza Gae Aulenti that becomes a new center: on one hand the Pavillon De Lucchi and the Vertical Forest by Boeri, with its spectacle of flowering balconies that make even forget the smog; across the globe in white and black island, the intellectual crossroads, young artisans. But now you can slip in Corso Como, with fashionable shop windows and glamouros Sozzani House, across the street to the store of Comoletto, survived the urban metamorphosis that stretches throughout Garibaldi Street.