CORRIERE DELLA SERA
A NEW SCHOOL IN ARQUATA AFTER THE EARTHQUAKE 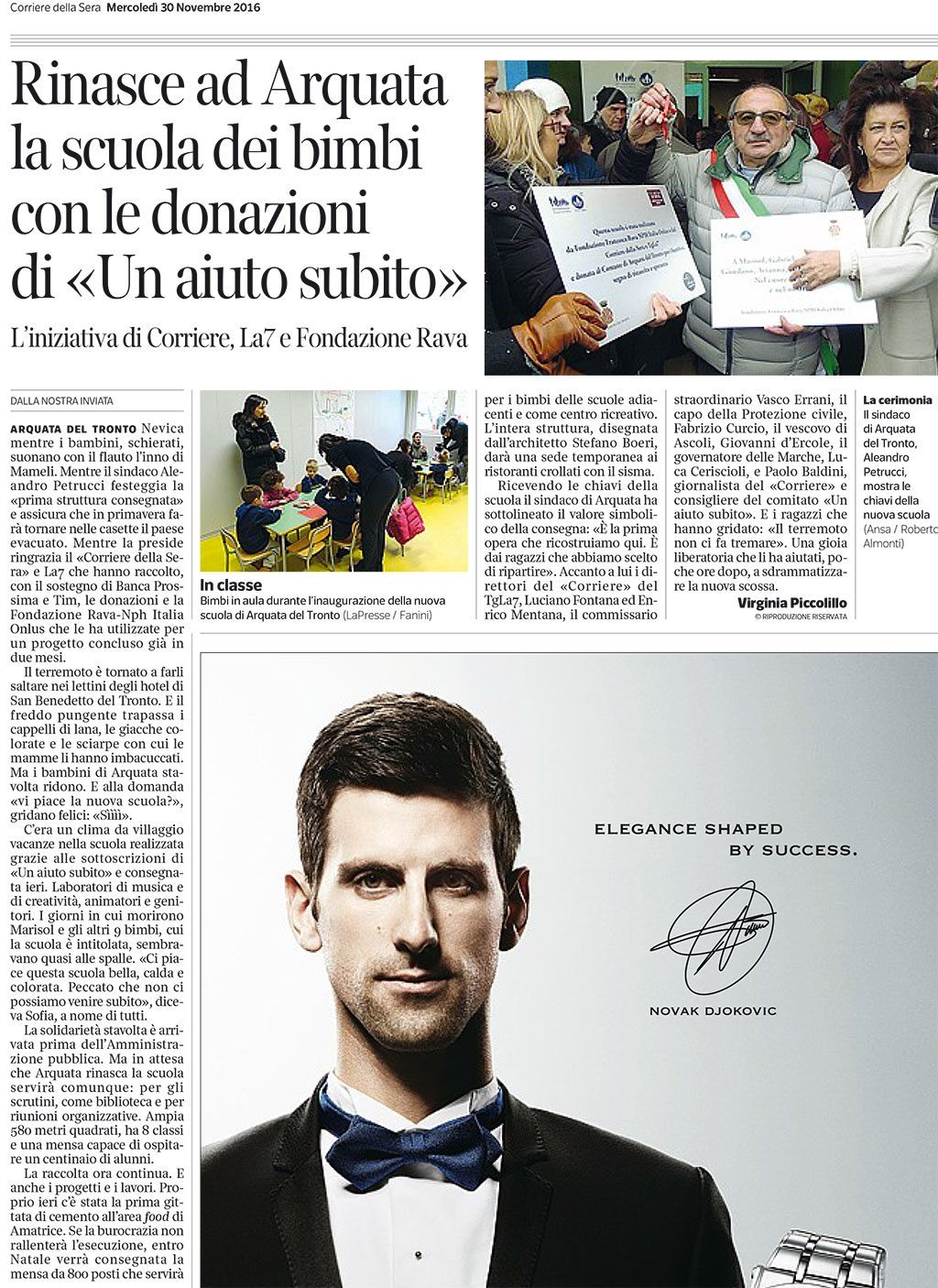 Yesterday the children living in Arquata del Tronto, one of the town almost destroyed by the earthquake in last August, received their new school, thanks to the fundraising organized right after the disaster, by Corriere della Sera and TG La7.

Thanks to the same fundraising, remembers the article, within Christmas will be ready the new school refectory in Amatrice by Stefano Boeri Architetti, which will be built in the center of a new food court. The example of the school of Arquata can boost Boeri’s project in Amatrice too.