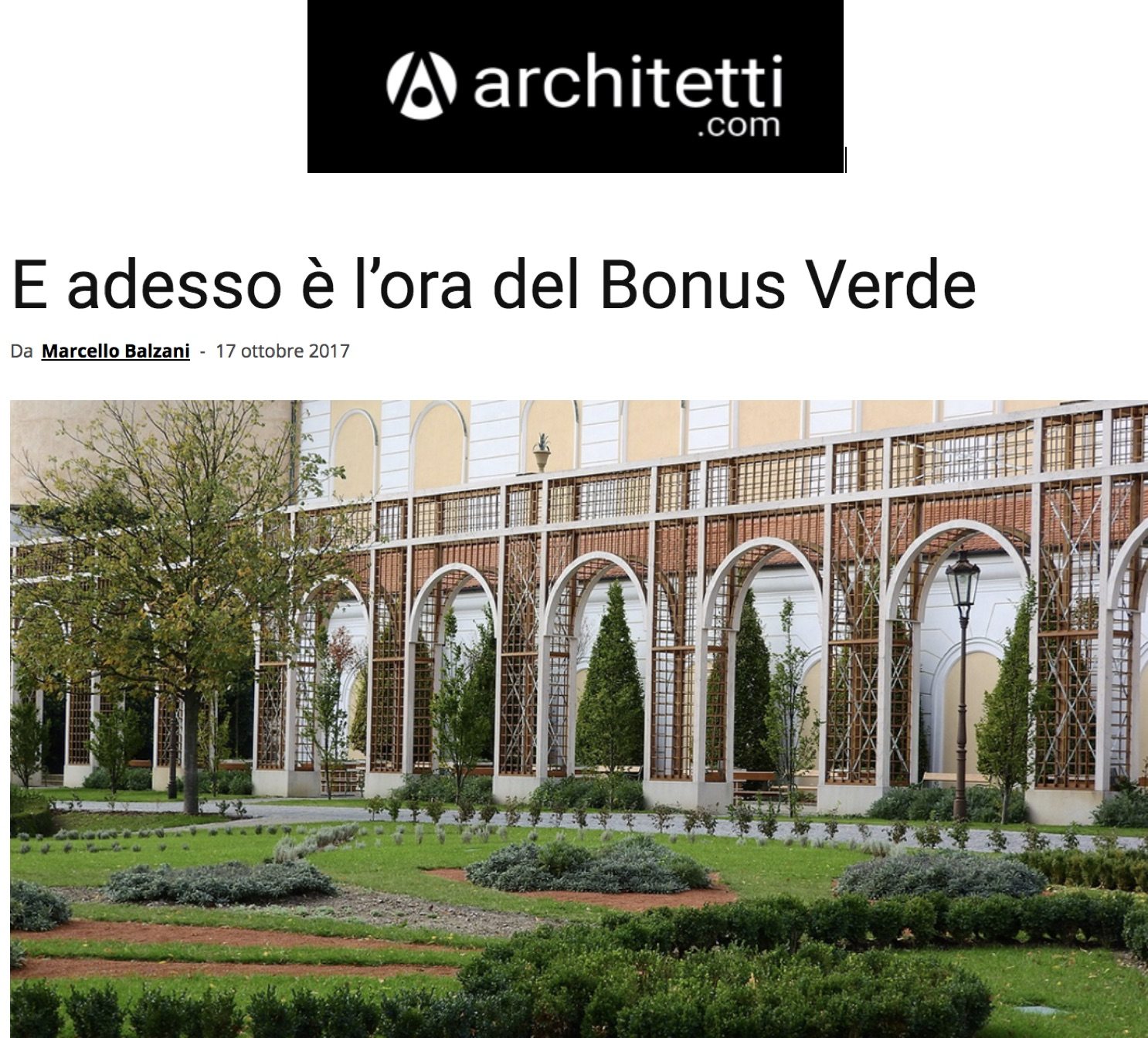 The new maneuver of the Budget Law approved on October 16th, 2017 by the Council of Ministers, also included the Green Bonus, a new type of tax bonus, covering the possibility of deductions up to 36% for expenditure on gardens and terraces and recovery at green. Stefano Boeri participated in the discussion on introducing the norm in a meeting with the House of Representatives, where he expressed the trend in Europe that will increase the surface area to 20% green coverage. The subject is of great interest and develops various ways of dealing with the problem. On the one hand, the technology that thinks about green as an architectural component of urban scene. On the other hand, there is the way expressed by Gilles Clément, the great French landscapist of The Garden the Motion and Third Landscape Manifesto (Quodlibet) who perceives (and defends) green spaces as spaces of diversity. True places where natural dynamism takes over.